Our acclaimed UNW Orchestra has performed in Ireland, Italy, Switzerland, and Austria. Explore opportunities to share your passion for orchestral music with this esteemed ensemble. 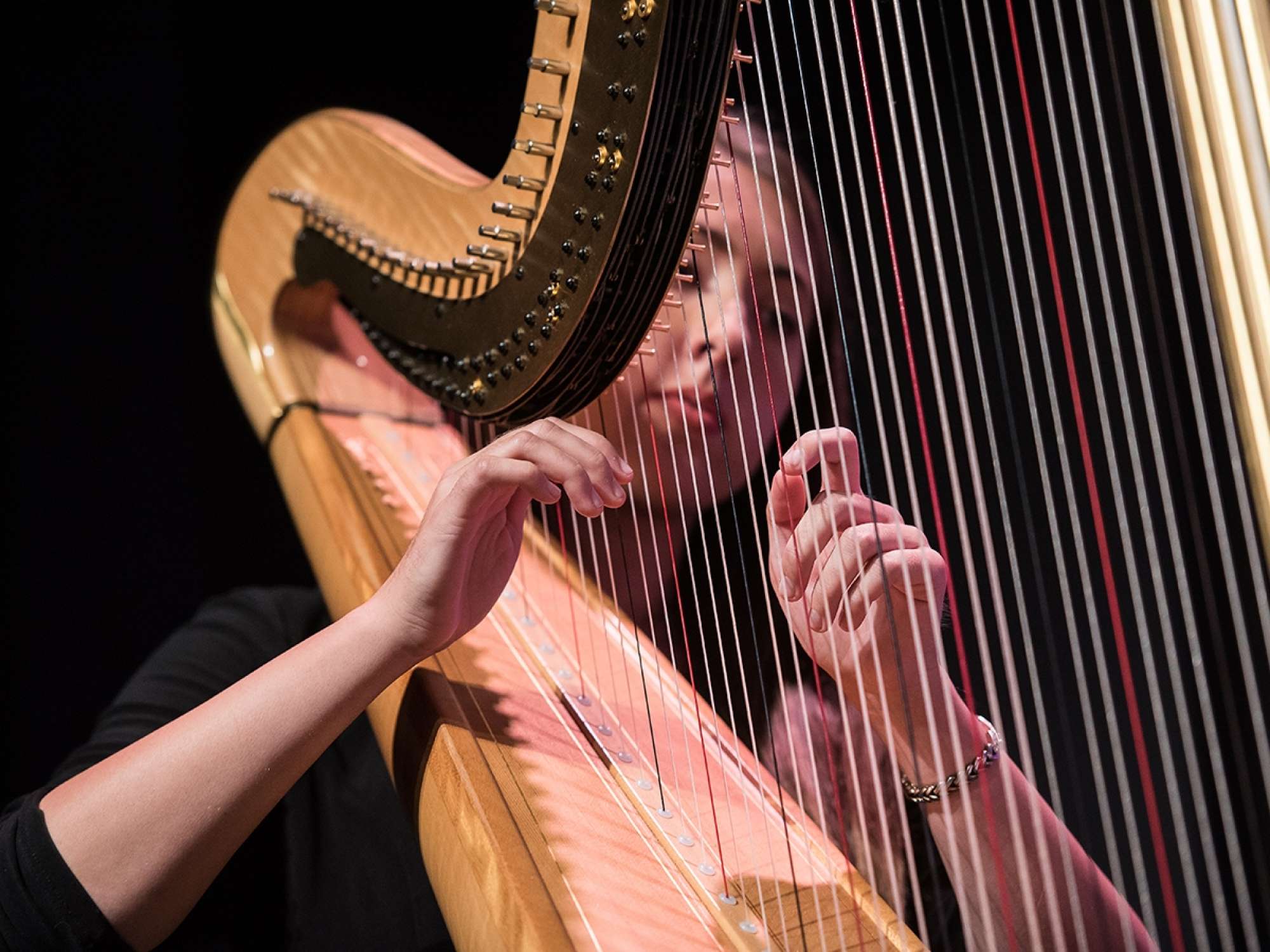 The UNW Orchestra, under the baton of David Kozamchak since 2003, fulfills its mission to glorify God while providing music majors, music minors, and students from other academic disciplines with the opportunity to play a wide variety of orchestral literature from Baroque to contemporary, as well as jazz, film, and newly-composed music. The ensemble has performed for the Minnesota Music Educators Association Midwinter Clinic and in 2007 represented the United States at the XVII International Music Meeting in Padua, Italy.

Committed to a full spectrum of historic music and music of the present, the UNW Orchestra has presented world premieres of Cowboy Songs by Libby Larsen, Sacred Americana Suite by faculty member Barbara J. Rogers, collaborated with the Northwestern Choir in the full-length opera Ruth by Rogers and Pamela S. Wynn, and Hollywood film composer/orchestrator and alumnus Jordan Cox: Zachor, Andante and Capriccio for English Horn and Orchestra, The Holly and the Ivy, and Arran & Nerys which featured UNW faculty members Roger Frisch, violin, and Michele Frisch, flute.

On campus, the UNW Orchestra pursues its mission through numerous performances, including the Homecoming Fall Showcase with the Symphonic Band and Northwestern Choir and the Concerto-Aria Competition Winner’s Concert. Its annual Children’s Concert for thousands of Twin Cities school children and their families has featured a musical instrument “petting zoo” and various children's activities prior to the show.

The UNW Orchestra Praise Chapel has become a very popular praise and worship chapel, and the orchestra has regularly collaborated with the Northwestern Choir in presenting choral-orchestral masterworks such as Brahms’ A German Requiem, Beethoven’s Choral Fantasy and Mass in C, Schubert’s Mass in G, Gloria by Vivaldi, J.S. Bach’s Cantata BWV 80 “Ein Feste Burg ist unser Gott,” and Mendelssohn’s Lobgesang, among others.

The UNW Orchestra has presented domestic tours throughout the United States from Florida to Hawaii and in the Midwestern United States, and extensively throughout the Twin Cities of Minneapolis and St. Paul. Every fourth year, the ensemble travels overseas. In its history, the UNW Orchestra has appeared in prestigious concert venues in Italy, in France at the Halle aux Grains in Lavaur, and at the Church of St. Denis in Nuits St. Georges, where a local critic described the ensemble as “Magnificent! A quality orchestra!” In Switzerland, the UNW Orchestra concertized in the Cathedral of St. Pierre, in Aula Hall at the Collège Calvin in Geneva. Their visit to Austria featured performances in Haydn Hall in the Esterhazy Palace in Eisenstadt, at the Orangerie at Vienna’s Schönbrunn Palace, and Votivkirche. Does your toe tap to jazz? Want to play in a swing band? Learn more about our Jazz Ensemble. Deepen your passion for chamber music by joining this motivated and collaborative group of musicians. Learn about our vibrant piano program. Start your application to audition.