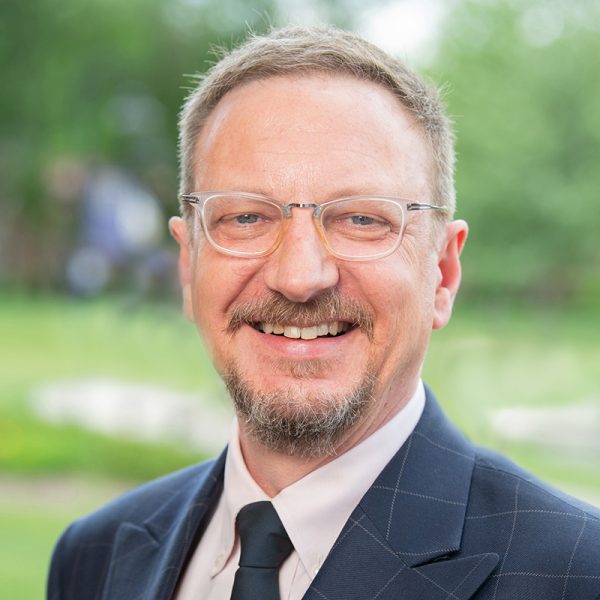 Dr. Moss serves as Dean, College of Arts & Humanities; Interim Dean, College of Behavioral & Natural Sciences; and Professor of Music at Northwestern, where he received the 2021 Faculty Award for Excellence in Scholarship. He is a past national president of the American String Teachers Association, five times chaired the ASTA National Orchestra Festival, and held office on ASTA’s Executive Board. He has coauthored Sound Innovations series method books for Alfred Music, as well as numerous published string orchestra arrangements for Alfred and Carl Fischer. Moss has appeared as a guest conductor, clinician, or adjudicator in nearly forty states and Australia.

The University of Florida School of Music awarded him an Alumni Outstanding Achievement Award, and he has received six ASTA National Citation for Leadership & Merit awards. With twelve years of experience teaching elementary, middle, and high school orchestras, groups under his direction have earned distinction at state, national, and international events. One of his former high schools honors him by annually awarding a college string scholarship in his name.

Kirk and his wife, Deb, celebrate more than thirty-five years of marriage and have three children: Bethany, Luke, and Lydia.