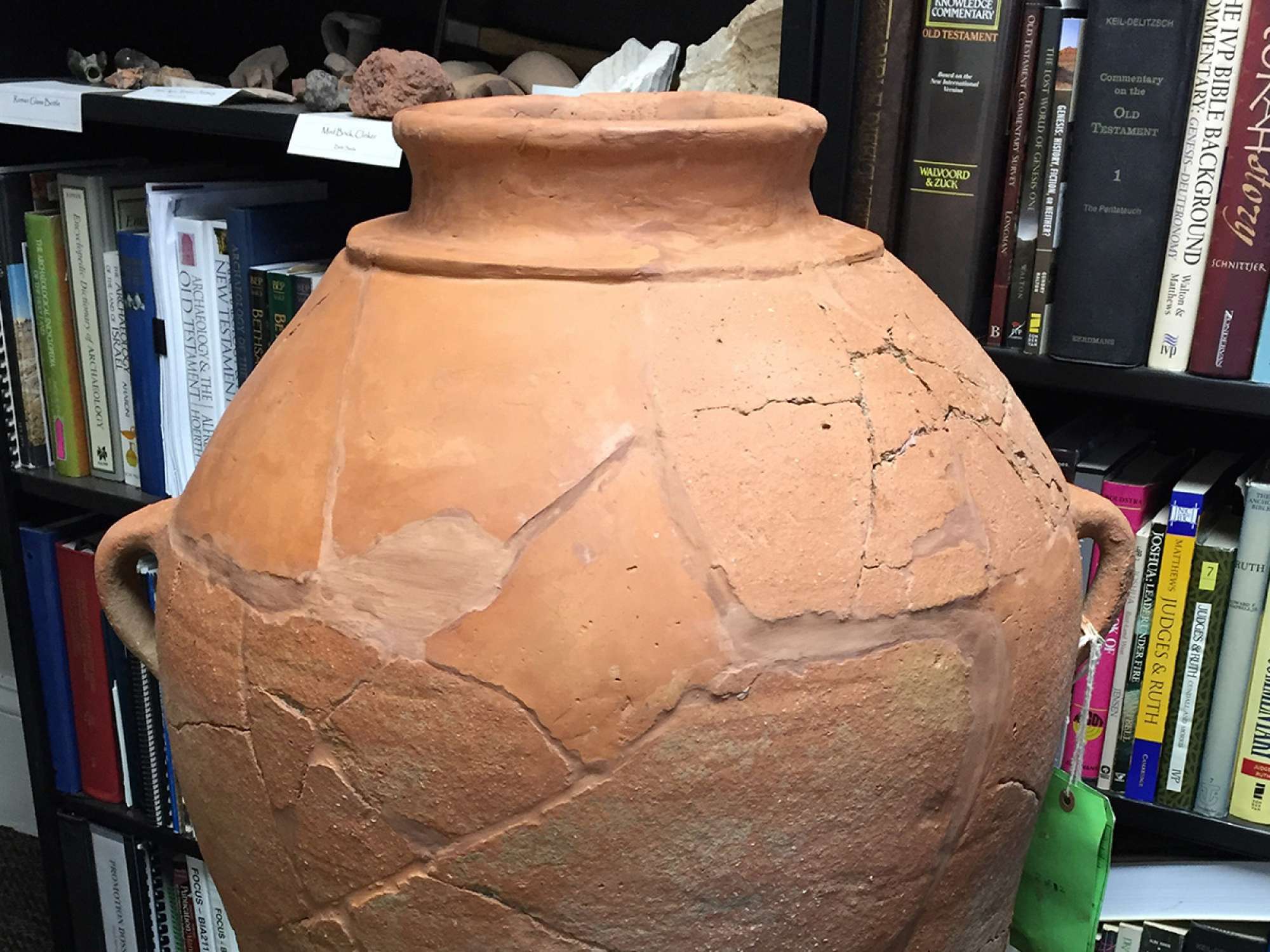 Last summer, Dr. Boyd Seevers, professor of Old Testament studies, traveled to Israel to work on an archeological dig, where he and his team, including UNW alumni Wade Weeldreyer and David Gerry, sought to confirm the historical accuracy of the book of Joshua. He uncovered an artifact that illustrates life in Israel at the time of Judges and may pinpoint the location of an ancient city.

The pithos—a large storage jar—was discovered 10 miles north of Jerusalem at a site called Khirbet el-Maqatir in the West Bank of Jordan/Israel. This location has been prime ground for excavation for the last 20 years because of its great biblical and historical significance.

Prior archaeological work at Ai had not revealed remains from the time of Joshua, but Khirbet el-Maqatir is now proposed as a possible alternative location that could also have been called "Ai" during the time of Joshua. If this is correct, then the biblical historicity of Joshua 7-8 can be confirmed. Excavations at Khirbet el-Maqatir have revealed a Canaanite fortress established ca. 1500 BC and destroyed ca.1400 BC—a probable date for the Israel conquest.

Dr. Seevers and his group also found Israelite homes from the time of Judges built two hundred years later along the wall of the earlier fortress. In the ruins of one home, they found a large, nearly-complete Israelite storage jar, called a pithos, which is characteristic of Israelite culture for that time. 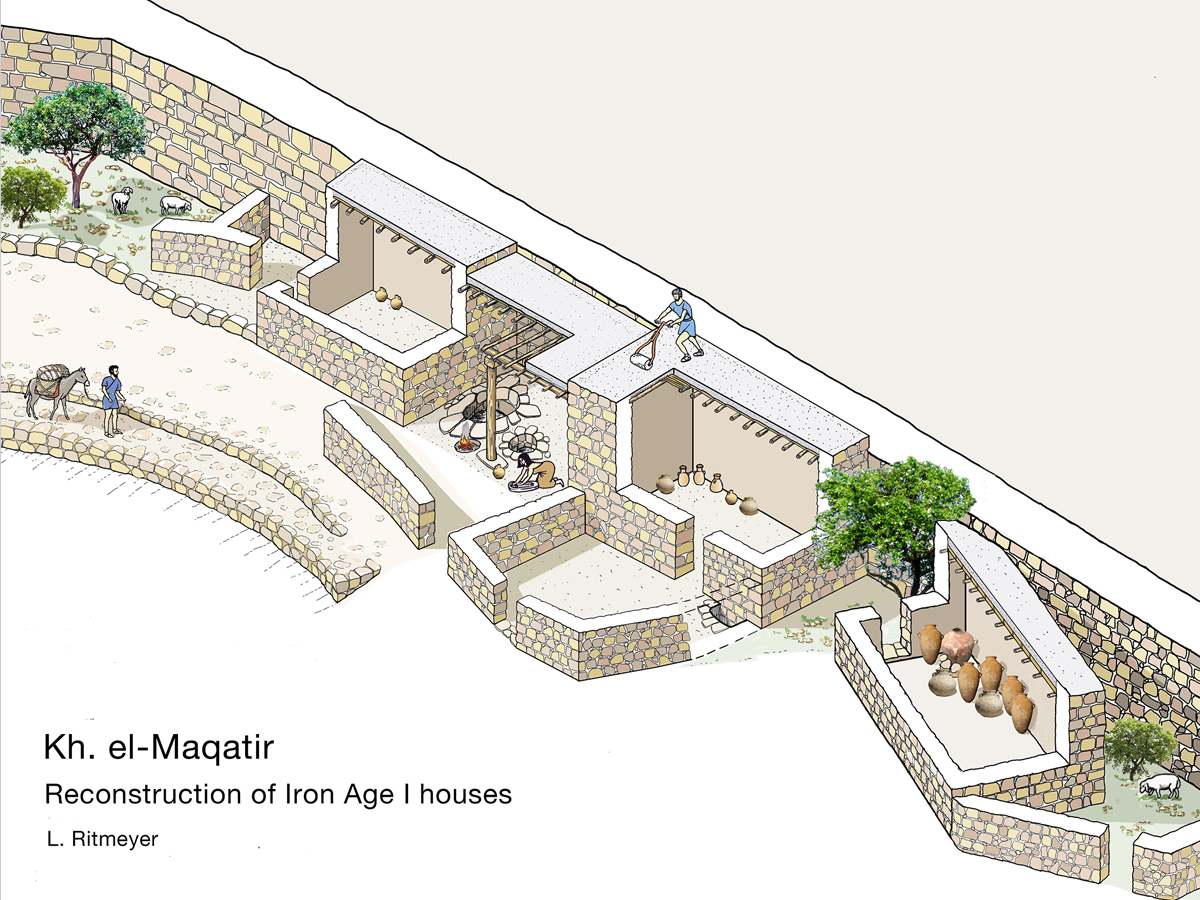 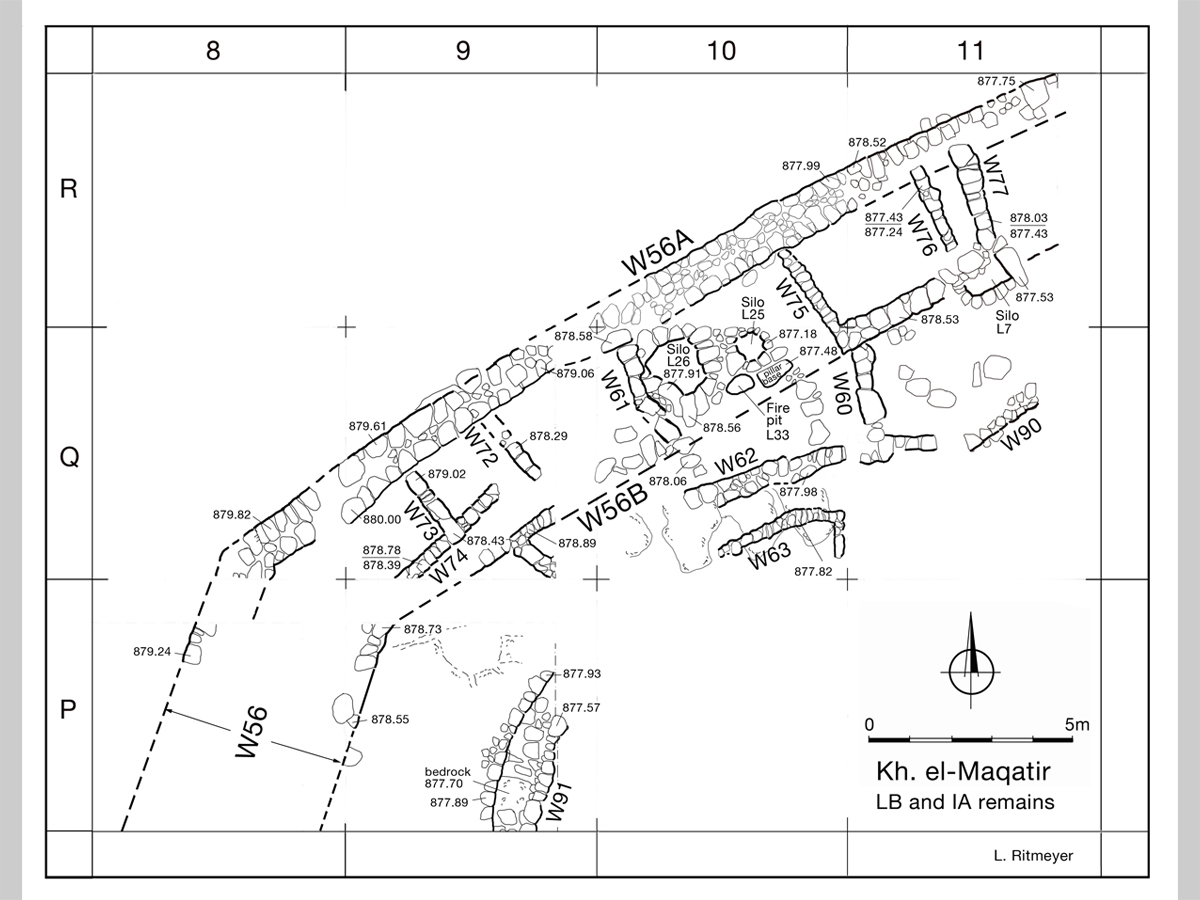 Seevers travels at least once a year to Israel, the country where he lived for eight years. As University of Northwestern's J. Edwin Hartill endowed professor, Seevers receives course release time allotted to work on scholarship. His focus is research, excavation, and publication of the finds at Khirbet el-Maqatir. 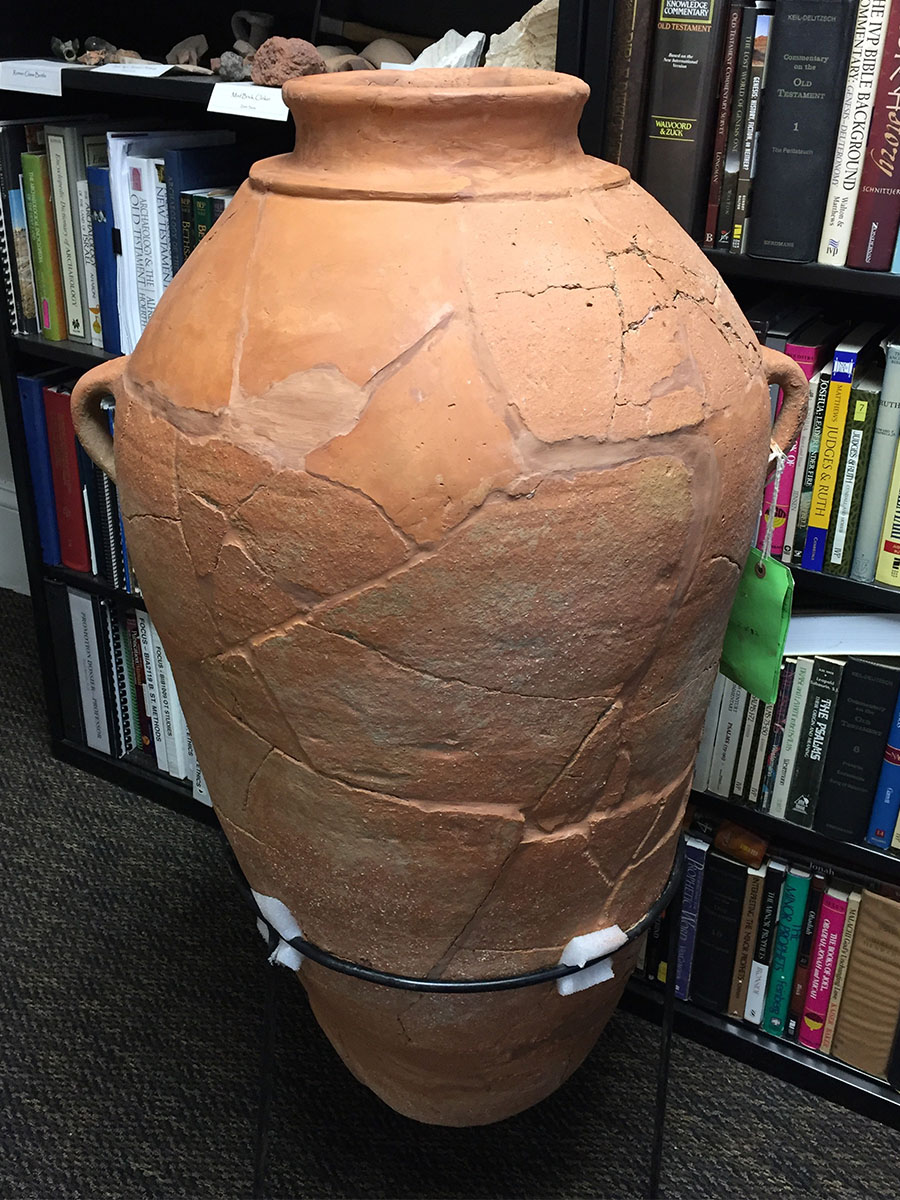 Since Northwestern participated in the funding of the restoration and transportation, the pithos will be on display at University of Northwestern's Berntsen Library for a year, on loan from the Israel Antiquities Authority. Dr. Seevers, Bauman, and Ziemer will also present on the pithos at the Faculty Scholarship Symposium on May 5 at 2:15 in the Nazareth Great Room.

Seevers has already conducted much research concerning archaeology and the Old Testament. He has presented on such topics at Northwestern’s Faculty Scholarship Symposium each May. He has also presented and co-presented at multiple national conferences on topics connected to the Khirbet el-Maqatir dig and on additional historical and biblical topics. Seevers has published on such topics in multiple articles and books. One of his books, Warfare in the Old Testament: The Organization, Weapons, and Tactics of Ancient Near Eastern Armies, highlights tactics and weapons such as those used during Israel’s conquest of Ai. This work of his is one among many on biblical topics, including The Quick Start Guide to the Whole Bible: Understanding the Big Picture Book-by-Book and Hidden in Plain Sight: Finding Wisdom and Meaning in the Parts of the Bible Most People Skip.

Seevers is one of 10 full-time faculty members within the Biblical and Theological Studies Department (B&TS). B&TS faculty regularly travel to Israel on study trips with students in addition to traveling as conference presenters and guest lecturers for KTIS sponsored tours. More information about study trips can be accessed on Northwestern’s study trips page.

Learn world history, from the world of the Bible and church history, all the way through American and 21st-century world, studying under professors who are consulted internationally for their expertise. The program examines the settings and contexts of some of the most influential events in history and offers a deeper understanding of the Bible and the human experience. Foundation are built for careers in education, law, government, public administration, ministry, business, and other fields.

Learn world history, from the world of the Bible and church history, all the way through American and...

Find your mission as you follow your passion to study God’s Word. Immerse yourself in theological topics. Interpret biblical passages and discover their relevance to life. See how church history shaped theology. Read the Bible in its original languages. Get cultural perspective on people and customs in the Bible. Enrich your experience by studying abroad in Israel. Be rewarded for excellence in your studies.

Find your mission as you follow your passion to study God’s Word. Immerse yourself in theological topics....