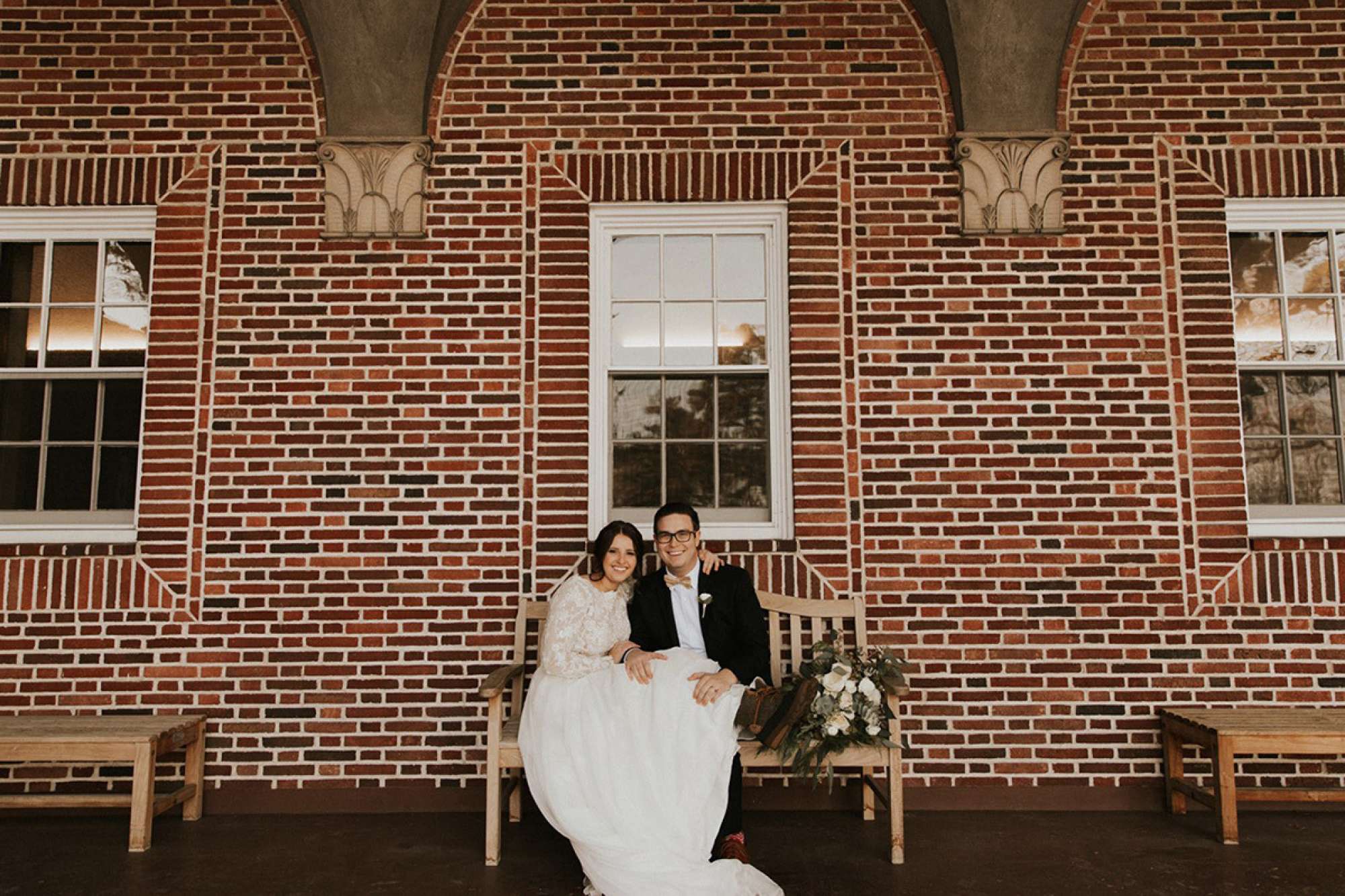 Abbie (Nelson) ’19 and Jake ’19 McDermott are new to the Alumni family, graduating from Northwestern just this past December. If graduation wasn’t a busy enough time, the McDermotts planned their wedding for the following day, and left for a two-week trip to China after getting married! Fresh out of college, new to married life, and back in Minnesota, the couple reflected on their time at Northwestern and shared where the Lord has them now.

The couple met during their sophomore year and not long after starting to date, knew the Lord brought them together for a purpose. Jake’s reflection on his time at Northwestern centered on how grateful he was for the ministry professors and how invested they were in his learning. He shared how Northwestern pushed him to grow in leadership and how he was able to learn more about himself through his ministry education. He also valued the experiences he had through networking opportunities and how the Lord provided through them, eventually leading to the job he has now.

When talking about the highlights of her time at Northwestern, Abbie focused on the people she met and the communities she was a part of. Abbie was blessed with an on-campus job working for the Alumni Relations team, where she had amazing community and gained confidence to enter the workforce. Abbie is also a talented athlete, finding a home on the UNW softball team for three seasons. Through softball, she formed lifelong relationships with teammates and coaches. Abbie also developed quality leadership skills, setting an example to her fellow teammates on and off the field.

The Lord’s providence played a key factor for Abbie and Jake leading up to graduation. Not only were both of them able to graduate a semester early, but God provided amazing jobs for them during their last semester. The couple talked about the blessing it was to transition out of school without the stress of job searching. Jake is currently serving as the Leader of Kids Ministry at Eagle Brook Church's Lakeville campus. Jake envisioned himself in a church setting but never pictured working with kids; through interning with Eagle Brook, God instilled a heart for kid’s ministry in him. Abbie is currently serving as the Executive Assistant at Presbyterian Homes. Although not picturing herself in this role either, Abbie talked about the blessing it has been to serve older adults because, “the elderly are image bearers, too.”

Abbie and Jake continue to see Christ radiate in each other. Jake sees Jesus shine in Abbie through her passion to gravitate towards the outsider and underprivileged. "Abbie carries a servant’s heart and is always willing to listen and help however she can." Abbie sees Jesus displayed through Jake in his unconditional love for her and others. Jake pursues her like Christ does the Church and extends abundant grace to those he encounters.

A few of their favorite perks of married life are no more saying “goodbyes” at the end of the night. The best part of their days is coming home and spending time together. Another part of married life they love is cooking meals and eating together. Some things they are navigating are how many alarms it takes to wake Abbie up in the morning, sharing cooking responsibilities, getting to places on time, and keeping their home tidy.

What’s in store for the McDermotts now? Abbie and Jake are loving life together and flourishing where God has them right now. They are relying on the Lord to lead, wherever and whenever that may be. Abbie and Jake spend quality time together watching movies—going all out with popcorn, blankets, drinks, and candy. As we reach the downhill climb of winter, the McDermotts are looking forward to getting new bikes. Abbie and Jake enjoy cycling  and are patiently waiting for the snow to melt so they can get out on the trails. What do you do when life throws you an unimaginable curve ball? For Joe Delagrave, he never could have...