Are We Home Yet? | University of Northwestern, St. Paul

Are We Home Yet? 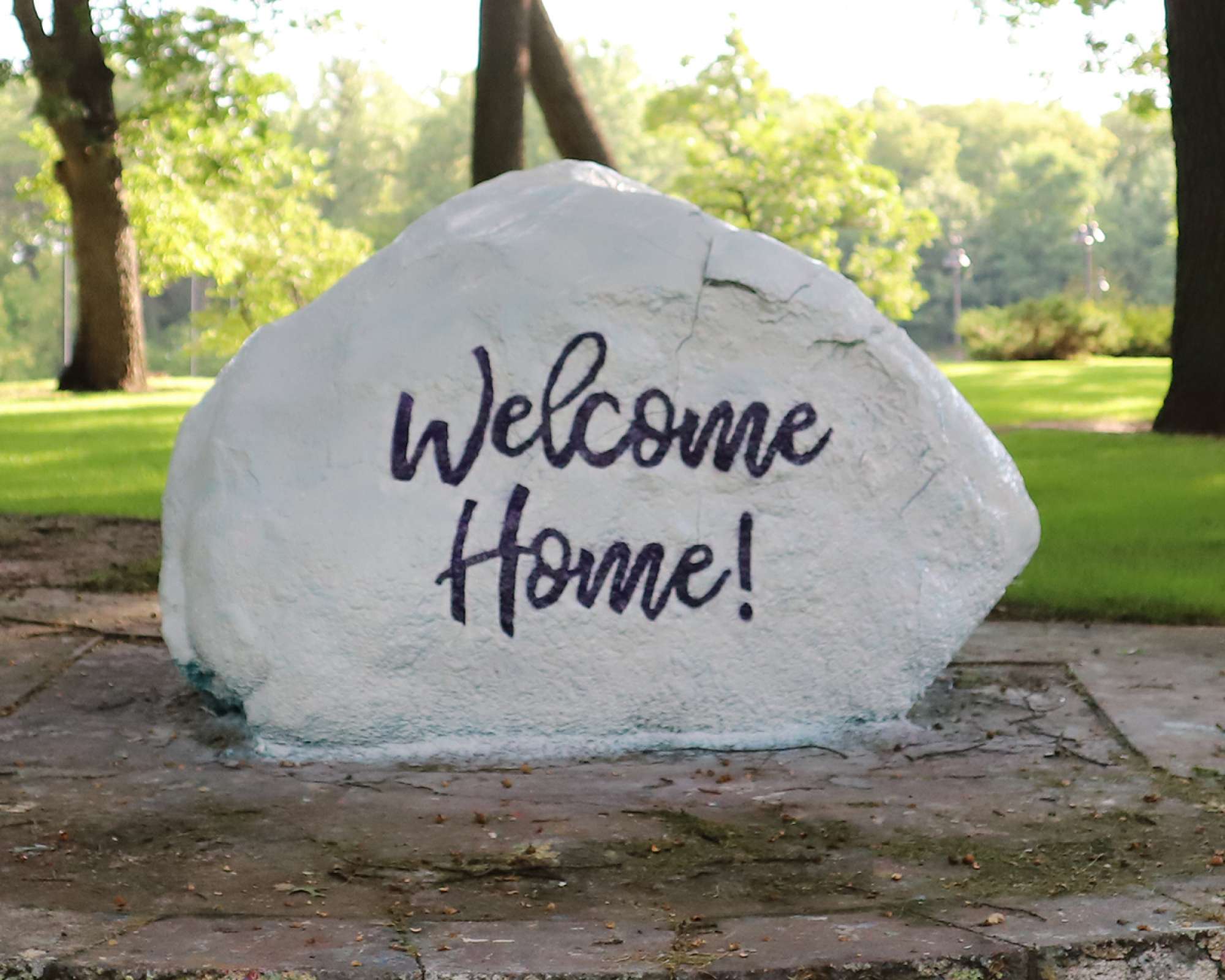 When we don’t recognize the landscape, it’s easy to feel disoriented. I’m old enough to remember a childhood when our favorite holiday special, Rudolph the Red-Nosed Reindeer, was not available on demand. The special stuff, like The 10 Commandments and The Great Pumpkin, only came around once a year. The annual movie that both thrilled and terrified me was The Wizard of Oz. Mom would get her three kiddos scrubbed and into jammies, spread a white sheet out on the family room floor, and set us down with a bowl of popcorn—and Dorothy. When the tornado spun Dorothy into the sky and dropped her in a land like nothing she’d ever even imagined, it was both exhilarating and unsettling. Fantastic colors and creatures popped from the screen. Unfortunately, so did the wicked witch and those disturbing flying monkeys.

Does it feel like home yet? Orientation Week was also both exciting and confusing. While the returning students were obviously eager to be together again, for some new students, the staggered-for-safety move-in meant settling into an unfamiliar landscape with very little “color” until the orientation action kicked in on Monday. No matter their student status, campus looked like nothing students had ever seen before. They discovered a limit of two per table for dining and Plexiglas between them and their lunch companion. Orientation sessions on the lawn were arranged in a socially distanced grid with orange markers indicating where to sit. Some students in the “rotate out” group for hybrid classes took the first turn on Zoom the very first day of class. Faculty showed up to class in sci-fi worthy face shields. Theatre students took over the NAZ courtyard for outdoor rehearsals and students used staff conference rooms as newly-approved study areas. As amazing as it was to see the preparations in action and the way our faculty and staff pulled together to pull off this complex feat, there was a good measure of confusion. We definitely came home to a strange new land.

We are learning to make friends with the unfamiliar. Dorothy landed in Oz quaking with fear when Glinda the Good Witch made an unexpected appearance. However, as Dorothy followed Glinda’s instructions and lived into the journey, she found comfort and stability in the most unfamiliar companions. If Glinda was scary, the Scarecrow, Tin Woodman, and Cowardly Lion should have sent Dorothy on a mad dash for Kansas. Instead, she found that these unusual companions were smart, loving, creative, and courageous. I’m watching our Northwestern students make friends with the unfamiliar. They have a new appreciation for the opportunity to be together. They are being more deliberate in making connections (let’s admit it’s harder to identify new friends when you can only see their eyes) and bonding over the shared experience of campus-during-COVID. They seem to be finding solidarity in sharing this new world.

The advantage I had in navigating Oz was that I watched it every year. I knew when to close my eyes and cover my ears until the scary bits were over. I also knew what we would find when we got to see the man behind the curtain. Unfortunately, COVID is a first. We still don’t know what to expect. Originally, I was certain we would weather this for a couple of months and be done. Now we are all getting used to the fact that it’s going to be a long, unpredictable journey down the yellow brick road to return to a COVID-free landscape.

We are going to make it because we are so strongly motivated to make it work. Our summer survey of students was clear—there’s no place like home at Northwestern. They asked us to do whatever it took to get them back on campus. I won’t lie. It was nowhere near as easy as clicking those ruby slippers together. Those of us on the committees spending long hours doing research, finding supplies, sitting in meetings, and drafting proposals know how daunting this was—and is—and will be. However, we also know how to find the silver lining in the cloud. Even in the unfamiliar, we’re grateful to be home and it shows. Let me share some examples:

When students arrived on campus, the words WELCOME HOME were painted prominently on the rock that serves as a kind of campus message board. For sure it feels like we are in uncharted territory. The changing culture and ongoing COVID battle will continue to test us, but something about this strange journey is also quite remarkable: After only one full week of class, all the things that seemed so foreign at first are beginning to feel almost NORMAL!

Whether we experience the familiar or we learn to make friends with the unfamiliar, there’s still no place like home at Northwestern.