Alumni Spotlight: Beyond the… | University of Northwestern, St. Paul

Alumni Spotlight: Beyond the Court 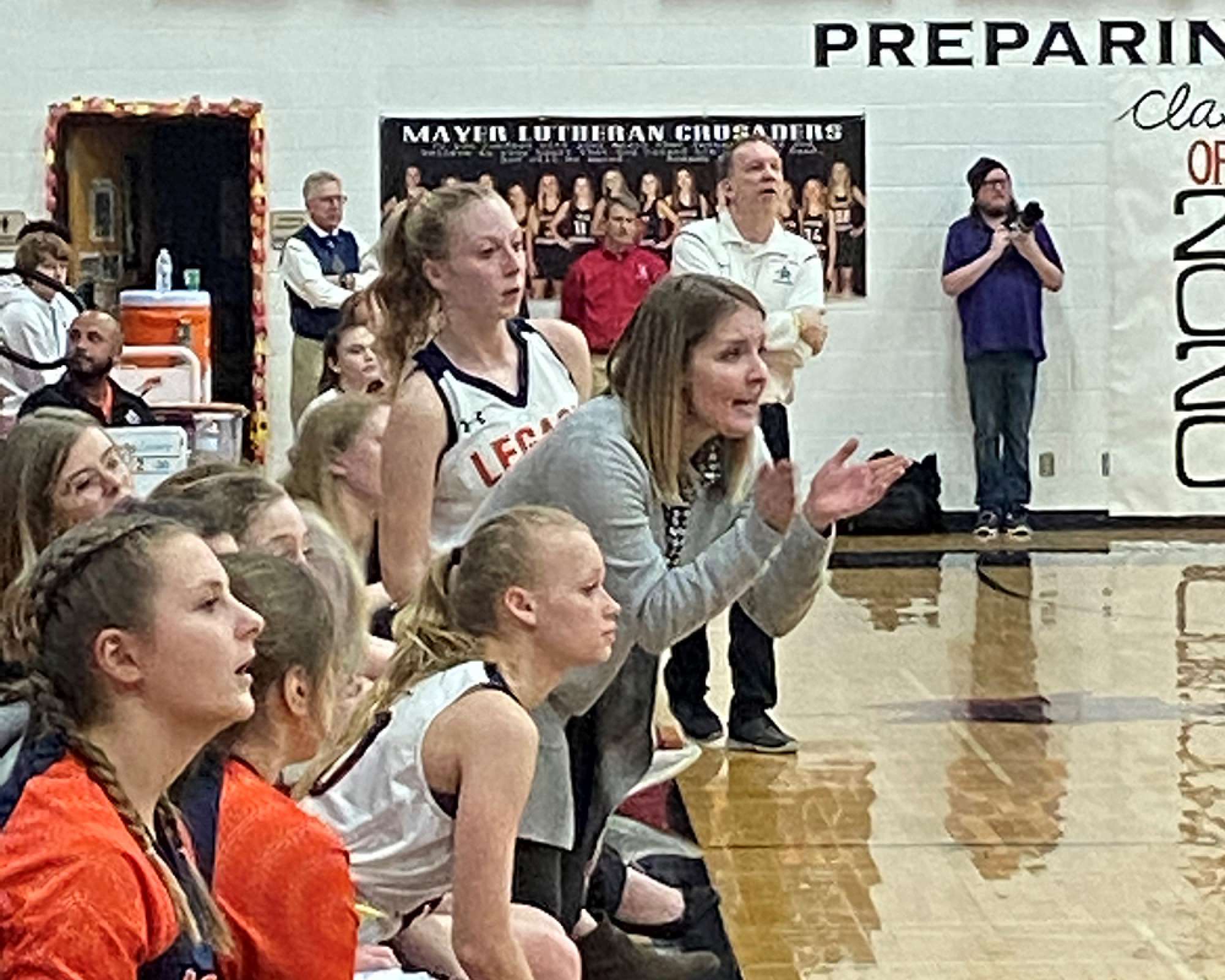 UNW Alumna, Kaia (Larson '14) Hill currently serves as the women’s head basketball coach at Legacy Christian Academy in Andover, Minnesota. Kaia has previously been involved as an asset to the women’s basketball team at Northwestern, both as a player and coach. Her journey through basketball is one filled with joy in how she played, heart in developing athletes, and a lasting impact on the women she coaches.

Aaron Kahl is currently in his 10th season as head coach of the women’s basketball team at Northwestern. Throughout Kaia’s time playing at UNW, she was drawn to the consistency Coach Kahl showed in shaping the team culture from season to season. Similarly, Coach Kahl commented on the influence Kaia had on the team as one of his players: “Kaia was a tremendous leader on and off the court for our team. Her positive energy helped us create and maintain a culture that welcomed everyone and helped everyone achieve their best.” Kaia’s experience at Northwestern inspired her to emulate a similar team culture at Legacy, where she now coaches.

Transitioning from player to coach at UNW, Kaia was able to glean a lot from Coach Kahl. She discussed the respect she received from him as a coach, feeling her opinion was always heard and her thoughts on different strategies was valued. Kaia also felt God’s hand in bringing her back to coach at Northwestern not only for what she learned but also for the opportunity in recruiting UNW players to coach alongside her at Legacy. 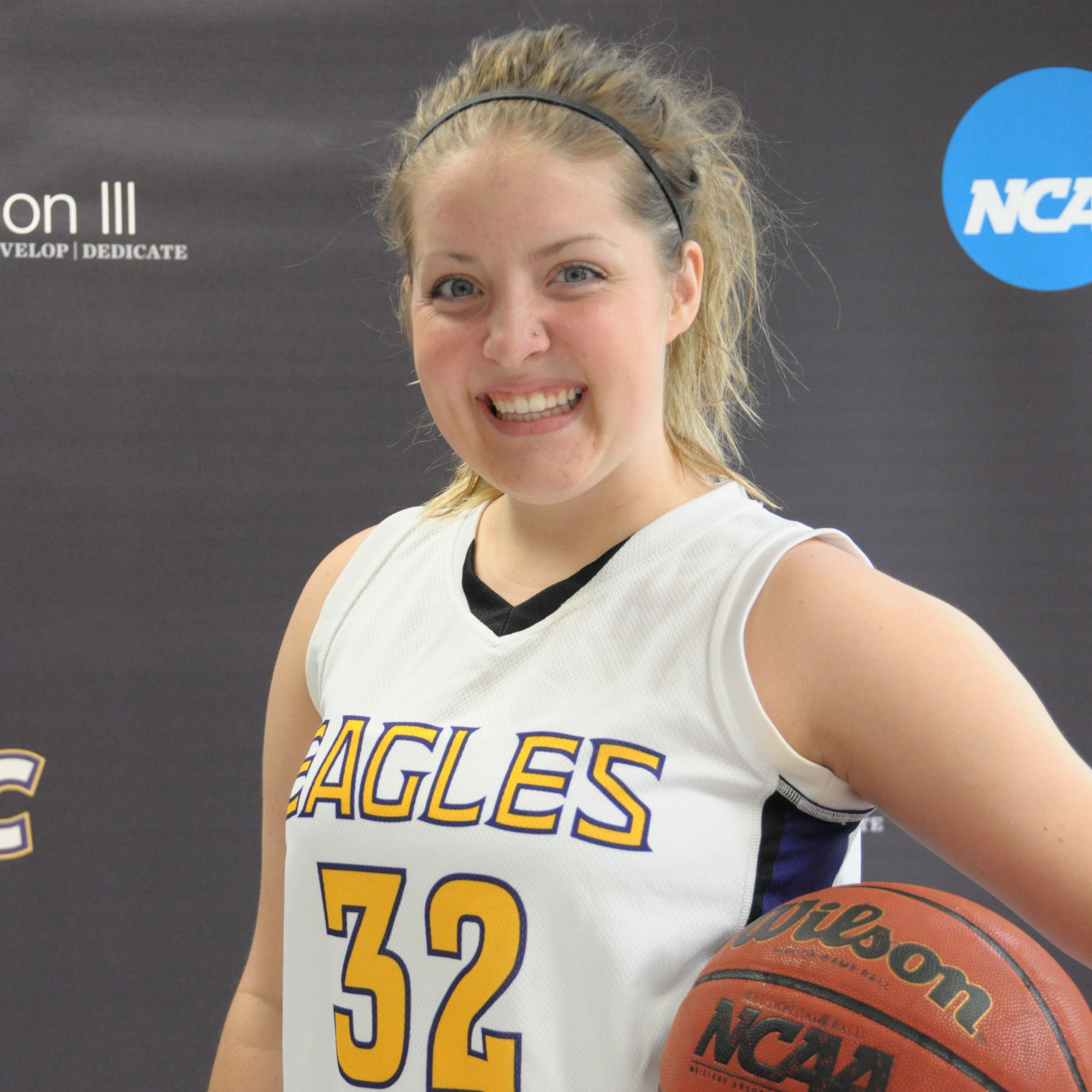 Nearing the end of her high school career as a player at Legacy Christian Academy, Kaia was recruited by Linda Schuck who was the UNW head coach at that time. The summer before her freshman year at Northwestern, Kaia was informed Coach Schuck would no longer be coaching the women’s basketball team. Although, not having the chance to play for her, Kaia still has a unique relationship with Coach Schuck. After feeling the nerves of becoming a head coach, she reached out to Coach Schuck who was intentional in giving advice and resources to set Kaia up for success. During one of her seasons coaching at Legacy, Kaia and the team felt discouraged after hitting a slump in their season. She received the words, “Kaia, it’s not pay day for you yet,” after confiding in Coach Shuck. This encouraged Kaia to stick to the process and trust that breakthrough was coming for both her and the team. Kaia has held on to those words, amazed that Coach Schuck would do so much for a player she never even coached.

Coach Kahl spoke highly of Kaia’s character remembering “her smile and her positive energy. She made an impact on those around her every day. It was a joy to coach her and later on to have her as a part of our coaching staff. I am so excited to see that she is now making an impact on future generations of basketball players!”

Kaia’s leadership is doing just that. She is intentionally focused on developing the character of the women she coaches alongside their basketball skills. Before each game, a coach or player leads the team in devotions, sharing what God has placed on their hearts—a practice Kaia picked up from playing basketball at UNW. Another tradition Kaia implemented from the basketball program here at Northwestern is "core covenants." Kaia has worked to implement the “I Will IMPACT” core covenants for both high school and middle school programs. “IMPACT” serves as an acronym for the words intentional, magnify, positive, authentic, committed, and tenacity. Kaia’s heart behind this is that when seniors graduate from Legacy, their journey in playing basketball would have shaped their character, and their IMPACT will be what encompasses who they are as women of God.

Kaia shared words of wisdom for current Northwestern basketball players: She stressed the importance of cherishing the time they have together as a team because it goes by faster than one might realize. Kaia also talked about seeing the experience of being a collegiate athlete as a privilege, because very few people get to do it in their lifetime. Being an athlete can give a lot of amazing highs, but it can also bring some deep lows. All these experiences as an athlete grow in ways he or she may not see until years down the road, which is the beauty of it. The last bit of advice Kaia wanted to give is that so much more of life is spent as a non-athlete than as an athlete, so it is crucial to ground identity as a player in Jesus Christ. He is where true worth and purpose is found.