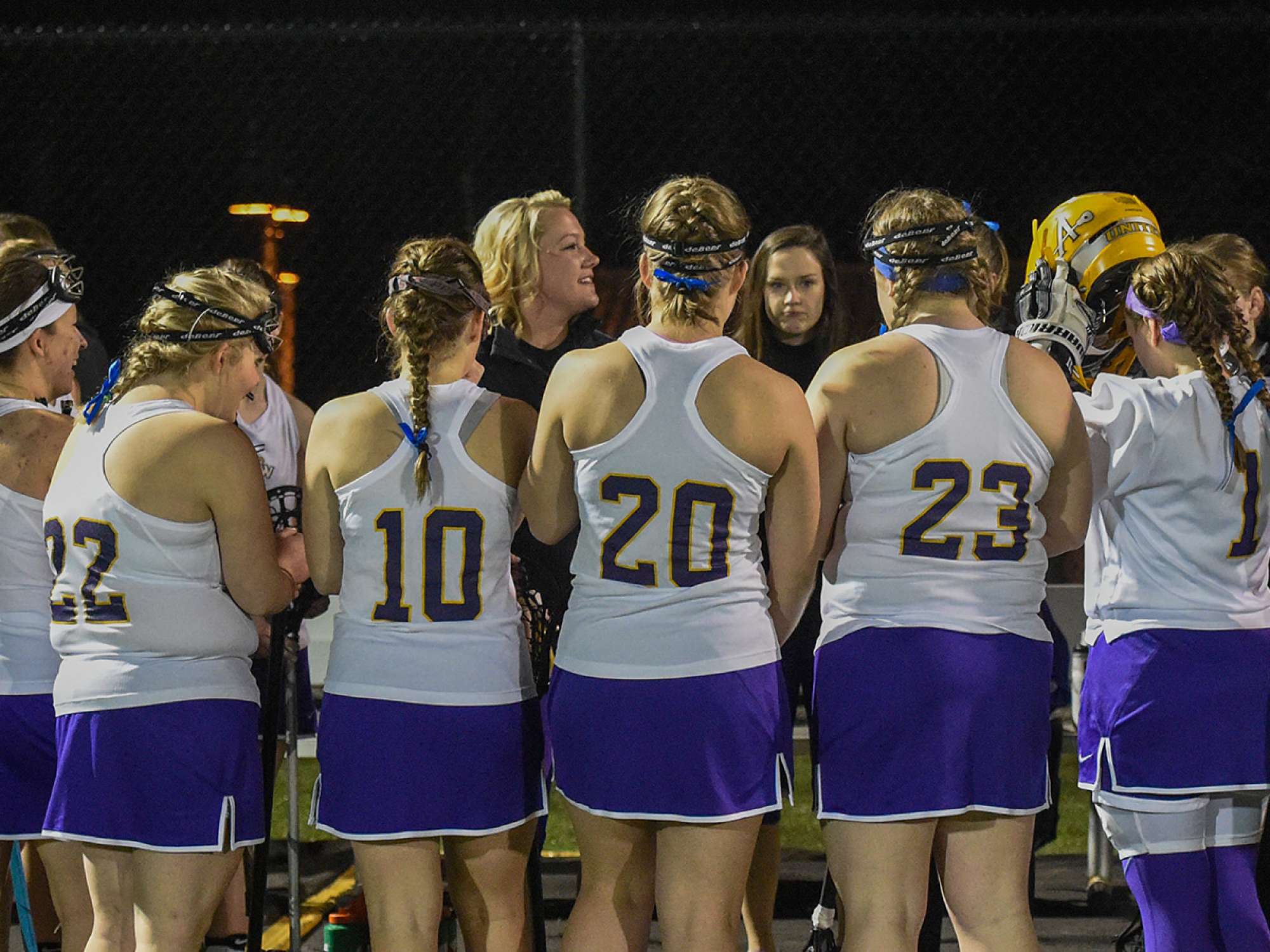 It was a "perfect night," recalls Taylor Deetjen.

UNW Women's Lacrosse Head Coach Deetjen, or "Coach Deetch" as she's called by her team, has coached hundreds of games in her career. But, that first game of the 2017 season against Monmouth College is one she'll remember for the rest of her life.

It was an unusually warm night for February 18 in Minnesota. What was also unusual is that Deetjen's father—the team's number one supporter and cheerleader—wasn't in the stands as he'd been many times during the team's inaugural season the year before. 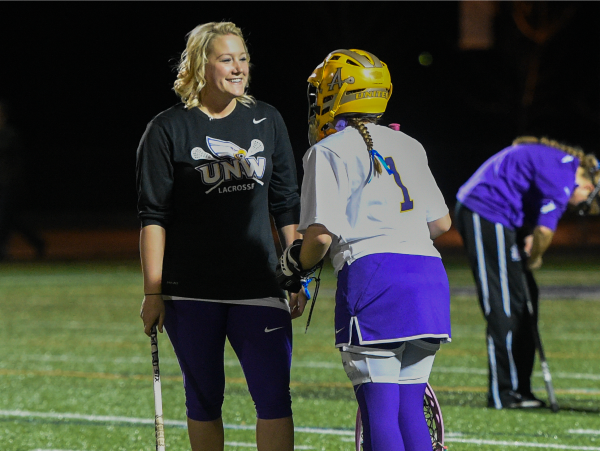 This game was being dedicated to "Papa Deetch's" memory. He had passed away after a brief and sudden illness the month before.

"He was, in a way, part of our team," says Deetjen. "My players told me what he meant to them and how much they'll miss him. That night created a bond with my team that will last for the rest of my life."

Deetjen used the last text her father sent her as the theme for her team's season:

But those who hope in the Lord
will renew their strength.
They will soar on wings like eagles;
they will run and not grow weary,
they will walk and not be faint. (Isaiah 40:31)

The team won the game 17-6. It's no surprise that Deetjen's team is built with warriors—of both play and prayer. She says when she recruits for players, she's really recruiting for hearts. She's developed her own acronym using the word LACROSSE to help guide her in her work:

"The letters stand for the qualities I look for in players," says Deetjen. "They have to be the right fit for the team physically, mentally, and spiritually. They have to have a heart for Jesus and want to glorify Him more than anything."

She must be doing something right. UNW Women's Lacrosse finished the season 11-5. Senior captain Jenny Chamberlain is the NCAA leading statistic holder in all of DIII lacrosse for ground balls per game. She's also second in the nation for caused turnovers.

That success comes in only the second season since the team began. The creation of the women's team, as well as UNW Men's Lacrosse, which began this year, was Northwestern's response to the growing love of the game among college athletes. The men's team ended their inaugural season 5-7.

Deetjen grew up with a brother who passed on his passion for sports to her. She always believed women should have the same athletic opportunities as men. In high school, her best friend had to play on the men's lacrosse team because no women's team existed.

She decided to lead an effort to get the school to allow women to have their own team. Soon, women's lacrosse was added to the school's athletic offerings and Deetjen became one of its first captains.

"That achievement personally changed me," she says. "That's when my passion for lacrosse started to grow."

The Illinois lacrosse player headed north to attend college at Bethel University, where she studied to be a physical education teacher and coach. She played in club lacrosse because Minnesota didn't have any DIII women's lacrosse teams.

Her career began to take off. In the coming years, she would coach girls' lacrosse at Mounds View and Woodbury high schools and teach physical education at University Avenue Elementary School. She was gaining a lot of experience in teaching and coaching young women. But the right job had not yet been revealed.

Then, one day a former Mounds View lacrosse player reached out to her. The former athlete told her that she should apply for a newly-posted women's lacrosse coaching job at Northwestern.

"I never thought I would be a DIII coach," remembers Deetjen. "It was never on my radar."

She remembers coming to Northwestern for the interview and how nervous she was. She sat down and looked across the table at the interview team of coaches. She felt the pressure.

"Then, they asked to pray with me."

She let out a sigh of relief and smiled and replied, "Absolutely. I need prayer right now."

She was offered the position, accepted it, and today believes that God called her to Northwestern.

Deetjen says one of the best parts about coaching at Northwestern is her fellow coaches, especially Head Volleyball Coach Beth Wilmeth, who was named the 2016 American Volleyball Coaches Association (AVCA) Coach of the Year.

"It's so intentional here," she says. "We integrate our faith in everything we do. Because we all have the same purpose of preparing these athletes for life, we encourage each other, I'm blessed to be a part of this family of Athletics."