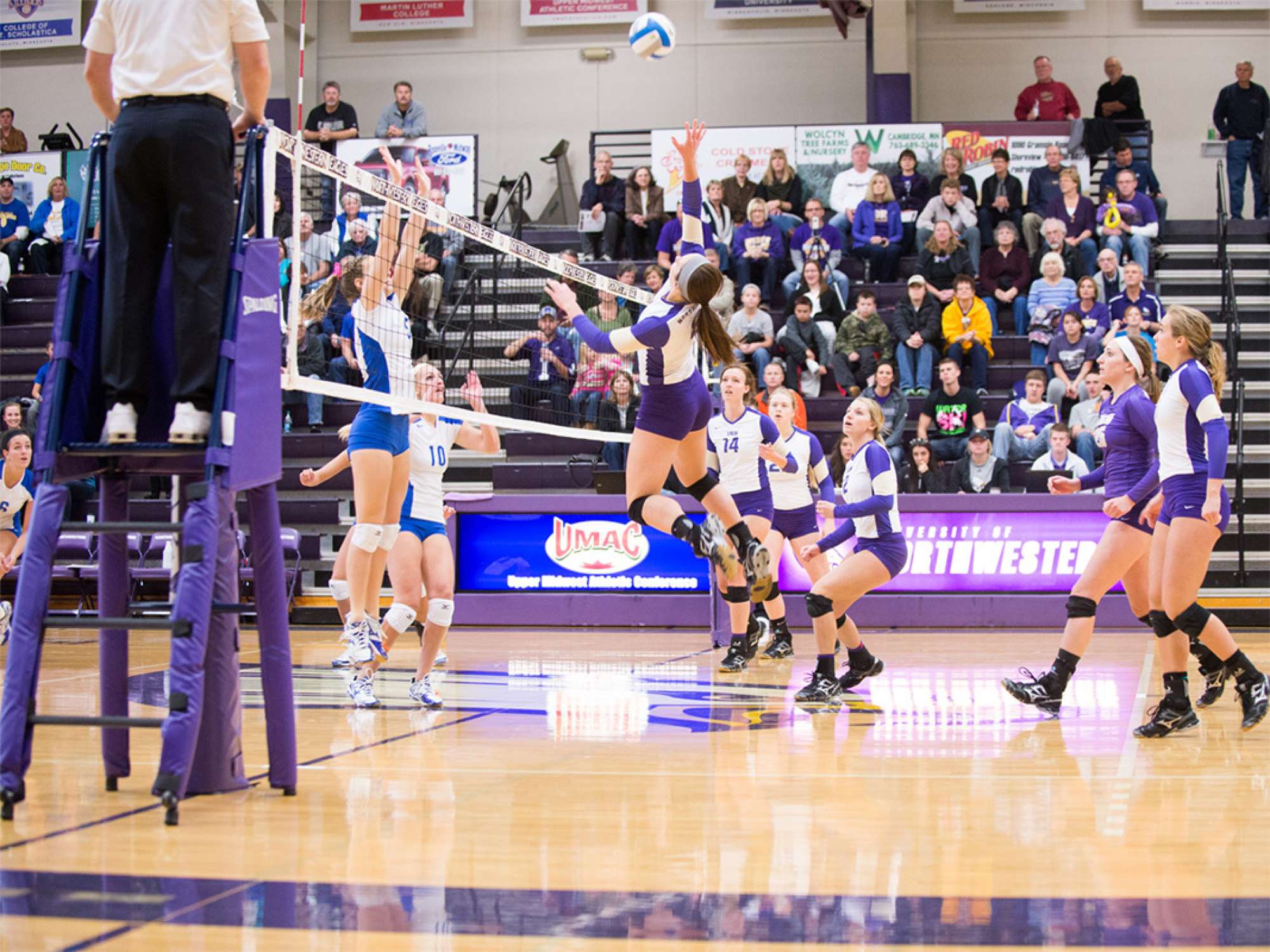 There's a powerful force on the UNW Women's Volleyball team. And, you probably won't ever see it with your eyes. Sure, the sheer strength, skill, and determination of these athletes can be clearly seen by their fans, coaches, referees, and opposing players. Their tenacity is undeniable. But, it's their integrity that sets them apart.

Just one example of the team's focus on integrity is their adoption of the "honor call" and how it has changed the way they conduct themselves on and off the court. Honor calls occur when team members call attention to a play in which they've touched the ball before a ball has gone out of bounds. No one may have seen the touch, but the player knows it in her heart. By informing the referee of the error, points can be lost. It could mean the difference between winning and losing but it's worth the cost, says Coach Beth Wilmeth. She says the honor call practice is building character among her players that will outlast their time on the volleyball court.