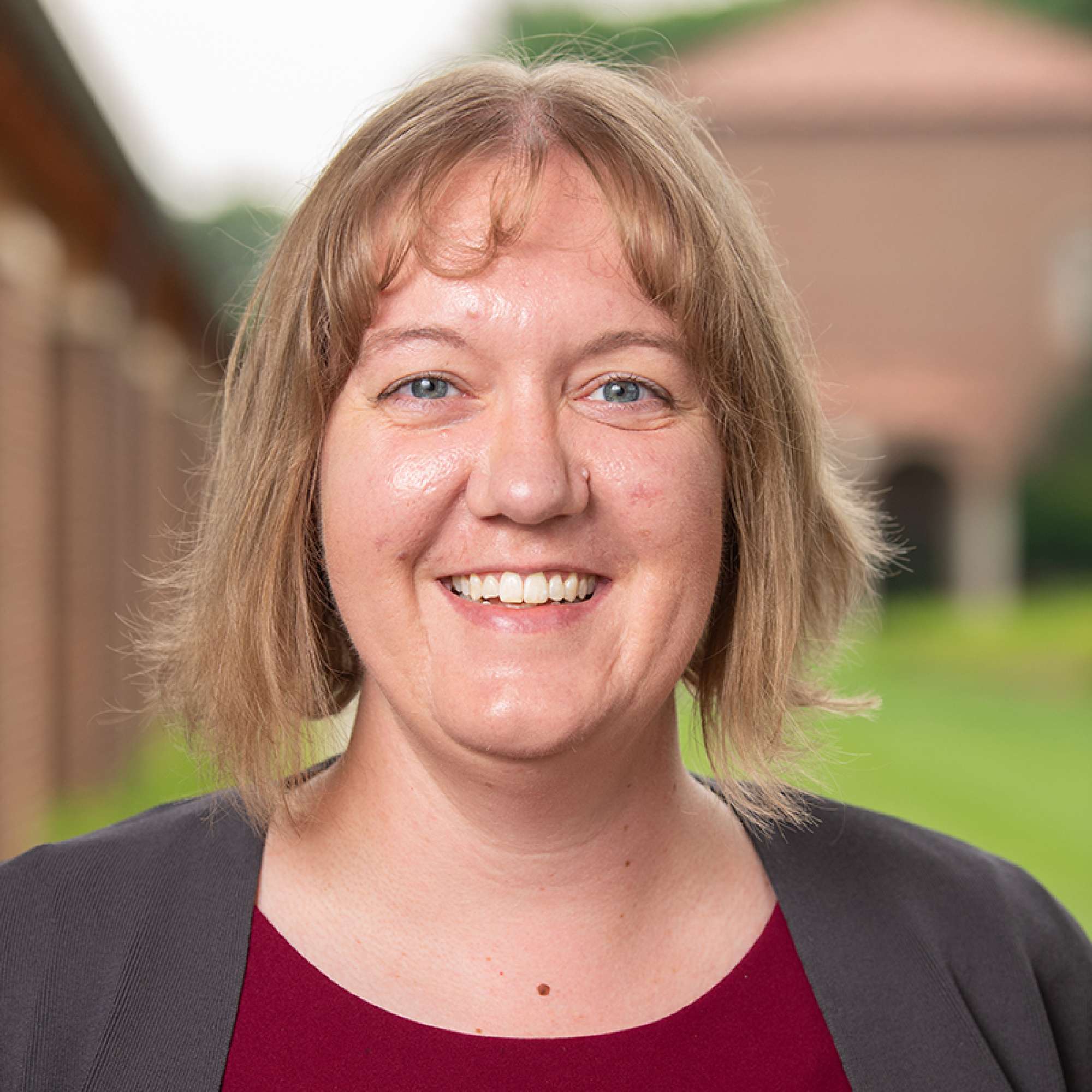 Carrie Francis, Ph.D. (Engineering), remembers the joy of working alongside her dad wiring new electrical outlets in the barn of her family's Illinois hobby farm. At 11 years old, she'd learned how to construct electrical cords months before at summer camp. Now, winter was coming and heat lamps had to be installed quickly in the lambing pens.

Her dad showed her how to wire the first outlet, watched her do the second, and left her to complete the third on her own while he went to feed the sheep. She finished the work and soon the fuse box kicked in, the heat lamps turned on, and the lambs would be protected from the cold.

"I realized that I liked the fact that electricity was organized and intuitive," says Francis. "It made sense. You make something that becomes a functional product at the end."

The practical design and problem-solving skills of electricity created a spark in Francis that would lead her to pursue a career in science and, ultimately, to respond to God's call to use her gifts to serve. Today, as a professor in the Department of Engineering, Francis infuses her lessons with the message that science and God coexist.

Shining the Light on God in Science

Francis believes equipping students with the understanding that God and science are not mutually exclusive will open up opportunities for them both in college and in their careers.

Francis often uses class time to share the concept of God's works through science. In her Physics I for Engineers and Statistics & Dynamics classes, she helps students explore course sections on orbital motion. She used class time to show students photos taken from the Hubble telescope that revealed distant galaxies, creating space and time for them to contemplate.

"We just spent some time considering the beauty and vastness of God's creation," she says.

Francis also teaches her students to base their work goals and outcomes on the ethics within the biblical worldview, such as caring for the environment and for people who may not have a voice.

She talks with her students about how to choose building materials based on consideration of multiple factors not simply the bottom line. In her Mechanics of Materials class, students learn that materials should be strong enough to do the job with some margin of safety, but as lightweight as possible. That's the practical side.

"We talk about the ethical considerations, as well – considering the source of materials and the impact on the environment of obtaining them; considering the conditions of workers who obtain, refine, or manufacture materials, and so on," she says.

She reminds them of the power they may have in their careers and the responsibility that comes with it. Once students are out of college and working, they may be deciding where a new bridge or public transit route goes, she says.

"As engineers, we get to choose our frames of reference but we need to be aware of the implications of those choices," she says. "They will need to consider not only what's most convenient for themselves or people in positions of power, but how that affects less affluent segments of the community that may really need access to that bridge or public transit."

At one time, Francis saw herself working in the industry, not teaching. With her interest in science and her love of working with her hands (she also did woodworking with her dad), she had almost decided on an apprenticeship in engineering after she finished high school.

After much consideration, she decided to pursue a college degree in engineering instead. A cousin told her about biomedical engineering and Francis' interest was piqued. The thought of combining engineering and medicine moved her.

It was shortly afterward at her grandmother's Christmas party that it all came together for Francis. Her grandmother held the event every year for the residents at the nearby home for disabled adults. Francis helped her grandmother with this event each year, getting to know the residents. This year, Mary Kay, an elderly resident guest with cerebral palsy, did something remarkable.

"She wiped her own nose!" recalls Francis. "She hadn't been able to do that in the eight years I'd known her."

Mary Kay, who had no use of her arms or legs, had recently been given an Intrathecal Baclofen Pump that prevented muscle spasms. The medicine was being delivered to her spinal cord by a pump surgically placed under her skin.

Francis had always known Mary Kay as someone who would not let her disability keep her down. The woman had learned to paint with her mouth. But, the spasms created by her muscles working overtime kept Mary Kay from being able to care for her own basic needs.

"That device gave her back her dignity," says Francis. "That moment really pushed me into biomedical engineering."

Her other passion is youth ministry. She hopes her message of reconciling God and science extends out beyond the walls of Northwestern. She wants to develop a science literacy course for youth ministers to give them tools to talk about science well.

The majority of youth ministers don't have backgrounds in STEM; they've studied the arts or ministries. She'd like to create teaching materials for youth ministers that would help middle and high school students reconcile the connection between God and science.

Carrie Francis came to University of Northwestern in 2016. Her primary teaching responsibilities include courses in physics and engineering. Her research...