In the Wait: How God's timing… | University of Northwestern, St. Paul

In the Wait: How God's timing led to fellowship, calling, and ministry 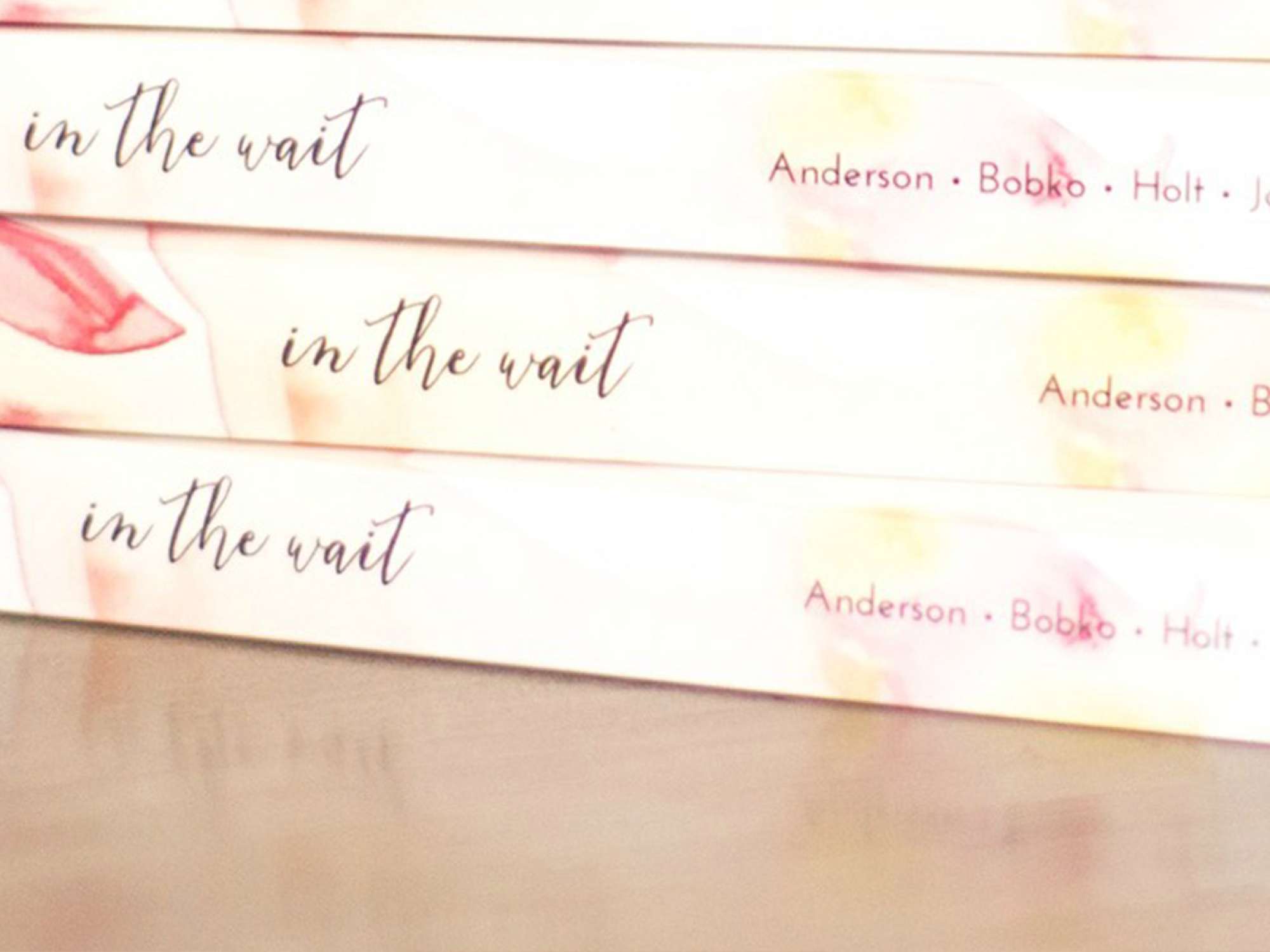 In 2015, five women, all closely connect to the University of Northwestern — St. Paul, felt called to tackle this subject of waiting and months later, In the Wait was born. In the Wait is a six-week devotional that explores what it means to wait on the Lord, and how to live life fully in the midst of waiting. The heart of this book is to encourage women through biblical truths to not give up hope that God is with them.

The project started in a unique way—a way that only God could bring about. Holly Holt, a 2012 UNW alum, met Chelsea Ritchie through an Instagram hashtag. They soon realized they lived a mere five minutes away from each other and attended the same church! What are the odds?

Once connected, Holly and Chelsea felt God stirring in their hearts. Both were dealing with very different waiting seasons, yet God was teaching them similar things about trusting in Him. As they processed these lessons, they felt called to encourage other women who were in seasons of waiting: big seasons, little seasons, foreseen seasons, unforeseen seasons. He was asking them to step into action.

Holly and Chelsea began to pray and God soon made it clear to them that He wanted to use their passion for writing to create a devotional. They reached out to a few more women from Northwestern who shared a passion for the topic and soon after, Heidi (Stoltz) Anderson ('10, Marketing), Courtney Bobko ('13, Art), and Amanda (Johnson) Jass, a UNW staff member joined the team.

All of the authors, three of them Northwestern graduates, were thankful for their Christian education. While none of them graduated with writing degrees, the Bible classes they took as part of their undergraduate curriculum prepared them for the task. God equips the called far before they are called and even when they don't feel their offerings match the requirements needed. It's up to each person to simply follow the call and touch lives for the Kingdom.

As the project began to unfold, the Lord put a different topic on each of the women's hearts—topics that He was teaching them through their own waiting seasons. These included listening for God's still small voice, finding perseverance, battling through loneliness to find community, allowing the trials to produce joy, claiming victory through Christ in the darkest days, and the importance of gratitude.

Each writer had the opportunity to share their unique story and waiting season while applying Biblical principles. The goal was not simply to share God's Word with others, but to encourage each reader to dive into His Word and apply scripture to their own stories.

After six months of writing, the first 1,000 copies were sent to the printer and they sold out in a matter of months, using only social media marketing. It was a clear affirmation that God had His hand on this project.

Women began using the devotional for small groups and after many requests, a small group leader's guide was published to help women feel empowered and equipped to lead. The authors also created private Facebook Bible studies to go through the book and connect with women in seasons of waiting who didn't have access to an in-person small group.

Several hundred women have participated in these studies, and God has created friendships and community. Another Facebook Bible study will be hosted by the authors starting on February 26. Sign up information can be found on hollyholtdesign.com.

In the Wait can be purchased on Amazon or at any permanent Eagle Brook Church bookstore. You can follow them on Instagram at @inthewaitstudy and through their hashtag #inthewaitstudy.