Leading Those Who Care for the… | University of Northwestern, St. Paul

Leading Those Who Care for the Most Vulnerable 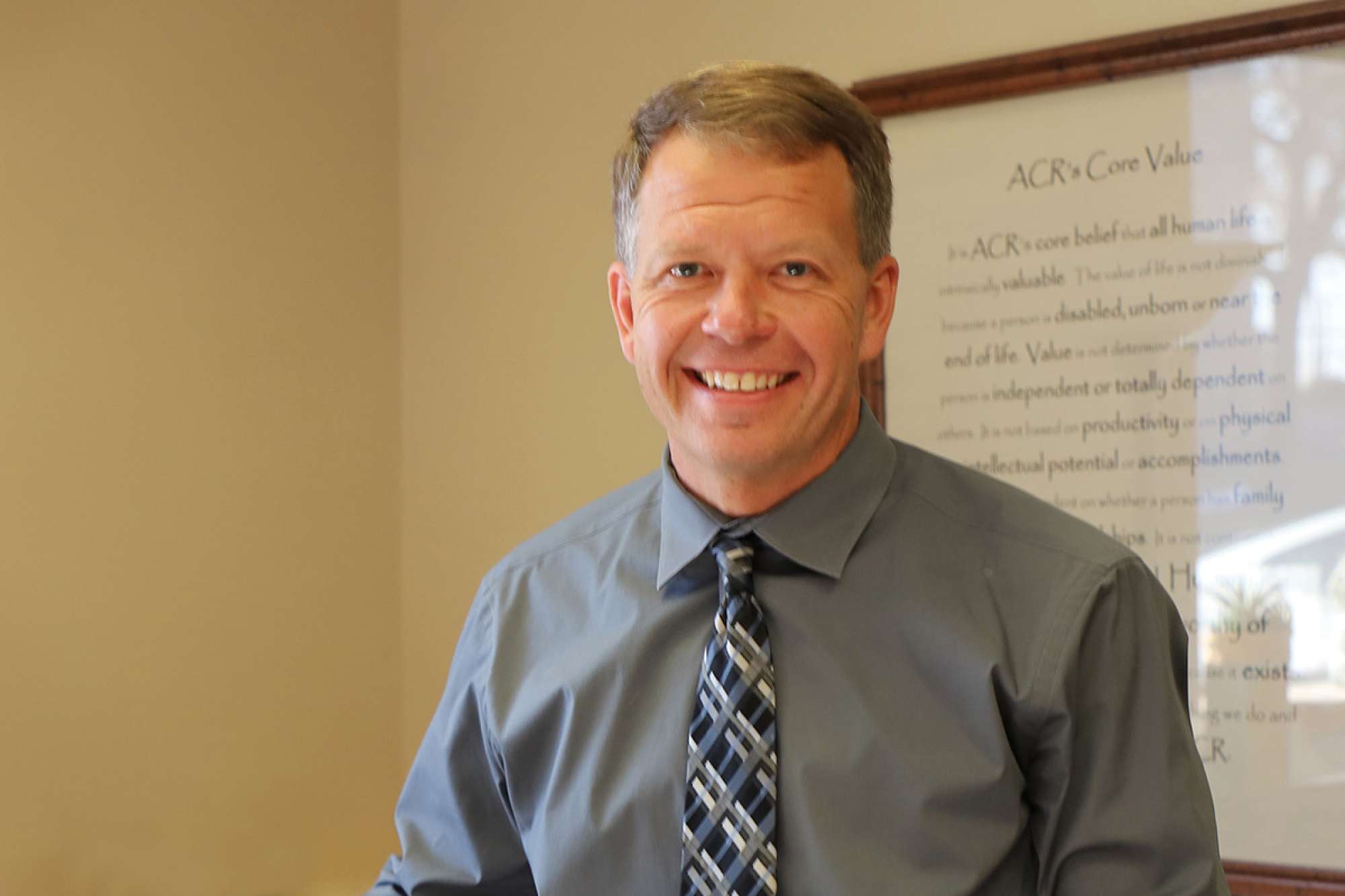 As an undergraduate at University of Northwestern – St. Paul, Gene Leistico ’95 had his sights set on entering full-time ministry. During college, he interned with a pastor at a small, local church to prepare for the vocation he was pursuing. But God had a different calling in mind.

Today, Leistico is at the center of creating a company culture that translates into safe, ethical, skilled—and tender—care for some of society’s most vulnerable. In a position that may seem worlds away from a pastorate, as chief operating officer (COO) of ACR Homes, Leistico oversees the hiring and training of hundreds of employees that serve men and women living with cognitive, physical, and behavioral disabilities in 58 residential homes throughout the Twin Cities.

Cultivating a Top Workplace
While not what he had envisioned, the role suits Leistico well—and has proven to be a blessing for those who work for and reside in the organization’s residences. Not only was ACR Homes named one of Minnesota’s top twelve large companies six times through the Star Tribune's Top Work Places survey, the company ranked in the top five for five years in a row, was voted number one by employees two of those years, and earned a special award for ethics and value

“Who you hire determines who you are.”
— Gene Leistico '95, COO, ACR Homes

“A running joke about human resources is that it’s the door at the end of the hallway,” says Leistico. “At ACR Homes, our take is that HR should be front and center for executives, because who you hire determines who you are. Focusing on who we hire—and we’re slow to hire—is our secret sauce.”

Excellence in Training and Care
ACR expects a high level of excellence from every employee. One way the company ensures this is by providing 60 hours of paid training for patient-facing staff in areas well beyond those provided for Certified Nursing Assistant (CNA) certification. ACR employees also know that, while they are well cared for as staff, the residents come first.

As described to the Star Tribune upon receiving the 2018 ethics and values award:

“ACR management has intentionally shaped the culture of ethics and high performance standards at ACR. For example, ACR uses the motto ‘resident agenda’ as shorthand for: ‘Does a given action or decision serve the best interests of the people we support?’ ...Our clients benefit from having staff who think creatively about the clients’ needs and preferences in everything from health care, meals and activities, to the clothes they wear, the media they listen to and even in their home décor. ACR’s overall guiding principle has always been ‘do the right thing.’”

Serving the Least of These
Reinforcing a company-wide commitment to do what is right and to act in the best interest of vulnerable residents—many of whom are not able to advocate for themselves—is in line with the values one would expect from a someone originally intent on a career helping others know and become increasingly like Jesus.

“The work we do is very meaningful. It is consistent with what Jesus was talking about in serving ‘the least of these.’”
— Gene Leistico

“My faith is definitely the backdrop for everything I do,” says Leistico. “It is the context for everything I think about and do.” And while ACR Homes isn’t a Christian company, Leistico points out that it operates with values that are in line with his faith: “The work we do is obviously very meaningful. It is consistent with what Jesus was talking about in serving ‘the least of these’—people who need help.”

Leistico’s affiliation with ACR Homes dates back to his days as a college student at Northwestern. One of his roommates, who worked in an ACR home, would regularly bring one of the residents to campus to play catch. Leistico’s wife, Jaycie, also worked at ACR while attending Northwestern.

“Jaycie was a nursing major. Her best friend started working at ACR and told Jaycie she was trained to pass medication and use medical equipment at the residential home,” says Leistico. “Jaycie thought it would be a good way to get hands-on healthcare experience, so she started working for ACR as well.” 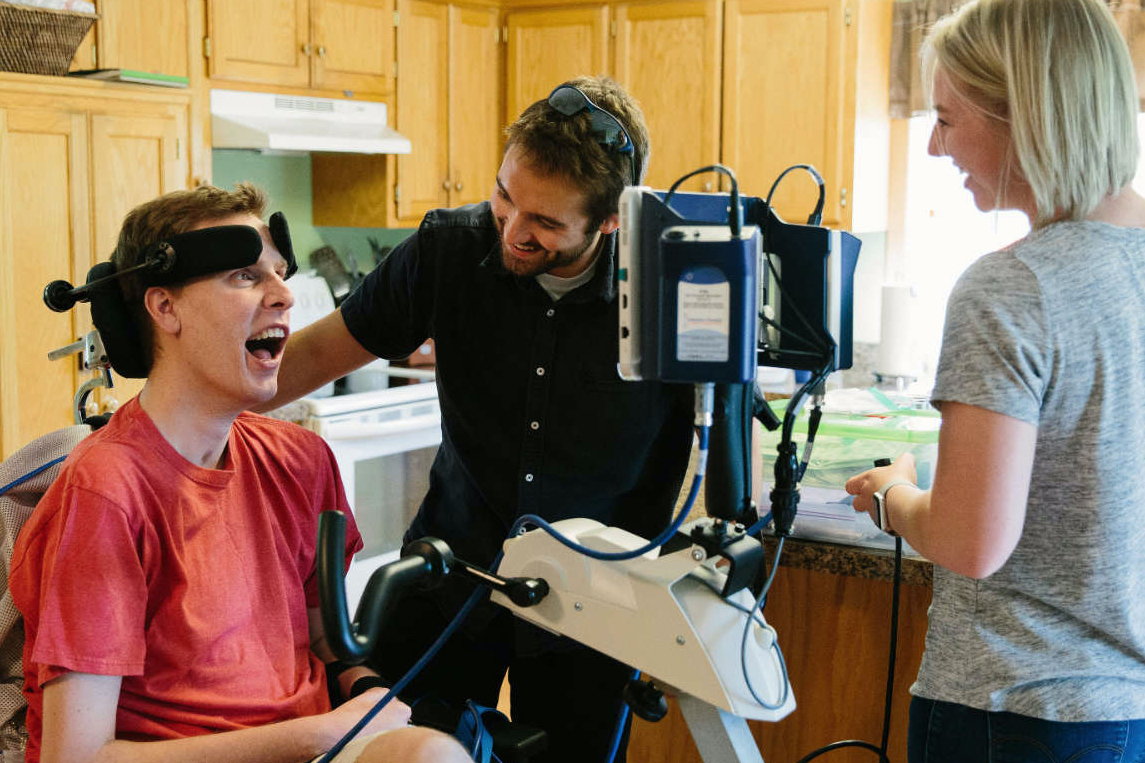 From Pastoral Studies to Shepherd
As a Pastoral Studies major, Leistico wasn’t looking to gain healthcare experience. But he was intrigued by the possibility of working at night and "getting paid to do homework while other people were sleeping.”

So, in February of his senior year, Leistico began working part-time at a suburban ACR home which, like the others, required 24-hour staffing. “I worked with four independent, high functioning women who had social and behavioral needs. They needed guidance and supervision.”

ACR’s residential homes are typically made up of two staff and four residents. The company specializes in caring for those with high physical and medical needs, but a handful of the organization’s 58 homes focus on social and behavioral support.

Both Leistico and his then-fiancé graduated in May 1995 and got married a few months later. And though he fully intended to purse a position in ministry, Leistico “felt led to stay” at ACR. “I was eventually promoted to Residential Supervisor at ACR Homes, so Jaycie and I lived in one of the homes after we were married.”

Connecting the Dots
In his current position, Leistico oversees the various departments within ACR, making policy decisions and working with personnel. “I liken my role to an orchestra director,” he explains. “I’m not playing the instruments, but I help everyone else play well together.”

It’s coordination, Leistico says; getting the right people on the right issue. “Sometimes people in different departments don’t know who to talk to or what departments might be affected by decisions being made. I connect the dots.”

When asked how his time at Northwestern prepared him for the work he does at ACR, Leistico says, “I matured greatly in my faith at University of Northwestern. Northwestern helped me build a strong foundation of Christian faith and values.”

Succeeding in Healthcare Management
While Leistico draws from pastoral studies each day in his role as COO, from his present vantage point, he can see how valuable courses specific to healthcare management would be for someone stepping into a role like his—such as the new Healthcare Management programs now offered at Northwestern.

Just like any venture in life, leadership is crucial, Leistico explains. “The more versed, practiced, and skilled someone is at leadership, the better. Whenever you’re running a 24/7 operation that is all about people—patients, families, case managers, health professionals, the more efficiently you’re able to work with a variety of people, the more successful you’ll be, and the more successful you’ll help the business be.”

“Whether the organization is for profit or nonprofit, there’s got to be something left over in the bank. Without margin, there’s no mission.”
— Gene Leistico

“Having a good understanding of finances is also important,” he adds. “Whether the organization is for profit or nonprofit, there’s got to be something left over in the bank. Without margin, there’s no mission. Our employees need to understand the basic idea that in order to be able to serve our residents, we have to be able run a successful business. Those things are not antithetical; they’re mutually necessary.”

In addition to leadership and finance courses specific to the healthcare industry, Northwestern’s new Healthcare Management program includes courses on the legal and ethical aspects of healthcare. “There are so many layers of regulation in healthcare,” says Leistico, “but also a lot of gray areas within the black-and-white rules.”

“Our goal at ACR is to be squeaky clean,” Leistico adds. “If there’s a gray area, we seek to take the most conservative, least risky approach. ACR is a place where doing the right thing is absolutely and universally supported and expected.”

A Foundation of Faith
“I can’t separate ethics from my faith; my goal is to integrate my faith in everything I do,” explains Leistico. “Starting your education at a place like UNW sets the stage for faith to be integrated with what you do. Faith is not something of Sunday mornings, but something to be woven into everything we do and say—and every decision we make.”

“Pursuing a Healthcare Management degree at a place like UNW gets you off on the right foot to mature in your faith while gaining skills needed for a career path.”