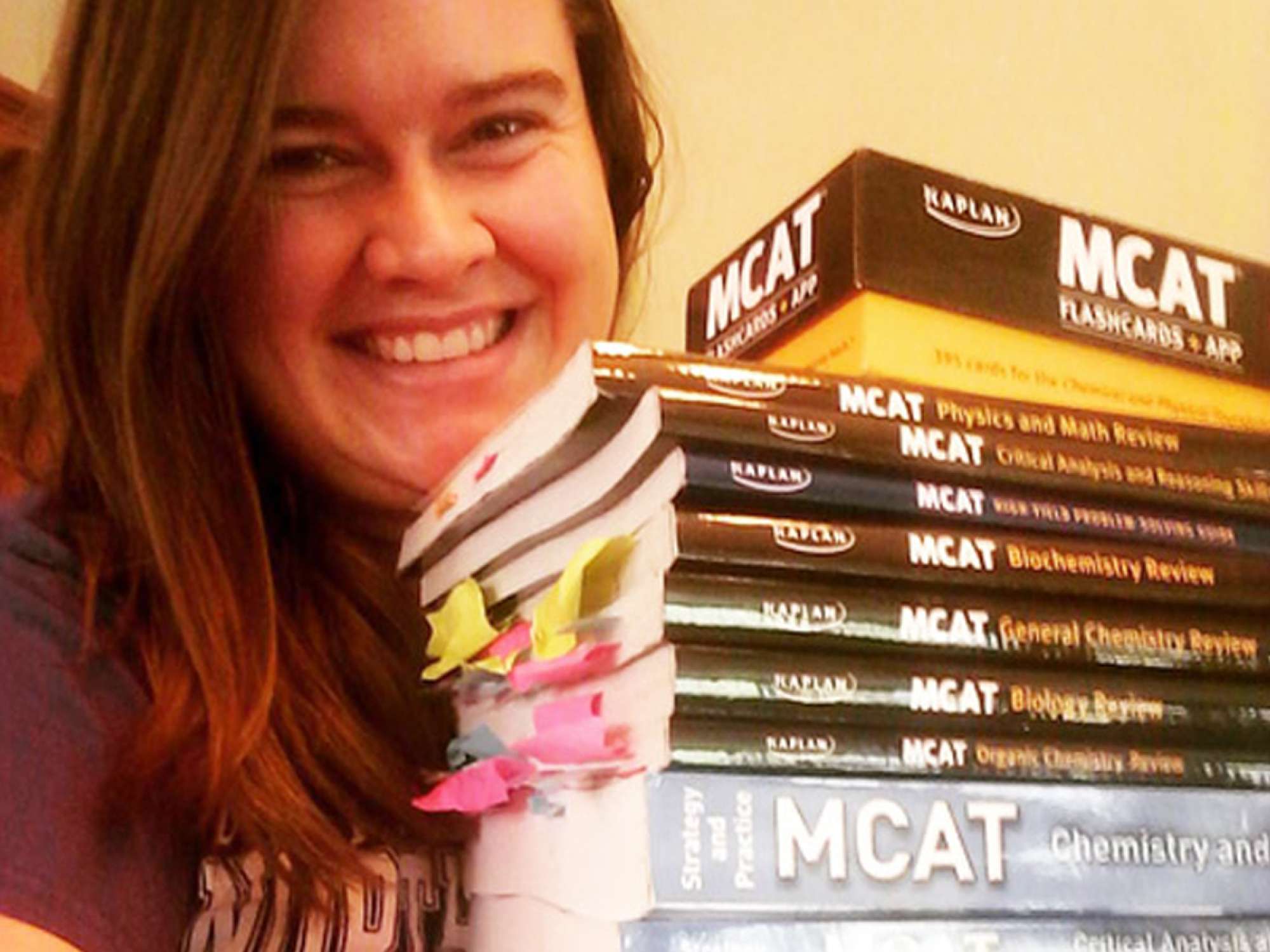 Growing up outside of Zurich, Switzerland, Rebecca Honegger dreamed of someday becoming a doctor. Her mom, a medical assistant, and her pastor father, encouraged her but were concerned about her ability to pursue her dream. In the first grade, her teacher told her that since she didn't understand math, reading or writing well, she wouldn't go anywhere. She had to repeat the 4th grade when she couldn't learn multiplication well enough the first time through. Again and again, she was told that she wasn't smart enough.

When students are in 6th grade, the Swiss educational system determines which of 2 paths students will take: the professional track for highly respected positions like teachers, doctors, dentists, and the like, or the trade school for those students with less academic promise. Becka was routed into the trade school track, where she continued to struggle with math and reading, and began to believe what teachers said about her limited abilities.

In 8th grade, when the students research future job opportunities, Becka sought a role as a medical assistant. She applied to 100 private practices, and was rejected by every one of them. But she still felt that God had put that passion in her heart, so she helped her mom teach first aid and CPR classes, and served as a youth group leader at church,

When the health care doors closed, Becka was apprenticed as a mail carrier, the lowest job available. She apprenticed for 2 years, rising at 4 a.m. to drive around on her moped delivering mail in the snow, sleet, and wind.

She thought, "I have so much more to give, but didn't see a way out."

A new dream began to form. She had always wanted to go to the U.S. Her dad had studied in Chicago for a year, and from what Becka had seen in the TV show Seventh Heaven, it looked like a great place. Becka managed to land a spot in an au pair program, deftly hiding the fact that the only English words she knew when she applied were, "Yes," "No," and "Awesome."

Nate and Hillary in Minneapolis hired Becka, despite her lack of English skills, because she had 5,000 hours of experience, loved kids, and had a great attitude. Once she got to their home and settled in, Becka realized that she really needed to learn English. She started with the childrens' books, like their toddler Bible and Dora the Explorer. She made it a goal to learn 10 new words each day, and use them in conversation.

Her host dad, Nate, asked why she didn't go to college. She answered that she wasn't smart and didn't want to relive those bad school experiences. Nate encouraged her to try taking a couple classes at the local community college. She started in a 7th grade math course. Hillary, her host mom, worked with her 2-3 hours every night. With encouragement and support from her host family, Becka started to catch on.

She had first heard about the University of Northwestern - St. Paul from listening to KTIS on the radio. She recognized "Above All," by Michael W. Smith as one of a handful of Christian songs, from the English worship CD she had at home. When she heard that familiar song, she thought, "This must be a good radio station," and started listening regularly.

"Above all wisdom and all the ways of man" – Michael W. Smith, "Above All"

Two years into her community college studies, she and Nate's mom attended a Christmas concert where Northwestern had a booth. Becka didn't think she could get in because it was a school "for the smart people." Becka reluctantly agreed to talk with the representative from Northwestern, who promptly followed up with a phone call to schedule a visit. In 2014, Becka was accepted and enrolled in classes.

In her first science class, General Biology, Becka's passion for science and medicine returned. She worked incredibly hard to get through those first courses, having several people review her papers, and spending hours studying with other students. Dr. Simat would spend an hour or two with her at a time, and all the science professors poured into her. As she worked her way through the rigorous biology program, Becka was tutored by more senior students, and later tutored students in courses she completed successfully. She made friends and grew closer to many students on campus.

However, the dream of medical school still seemed impossible. International students have very limited options for study, and the expense would be enormous. But a professor steered her toward a Caribbean medical school.

"Humanly speaking, it is impossible. But with God everything is possible." – Matthew 19:26 In 2016, God's hand began to move mightily. Becka was awarded a Swiss scholarship which paid ALL expenses for 4 years of medical school. Through the summer preparing for the MCAT (medical entrance exam), Becka reminded herself of how God had opened so many doors already, which encouraged her to keep working. This fall, Becka received word that she had passed the MCAT, and was accepted to study medicine at the American University of Antigua.

In October, Becka's family came to the States to celebrate with her. During their travels, they went to Nashville and attended Michael W. Smith's church, and she even got to meet him. This picture represents the full circle that began with his song played on KTIS, which started her journey to Northwestern, and culminated with her family being able to meet him together.

Becka is astonished at God's faithfulness: "I don't know how I became a good student. There was literally no hope for me. It's God’s way of showing people what He can do."

"God is amazing! He really works through us to reveal His goodness, glory and grace. There was no way I could have made it to where I am right now without Him. He is a God of strength and power. He works in miraculous ways. He is the God of the impossible."