Their World—And Ours | University of Northwestern, St. Paul 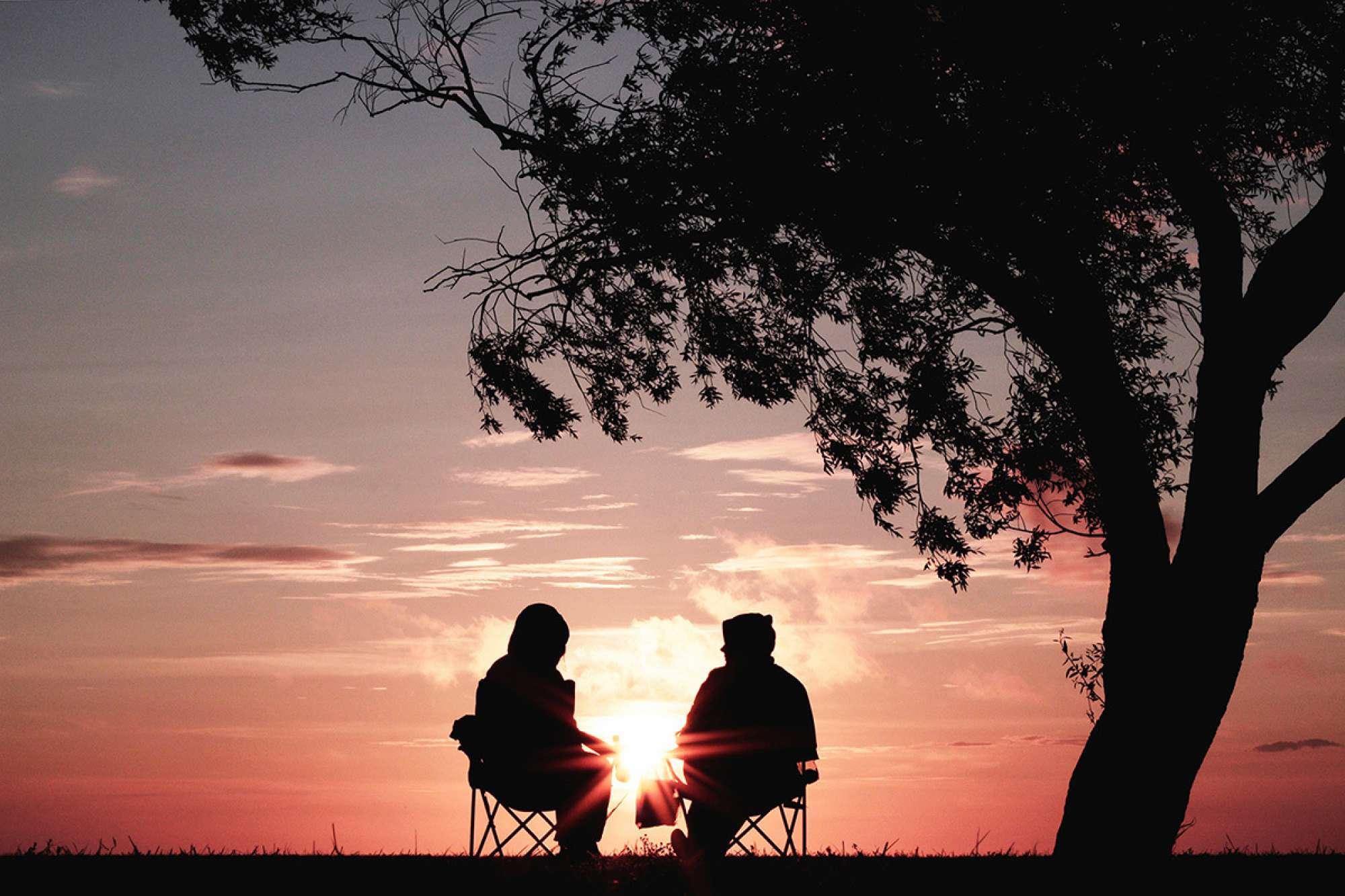 There’s an old saying, “If you can’t beat them, join them.” Although the origin is long lost, the meaning is well known. In his book, The Wounded Don’t Cry, Quentin Reynolds wrote about WWII survival strategies that used the other side’s tactics to gain an advantage. The sports equivalent would be studying your opponent’s winning strategies in order to build a more effective defense. In romance, suitors demonstrate their interest in what’s important to their beloved in order to win their affection. However, in life with our young adults, we are not enemies in a war. We aren’t competing against them in sports unless, let’s be realistic, we are ready to lose. Perhaps, though, we are trying to win their attention, or at least their respect, so the suitor strategy has merit for parents.

What might that look like? As a parent, I hope I am not foolishly trying to act like my teen or twenty-something. That would not be a winsome approach. However, demonstrating interest in what my student’s world looks like—and how they look at the world—is definitely a positive approach.

So what is their viewpoint? Like the generations before them, our young people predictably have a stretch when their age bracket feels like the most persecuted of all time with the most stacked against them. In a recent town hall gathering ahead of the Iowa caucus, a group of college students agreed that global warming was their top political priority. They made clear declarations that the generations ahead of them had been reckless in their care of the earth and left them to figure out how to save the planet. At best, parents can be seen as too old to understand or be engaged in solutions. At worst, we are seen as the cause of all the trouble. Many Gen Z students believe if we had taken better care of our environment and made it a top priority, they wouldn’t be facing a global crisis. Can you blame them? When we were their age, we had no more perspective than they do. I remember being vocal about my resentment that the generation ahead of me saddled us with explosive national debt. I also readily shared my frustration about the landslide of shattered families and my honest fear about the publicized crisis in world resources. We may not agree with our young adults’ perspectives, but we can choose to listen with the goal of understanding.

The fact is, our young adults will never have a full perspective on our experience (even the similarities with their own) because they will never have lived in that time. The return of the flip phone may be a nostalgic nod to the past, but we simply are not going back to punch cards, Pong, and rotary phones. We can’t dwell on the past and still seem relevant to our students. It is not actually “Hip to Be Square” as Huey Lewis and the News sang—in 1986—before today’s college students were even born. I can still visualize San Francisco 49ers' Hall of Famer Joe Montana singing back-ups on that music video. I last saw Joe in the 2019 Super Bowl “100-Year-Game” commercial where a fancy gala for the NFL’s 100th gets messy when the golden football is knocked loose from the cake. It sets off a free-for-all as football’s current stars and all-time greats compete for the fumble. Joe can still throw a mean pass but my kids would not even recognize him if they met him in person. Maybe it’s just me, but are you feeling old yet?

As we say goodbye to the 2010s and launch full steam ahead into the new roaring 20s, we need to acknowledge that this decade (not the 1980s) was formative in our students’ lives and perspectives. “The Culture Translator,” published by AXIS, recently highlighted top changes in the last decade that represent what our students see as normal. Technology took the lead in culture shifts. Spotify and Pandora replaced iTunes. Algorithm tech took over in entertainment platforms. The ethics of nonstop exposure (and addiction) to technology became the center of conversations. Innovative technology brought us the Tesla sedan, the phantom drone, and the Nintendo Switch. The gig economy brought new entrepreneurial opportunities. Data breaches became part of the nightly news.

Beyond technology, our cultural divides deepened dramatically. The #MeToo movement and the voices of Black Lives Matter caused us to question our views. The diversity of our potential presidential candidates represented our polarized politics. Our opinions became solidly rooted and represented through online “influencers,” memes, and podcasts. Facebook’s Comprehensive International Trends Report indicated the hot topics around the globe included probiotics and global warming, but also included ‘80s fashion trends (ha ha—the 80s are relevant after all). Our growing interest in expanding our palate led to a proliferation of reality food programs, Door Dash, Blue Apron, meatless meat, and incessant Instagram posts of our farm-to-table dinners out. I admit I would have never imagined driverless cars, space as a commercial industry, asking my phone to set an alarm clock, opening things with my face, or esports athletes actually earning a living. It is a culture that didn’t exist when we were our students’ age, but it is their world. Honestly, since they aren’t that interested in how it used to be and none of us are going back, we need to recognize that their world is also ours. It’s critically important for us to enter into their “normal,” because we live there, too. Although we wish they would see our perspective, it’s much more important for us to ask about theirs.

That said, there is good news about how our students will someday see us. In my decades as an educator, I have consistently seen a dynamic perspective shift in our young people not long after their college years. It happens when the critical mass of their own years tips in the direction of discernment. My son is on the edge of that now. He can still spout a diatribe about his generation’s woes. However, he has also developed the ability to recognize my sacrifices, appreciate my patience with him, and acknowledge that I have a measure of wisdom built on my years of experience. I recently heard him say the words, “You were right, Mom.” What a gift! I admit, I took a mental snapshot to remind myself that I was actually hearing those words from his mouth.

Some things never change. Christ is no less our Shepherd now than He ever was. His influence is timeless. However, to help our students navigate their fast moving culture means engaging with them right where they—I mean we—are. To quote AXIS, “While we aim to be shaped by Christ alone, it’s undeniable that these movements in the zeitgeist have an impact on how we think and what we do, as parents and as Christians.”

As our young adults’ own “back then” perspective begins to grow, so will their legacy. Their legacy will reflect their special generation. Our students will shape technology as much as it has shaped them. They are especially gifted in telling visual stories, and they will use those skills to mobilize others. They will generously give time and talent to causes they believe in, including the environment. They are generally self-confident, autonomous, and entrepreneurial, which means they will envision jobs and innovations that help them be eco-conscious and live a healthier lifestyle than the generation before them. Asking them about their perspectives will be enlightening. Engaging them in conversation about their passions may be downright inspiring.

I believe they really will change the world!