By Abigail Reitz on Wednesday, February 7, 2018 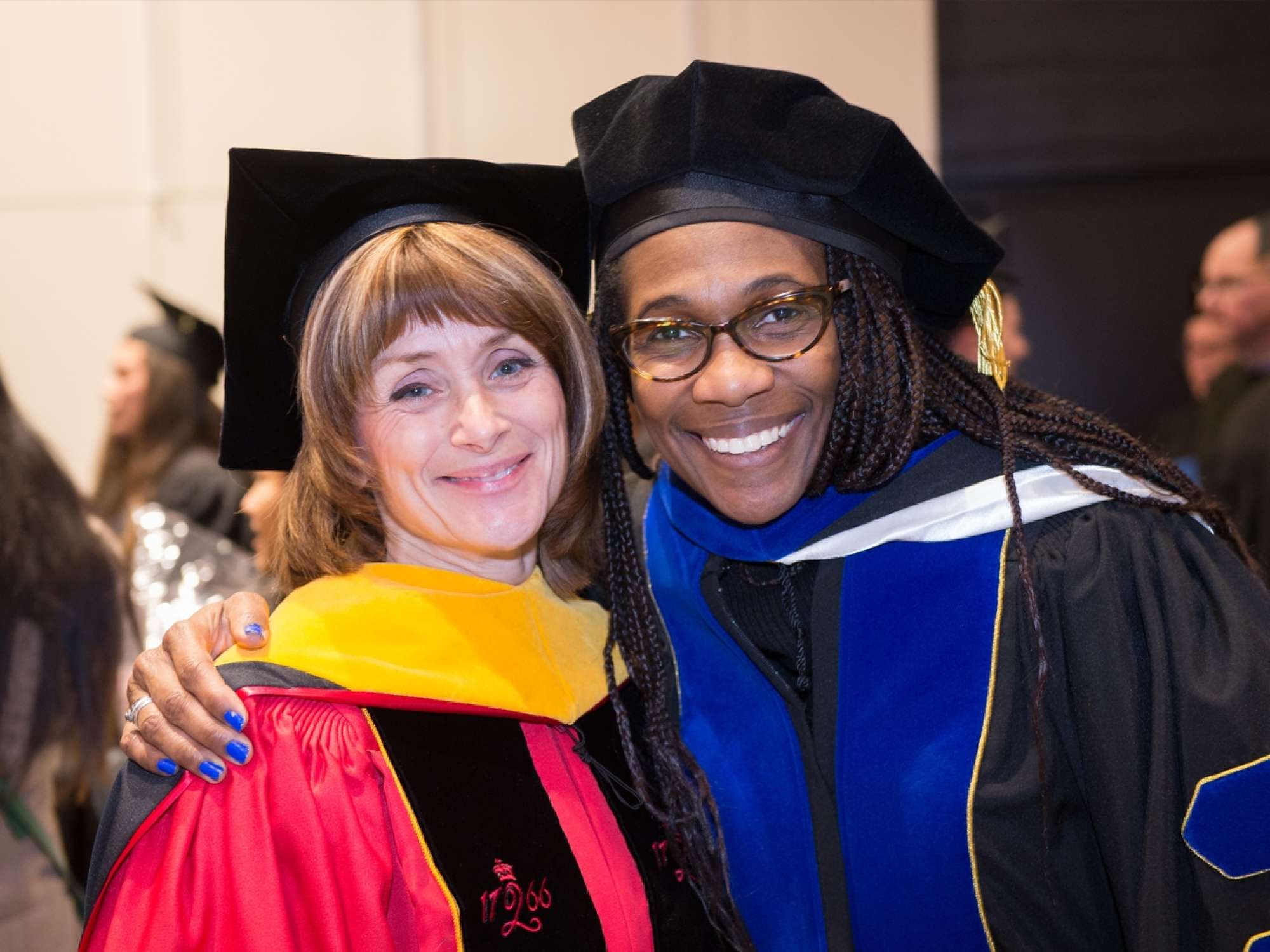 Graduation is a time that signifies completion and accomplishment, the culmination of so many years of hard work. It is a beautiful time of new doors being opened but also a sad time of old doors being shut. This is one of the few consecrated mile markers in a student's life.

Heather Walker-Peterson, chair of the department of English and Literature, was filled with emotions the day of her graduation.

"When I graduated it was the first time my parents met my professors," she said. "It felt very significant and meaningful. It was also a precious time because my grandparents came, and my grandma died a couple of years later. She was very proud of me because I was the first grandchild to graduate college." She continued to say, "Some things were also hard about graduation. Saying goodbye to roommates was hard but the most stressful part was I had to graduate and move out of my apartment at the same time.”

Philip Vierling, assistant dean of the school of business, almost didn't graduate. "I almost failed my capstone project for my Bible major senior year of college," he recalled. "I had so much angst when I thought the four years I spent in college were wasted."

"There were some misunderstandings and controversial opinions in my paper, so I was given the opportunity to rewrite it or bring it before the department to argue my opinion. The department chair said he thought the paper was great and should be published. Some others were supportive too and my project barely passed."

"I was also going to get married weeks after I was supposed to graduate so that was stressful. My fiancée talked to her father and he said, 'Well you are certainly marrying someone who is not going to follow the crowd," Vierling added, "My mother was not as happy, asking 'Why can't you just give them what they want?' This experience made me more grateful for how my college had prepared me for life moving forward. If you able to articulate views, you can succeed. Don't take the easy way out but defend ideas that are true."

Vierling went back to the college 30 years later and asked if the professor who supported him was still alive. They said the man was and drove him to his house. "I knocked on his door and when he answered he remembered me. I was amazed. He told me with a smile, 'Some students, no matter how hard we try, we just can't forget. Especially those who write certain capstone projects.'"

Lara Bronson, assistant dean to the school of education, was nervous about the moment she walked across the stage. "My name gets mispronounced a lot and I was afraid that that would happen. I had to get the card from the registrar's office to write out the phonetics," she remembered.

"My graduation was about God's faithfulness and how that degree would open doors in ways I would never have imagined. It causes me to reflect on what a degree can do to open doors and how we can give our degrees and academic success over to the Lord. It's not about a piece of paper or mom and dad cheering in the crowd. It's about saying, 'God I am giving this to you to use in whatever way you need me.'"

"I hope that students will keep the focus on the Lord as their prayer and ways he has brought them through rather than their own accomplishments. Keep an open mind with what you think this degree has prepared you for, there might be a twist."