UNW Takes Aim at Sex Trafficking during the Super Bowl

We can already feel the rumble of the Super Bowl here in the Twin Cities. Restaurants, bars, shops, VRBOs, and hotels are filling by the day, having prepared for months for what is expected to be an unprecedented boon to local commerce.

However, behind the party scene is another business that has law enforcement, social services agencies, and churches also standing at attention, ready for what the mega sports spectacle will bring.

Sex traffickers and their victims will descend on the Twin Cities as more than 1 million visitors arrive. Out-of-towners and Minnesotans alike will be consumers of the illegal trade. Sex trafficking is the use of force, fraud, or coercion to lure victims and force them into labor or commercial sexual exploitation. This modern-day slavery generates a profit of roughly $150 billion a year around the globe.

Minnesota is not immune. Every county in the state has filed sex trafficking charges.

There is some debate whether the Super Bowl will bring a significant upsurge to the Twin Cities' sex trafficking market. Studies reveal that other large-scale events, such as hunting and fishing openers and the Ryder Cup have produced at least as much of an increase in sex trafficking.

One thing is certain: The potential threat has heightened public awareness, strengthened law enforcement efforts of criminal detection, investigation, and apprehension of criminals, as well as expanded rescue opportunities for victims.

So what does all this mean to University of Northwestern's community? As Christians, we believe in the sanctity of human life, and that humans are made in the image of God. Sex trafficking de-humanizes, degrades, and often kills the sacred beings that are made in God's image.

In response, Northwestern, Faith Radio, and 98.5 KTIS are doing their part to educate people and provide information on resources from chapel talks, fundraisers, and text prayer chains.

"With the Super Bowl happening so close to home, we've had quite the platform for getting the word out about sex trafficking,'' says Tiffany Waller, WITS student leader. "Through this campaign, WITS was able to a part of what is happening in our city."

Outreach to the UNW community has included:

"We hope to bring awareness to the problem but also to educate Christians on what sex trafficking looks like, how to identify it, and where to report it," says Laura Mulliken, Director of Community Engagement of Source Ministries. Ms. Mulliken will speak at one of Northwestern's daily chapel sessions.

Ms. Mulliken will share information on the basics of sex trafficking and will introduce a recovering victim. The young woman had been "groomed" for sex trafficking while she attended a Christian youth group. Research reveals the sad fact that half of sex traffic consumers are churchgoers.

The Purple Light Project has trained 300 volunteers to work with victims rescued by law enforcement. The group has collaborated with a local church to provide 20 emergency beds, online support for women, and outreach for men who are consumers.

Faith Radio, one of Northwestern's media ministries, is inviting listeners in February to walk, run and ride to raise money in the Live Free Challenge for the rescue, intervention, and rehabilitation of human trafficking victims. Faith Radio, along with International Justice Mission (IJM) and Venture ministries is hoping to raise $63,000 to fund 10 sex trafficking victim rescue operations. Participants are being asked to choose a mileage goal and participate from February 1-28. You can find out more or sign-up at www.myfaithradio.com

KTIS is also reaching out with its "Get Into the Game" initiative that calls on listeners to connect with local churches, communities, and faith-based organizations to volunteer and pray for those involved with sex trafficking.

The Northwestern, Faith Radio, and KTIS community has taken clear steps to prevent sex trafficking in the Twin Cities and beyond. But, the crime can happen closer to home that we may think. Children and teenagers who have experienced abuse or trauma are especially vulnerable, says Mulliken.

"Traffickers look for girls, boys, and women who are easy targets—those looking for love but without an understanding of what healthy love looks like," she says.

If you have someone in your life you suspect may be a victim of sex trafficking, check for these signs:

How to report sex trafficking

According to the U.S. Department of State, everyone has the potential to discover a sex trafficking situation. What happens if you suspect sex trafficking?

Hotline call specialists are available 24 hours a day, 7 days a week, 365 days a year to take reports from anywhere in the state related to potential sex trafficking victims. All reports are confidential. Interpreters are available.

Sex trafficking doesn't only happen during large events, like the Super Bowl. "The truth is that it happens every day, all day," says Mulliken. "It continues after the Super Bowl leaves."

That's why efforts need to continue after the event, she says.

How you can help

If you need help 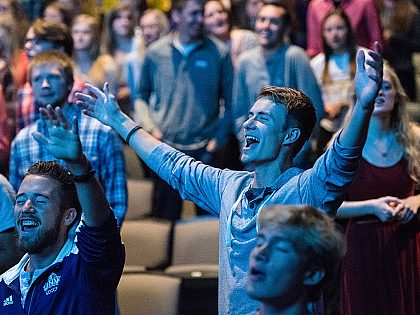