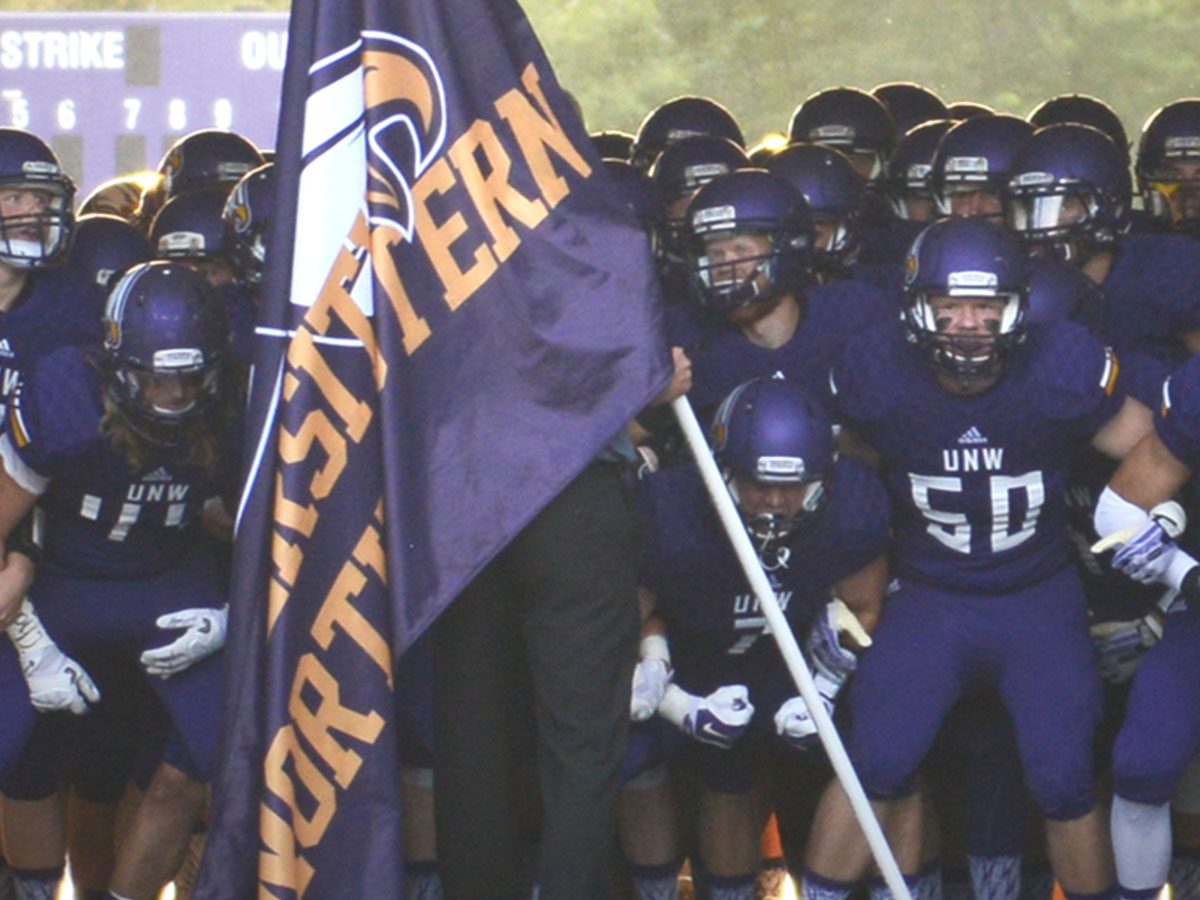 This fall has been truly remarkable for the UNW Eagles.

The University of Northwestern football team made team history on November 5, as they captured the Upper Midwest Athletic Conference title and earned their first-ever NCAA Playoff spot with a 37-15 win over Eureka College.

The Eagles finished their regular season play with a 9-1 record overall and 8-1 in league play. It is Northwestern's first outright conference championship since 2008. The Eagles earned a share of the conference title in 2012.

In additon to their oustanding record, the Northwestern football team landed 11 players on All-UMAC teams. In addition, Head Coach Kirk Talley was named the UMAC Coach of the Year.

Northwestern was defeated by third-ranked St. Thomas on Saturday.