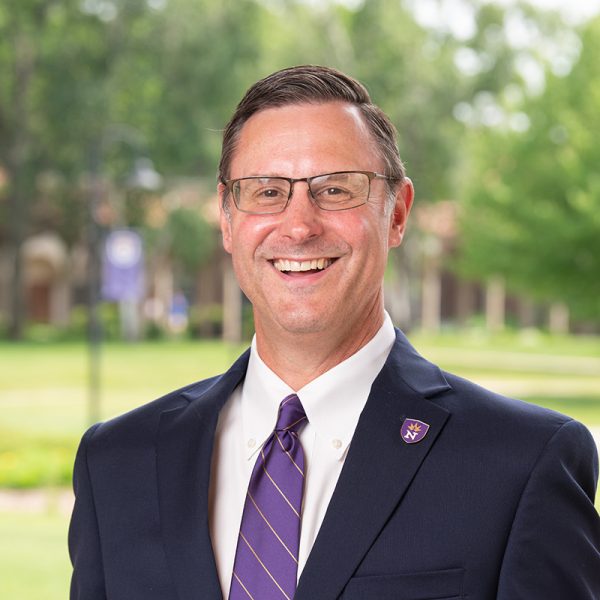 B.A. in Music from the University of Michigan

Corbin Hoornbeek, Ph.D., a leader in Christian higher education and world missions for nearly 30 years, began his term as president of the University of Northwestern – St. Paul and Northwestern Media in August 2022.

Prior to starting at Northwestern, Dr. Hoornbeek served as Vice President for University Advancement at Azusa Pacific University (APU), where he directed the university’s fundraising, alumni, and parent engagement activities and programs. A member of the president’s cabinet, Dr. Hoornbeek led the completion of a $100 million comprehensive campaign, while also securing over $12.5 million in new endowment gifts. Dr. Hoornbeek’s career highlights also include more than a decade as a major gift officer with The Navigators, a global, interdenominational missions agency with over 7,000 internationally and ethnically diverse staff serving in over 100 countries. During his Navigators tenure, Dr. Hoornbeek traveled extensively throughout the world, interacting cross-culturally with global missions leaders in Africa, Asia, and Europe.

Dr. Hoornbeek’s relational and collaborative leadership approach extends beyond his advancement experience. Throughout his 11-year career at APU, he invested in students in 1:1 mentorship and small group discipleship settings. He has been an active volunteer with Young Life and WyldLife Clubs and has co-led relational and emotional healing processes for marriages in distress.

Dr. Hoornbeek and his wife, Heather, have been married for 28 years. Together, they have three adult children. Originally from Bellingham, Washington, Dr. Hoornbeek earned a B.A. in Music from the University of Michigan and an M.A. in Theological Studies from Covenant Theological Seminary. Dr. Hoornbeek graduated from Dallas Baptist University with a Ph.D. in Leadership Studies, featuring a concentration in higher education. His personal interests include classical music, running, the outdoors, and spending time with Heather and their family.