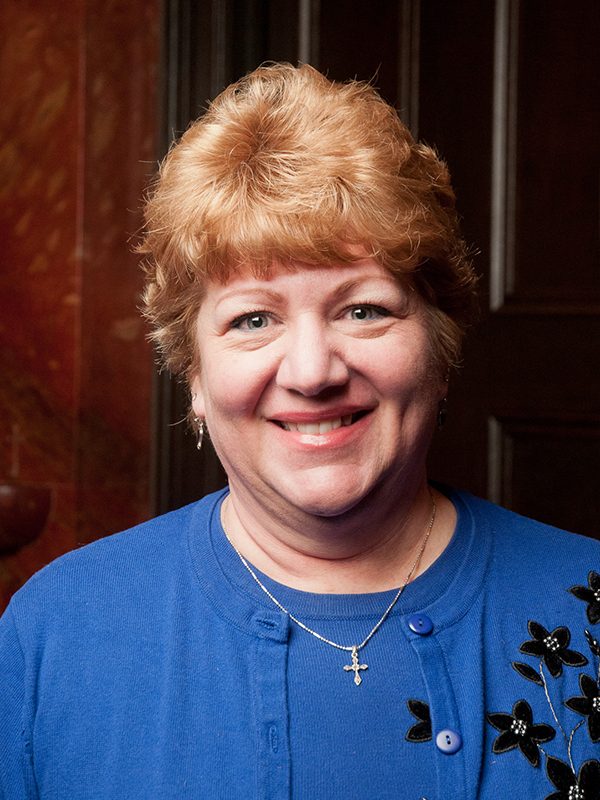 Doreen Hutchings has been a member of the UNW music faculty since 1999, teaching voice, voice related subjects, and directing the UNW opera workshop program. Previously she has taught at The Pennsylvania State University, Lycoming College and St. Cloud State University.

Her opera directing credits include many full productions including, Ruth, La finta semplice, Die Fledermaus, The Marriage of Figaro, Cosi fan tutte, and Orfeo, among others. She produces and directs the UNW Opera Workshop productions, founded the Academy of Music Vivace Voices Youth Choir, directs an annual summer Show Choir Camp at UNW, and is the vocal director for the UNW Theatre Department's musicals.

Hutchings also teaches voice for the Academy of Music while maintaining a private vocal studio off campus. Her students have received prestigious awards in vocal competitions such as Schubert Club, Thursday Musical, Minnesota State High School League, and the National Association of Teachers of Singing (State, regional and national contests).

Hutchings has been a staff member at several churches but she is presently a member of the music staff at Grace Lutheran Church in Andover, where she directs the Grace Choir.