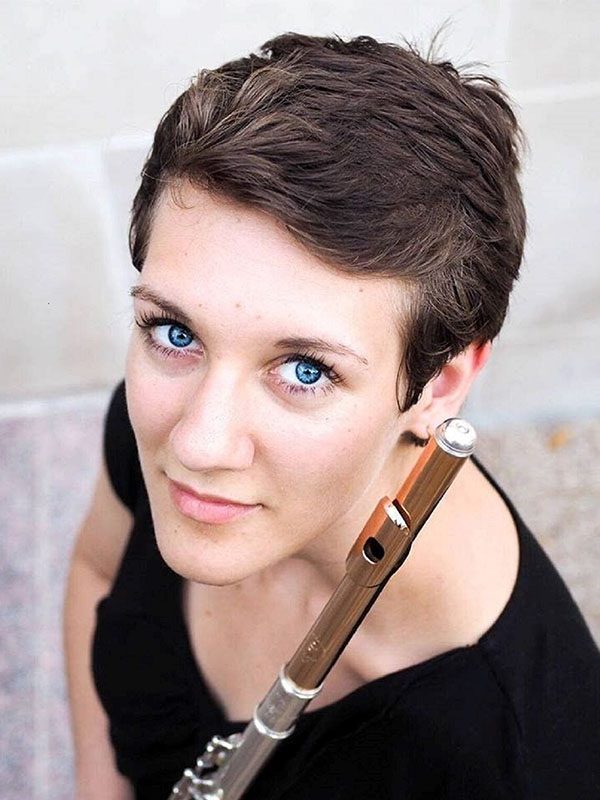 Award winning flutist Karen Baumgartner has given solo performances all across the country from Orchestra Hall in Minneapolis to Carnegie Hall in New York City. She has performed on National Public Radio as well as numerous times on Minnesota Public Radio. Karen has often performed in world premiers and has recently begun commissioning new works for flute. Karen’s first commission was by composer Grant Luhmann. She premiered his Flute Concerto with the Bloomington Symphony Orchestra in Minnesota. The performance was recorded by and aired on Minnesota Public Radio. Karen’s previous and future commissions include a multimedia solo flute piece, a flute sonata, a flute concerto for middle school band, and a flute and harp duet.

Karen has performed in the Schubert Club, Salon se Lève, and Music at Trinity concert series as well as Thursday Musical's Recital Series and Minnesota Public Radio's Varsity Tour Concert. Karen has also been recorded by Baby Blue Arts and featured on their website.

Karen has Flute Performance degrees from Indiana University and The University of Texas at Austin and her teachers include Michele Frisch, Thomas Robertello, and Marianne Gedigian.