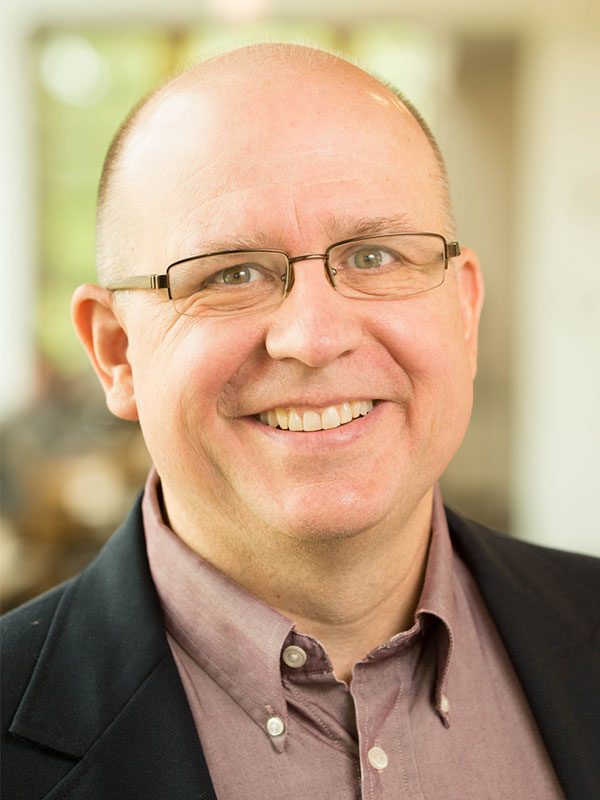 Mark Seignious worked in radio for 20 years before joining University of Northwestern. He has worked at eight different radio stations in four major markets: San Diego, Seattle, Sacramento, and the Twin Cities. While the majority of his radio experience is as an on-air personality, he has also worked in promotions, programming, and news.

In 1994, Mark's wit, voices and dialects brought him to the Twin Cities, where he entertained under the name "Disney Dayton" at WBOB FM, K102, and KFAN. He has also served as a guest host and news anchor on KTIS AM and FM.

Mark joined the UNW faculty in fall 2001, bringing a wealth of talent and knowledge to students in the Broadcasting program.

His students have won more than 40 national and regional awards, including over half of the awards offered by the National Religious Broadcasters in each of the last two years. Many of Mark's graduates are now working at stations across the Midwest, as well as North Carolina and California.

Mark has partnered with KTIS in developing Christian radio in Belize and hopes to work with other Christian stations worldwide someday. He has a passion for the supremacy of Christ and enjoys camping, fly-fishing, music, film, cooking/eating, and spending time with his wife Sheryl (16 years!) and his three children.