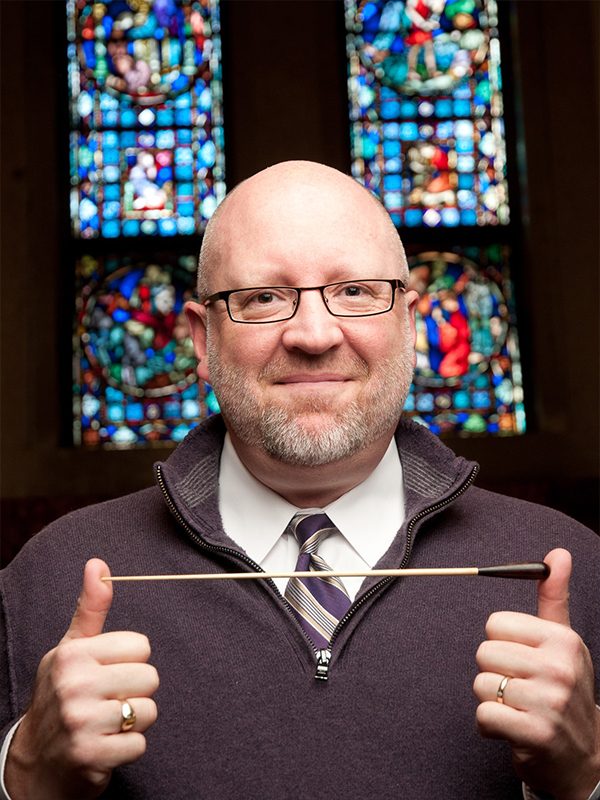 Timothy Sawyer enjoys an active and varied career as a conductor, educator, clinician, and professional singer. Since 1989, Sawyer has been a member of the music faculty at University of Northwestern – St. Paul (unwsp.edu/music) where he is director of choral activities, conducts both the Men’s Chorus and the critically-acclaimed Northwestern Choir, teaches conducting, and serves as artistic director of Christmas at Northwestern, an annual event attended by 4,000 people. With its motto, “Choral music direct from the heart,” and a distinctive mission that integrates excellence in concertizing, outreach, and cross-cultural ministry, the Northwestern Choir has performed extensively throughout the United States, Canada, Scandinavia, the Baltic states, and throughout western, central and eastern Europe, including Ukraine, where it was the first American university choir invited to perform in Kiev’s Tchaikovsky Conservatory.

With formal musical training at Bethel University (St. Paul, Minnesota), Exeter University (England), University of Minnesota, and doctoral-level study at University of Iowa, Sawyer has also completed advanced conducting studies with Helmuth Rilling, the late Margaret Hillis, Vance George, Gregg Smith, Sweden’s Eric Ericson, and Robert Berglund, among others. In addition to extensive experience as a tenor soloist throughout the United States, as a professional chorister, he is a veteran of several professional choirs, among them the Dale Warland Singers, the Ensemble Singers of VocalEssence of Minnesota, South Dakota Chorale, Omaha’s SDG Cantorum, Montana Chorale, the Minnesota Beethoven Festival Chorale, the Oregon Bach Festival Chorus, with which he shared in a collective GRAMMY Award in 2000 for the recording of Kryzysztof Penderecki’s Credo, and the GRAMMY-nominated South Dakota Chorale, winner of the American Prize in Choral Performance—professional choir devision.

From 1997 to 2004, Sawyer served as assistant artistic director of the Minnesota Chorale, principal symphonic chorus of the Minnesota Orchestra, and frequent collaborator with the Saint Paul Chamber Orchestra. Since 2004, he has led the Two Rivers Chorale (www.tworiverschorale.org), a Minneapolis/St. Paul-based civic choir. An enthusiastic and gifted teacher of conducting, “the well-known conductor and much admired teacher” Sawyer has been on the artistic faculty for conducting master classes at University of Minnesota, Toronto and Oregon Bach Festivals, and throughout Ukraine. He holds an ongoing position as a conductor with the Byzantine Choral Festival in Minneapolis. He is a board member and adjunct faculty member with Music in World Cultures (www.miwc.org), a faith-based organization which uses music to break down barriers and build bridges to establish cross-cultural relationships throughout eastern Europe. In recent years, Sawyer has led numerous choral festivals throughout the United States, and internationally in Ukraine, Hungary, Austria, the Czech Republic, and Asia. He lives in Minneapolis with his wife, Heidi, and daughters, Erika & Emily.