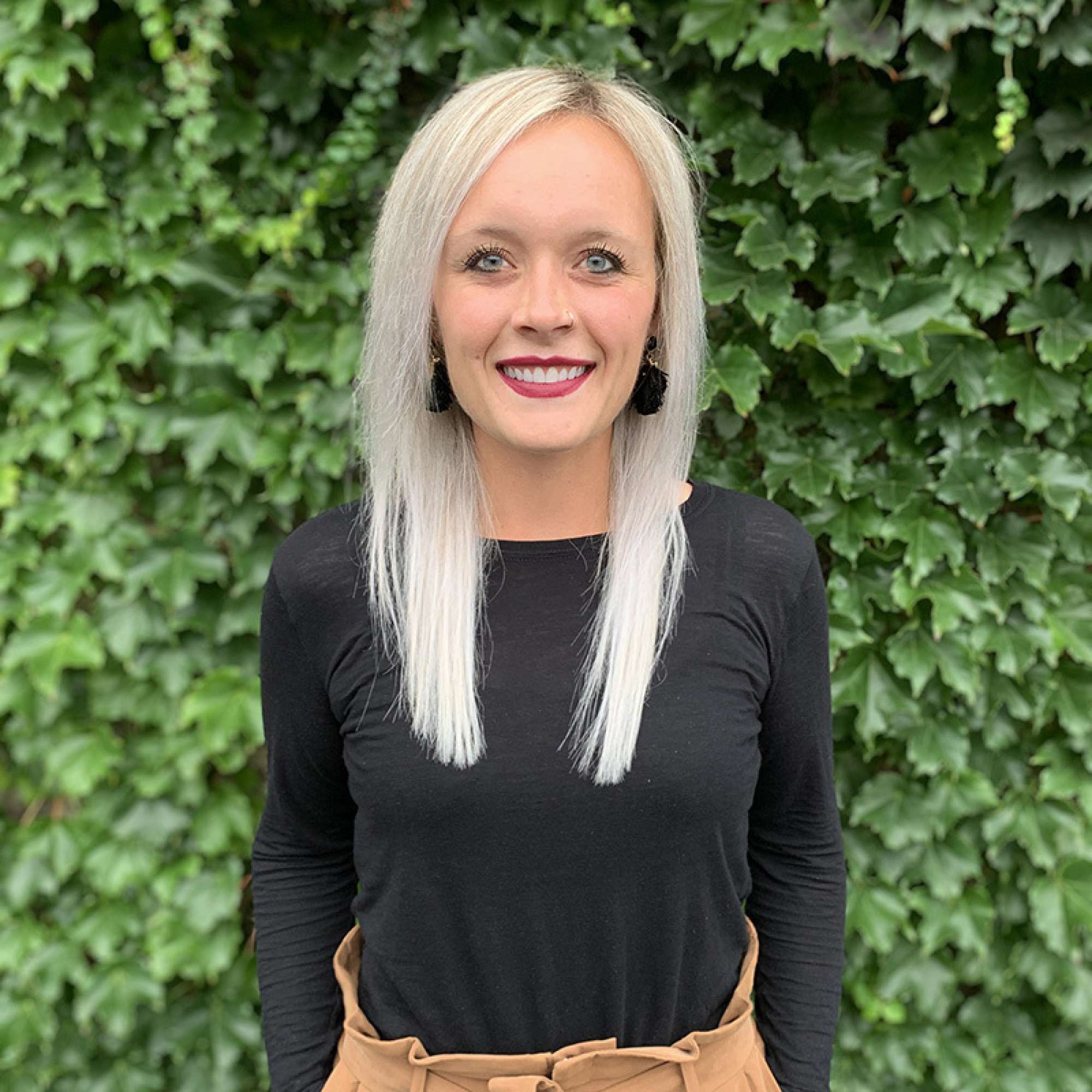 This year Northwestern honored Kristina Siemens as the Women’s Athletic Hall of Fame Award winner. Northwestern recognized Kristina on her athletic achievements and the evidence of a continuing commitment to Christ, her character, and the walk she lives out every day as a coach and a woman serving her Lord.

Kristina’s athletic talent through golf is evident as she holds championship titles and found success on the golf course. Today, however, Kristina continues her impact on the game of golf by leading young women as a coach at North Central University. She shared with us a glimpse of her Northwestern story as she accepted her award. We wanted to share her acceptance speech with all of you, may you be blessed by her words of truth and grace.

“It feels like just yesterday that I was standing in front of a crowd here at Northwestern giving a speech to potential donors to build the beautiful new athletic complex. Here we are today, 7 years later, and I’m standing up here again only this time I’m giving a speech to accept one of the most meaningful awards I could ever receive. Athletic Hall of Fame. I am truly humbled. If you would’ve told me that I would be standing here receiving such an award 10+ years ago I wouldn’t have believed you. My high school years were some of the toughest and my journey to Northwestern was part of that tough season of life.

I had my heart set on going to another college that didn’t have my desired major, international business, nor did it have women’s golf. Made a lot of sense to attend that college, right? My heart was so cold and closed to Northwestern the first time I visited and it was truly only the Lord that brought me here - and of course my mother’s intuition. After some intense counseling with my parents and softening of my heart, I started the most incredible and favorite four years of my life here at Northwestern in the fall of 2008. I’m not quite sure how to sum up these incredible four years of my life, but I’ll try.

I got to learn how different college was compared to high school after receiving my first D on my first college exam, thank you Old Testament. I got to learn what it felt like to fall in love and I also learned what heartbreak felt like for the very first time. I got elected to my first student government council and got to put my heart and soul into the last Northwestern homecoming parade. Complete with the fire trucks leaving with their sirens on because they actually got called to an emergency, very memorable! I got to take a class with “aka not pay attention in the back of class with” and play two years of collegiate golf with my not so little, baby brother. I also got to break visitation hours by going into the boys dorms to bang on his door to wake him up for class in the mornings. Oh the joys of being a big sister! Now he is a youth pastor and has been leading a group of kids for 5 years. Who would’ve guessed? I got to learn more about Jesus and “had” to go to chapel every day for four years. I “had” to take an extra semester and study abroad in Spain where I met one of my very best friends. Who just so happens to be here today with her husband all the way from Grand Rapids, MI.

I got to hone my golf skills and win some awards but most importantly I made some of the very best friends a girl could ask for. And most of them came from being part of the women’s golf team. Friends both from here at Northwestern and my opponents. Which can truly only happen when you play for a school like Northwestern, where shining your light brightly and loving others - including both your teammates AND your opponents - is more important than winning. Don’t get me wrong, I still did love winning and of course beating most of the boys, but it was about so much more than that. I learned what it looked like to be committed and a leader as I captained the women’s team for three of my four years and I got to learn such skills from the two best coaches I know, Coach Aune and Coach Perry. Both of which are still instrumental parts of my life and the golf teams here at Northwestern. Because of them and the impact they had on my life, I now get to try and model what they modeled so beautifully for me as I’ve coached the women’s golf team down the road at North Central University for the past four years. I have tried to do whatever I can to give my girls just a taste of the amazing experience I had during my time as a collegiate golfer at Northwestern and I have Coach Aune, Coach Perry and my teammates to thank for that. Throughout my entire collegiate experience and my entire life in general I suppose, my parents have been my biggest fans. Always doing what they could to make sure that at least one of them was at my golf meet - which at a minimum was usually 4 hours away from them. Their commitment to watching me golf will always mean more than they’ll ever know.

They were our golf team’s parents and loved by not only my team, but also my opponents and they even brought the best golf snacks to be shared by everyone! So to my parents, my coaches, my fellow golf team members (including my brother and my bestie Sammy both of whom are here this evening as well), to my previous boss as a student employee here and current boss at North Central who believed in me enough to give me one of my most cherished titles of “Coach”, Greg Johnson. To my past and present golfers who call me Coach, to my grandparents who were able to be at my very last collegiate golf tournament in Chicago and are now watching me accept this great honor from Heaven, to this incredible institution for helping shape me into the woman I am today, and to so many others, thank you for all that you did and currently do to love, support and encourage me so that I could be standing up here to accept this incredible award. I love you all more than you’ll ever know. And lastly, but most importantly, I would like to thank my personal Lord and Savior for His goodness and provisions over and over throughout my life, bringing me to Northwestern being one of those many provisions. Without Him guiding me and softening my heart I wouldn’t be up here today. Thank you!”

Be prepared for leadership in churches, nonprofits, and other faith-based organizations. You'll gain the...

Save time and tuition by integrating your B.A. in Biblical and Theological Studies with a Master of Arts in... In Their Heart Language: An Interview with...