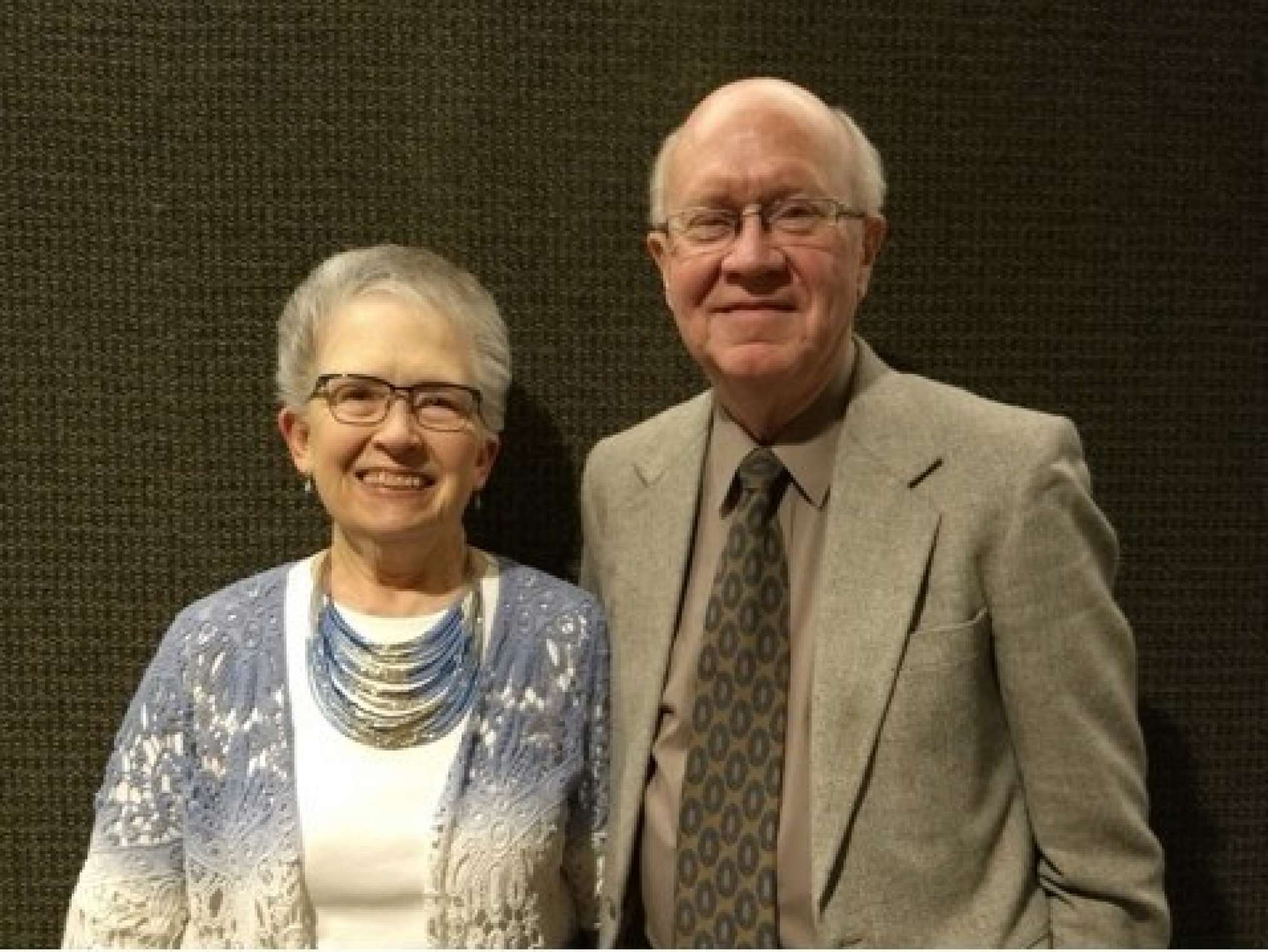 Bob and Jane Hosman attended Northwestern from 1963 – 1966. The two met while taking classes, sharing their first date at the annual spring formal! From their time at Northwestern until now, Bob and Jane have been involved with the University on a deep, heartfelt level.

With her degree in elementary education, Jane taught social studies to elementary age children for many years. Now retired, Jane spends her time directing a weekly food shelf at their church, Fridley Covenant. Manna Market food shelf serves 100-150 families weekly! This program is set up to serve a free supper, with guests selecting their own choices from the 2nd Harvest food rescue program. Due to the pandemic, the program has now adjusted to simply a drive-through which has helped keep the families fed during this time.

Bob’s experience in finishing his degree was a little different than most that attend Northwestern. In 1966 the downtown campus closed, leaving Bob unable to finish out his last year of college at Northwestern! For his final year, Bob attended Augsburg to finish his coursework in biology and in mortuary science at the U of M. During that time, Bob was drafted into the Marine Corps during Vietnam and was trained as a court reporter. Once out of the military, Bob’s employment with the state has evolved from court reporter to scheduler for worker’s compensation hearings.

After Northwestern reopened campus, Bob and Jane helped organize several “Akenson Era” reunions, welcoming everyone back! These were first held at Dr. Marie Berg’s home and later moved to the new campus where Dr. Ericksen and his administration welcomed everyone to utilize the new facilities, particularly Maranatha Hall. Former faculty and students participated in these gatherings, namely Dr. Tom & Jeanne Bower, who both still minister in churches in Iowa (or Egypt or Scandinavia or Indonesia). Bob and Jane mentioned how rewarding it has been to keep in contact with many old-timers through the years.

After the reunions, the Director of Alumni at the time, asked Bob and Jane to help Laverne Gustafson, secretary to many of the earlier presidents. This included leading the homecoming tours for the 50th year classes who were returning to First Baptist Church, where NW began, and to W. B. Riley’s estate in Golden Valley. Most of those alumni had memories of helping at Dr. Riley’s home through the years, and Laverne had the most vivid memories of Dr. Riley’s living room fireplace, where he and Billy Graham birthed KTIS.

In the time following homecoming activities, radio director Paul Ramsayer asked Bob and Jane to help feed supper to the staff of Sunday Nite backstage in Maranatha after rehearsing all Sunday afternoon, producing a live KTIS radio program, and taping another in the same evening! This fun adventure was led by the late Richard K. Allison and the very talented Michael Pierce (and Joy) Donnely.

Bob has especially enjoyed a longer-than-normal stint on the Alumni Council, where he receives reports from the administration, faculty and staff, of different plans for the school. Bob also gets a look at behind-the-scene tours of areas on campus not generally open to the public, like the remodel of Maranatha, with the new electric-lift orchestra pit!

Bob and Jane have treasured being close to campus and have enjoyed many campus activities, particularly the homecoming Showcase events (while Dave Halstensgard once rappelled down the Ericksen gym wall), the great play productions, music recitals, and Christmas at Northwestern. They have contributed to the University in countless ways. It is such a blessing to have them as part of our Alumni family!