Building an Orphanage on Faith 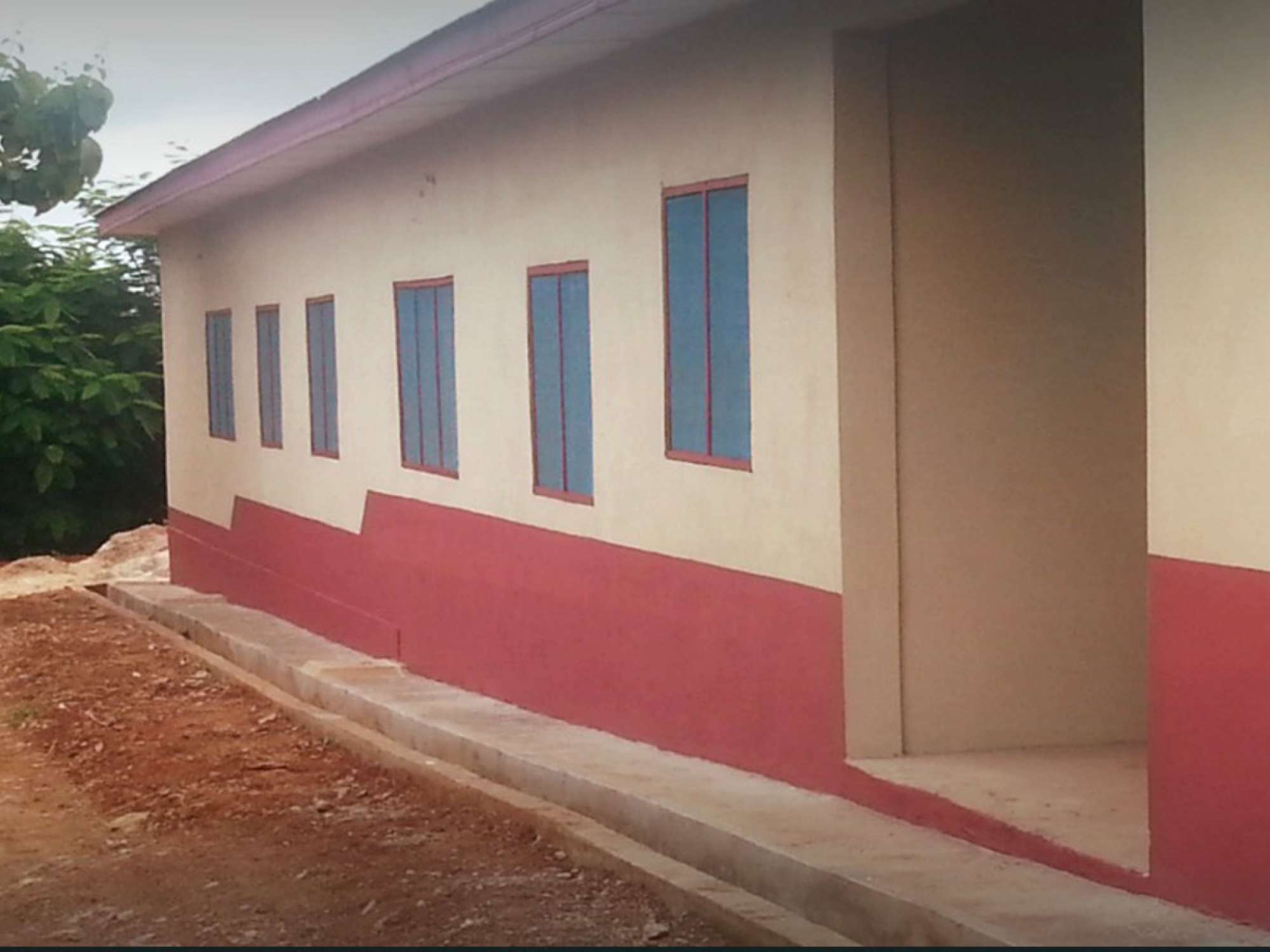 Chances are good that you've had an idea that seems great, if only...something. If only you had more time, money or education then you could tackle that big dream. Maybe if your situation was a little different, then you could make a real impact. Most people stop dreaming at that point. They divert their attention to more "realistic" goals. When Kwasi Twumasi '16, a University of Northwestern MBA student, got an idea to build an orphanage in his home town of Dormaa, Ghana, he didn’t stop there. He went to God to tackle what seemed impossible.

Twumasi had no experience building orphanages but he was familiar with overcoming odds. He was born to parents who did not have a formal education and couldn't even tell him his birth date. He laughed as he explained how he estimated how old he was based on others who were born about that same time, "You basically have to figure it out."

There were times Twumasi would come home and there wouldn't be any food for him to eat and he usually walked to school without shoes on his feet. When he accepted Christ as an eighth grader, his life changed. At that time, his Christian friends introduced him to the possibility of secondary school.

Twumasi was driven by the realization that education was his only chance to escape poverty. In Ghana's rural areas, it is not uncommon for a child to miss out on an education, simply because families cannot afford the $20 uniform. Twumasi relied on the support of loved ones and hard work to pursue his studies in electrical engineering, eventually traveling to the U.S. to get his master's degree.

"I just prayed to God. I didn’t even know how I was going to pay my school fees. A few friends helped me. I worked very hard and the first semester, I got straight 'A's. [The school] asked me to teach first year college algebra and...they paid me and I used my money to pay my school fees."

After graduating with his master's degree in engineering in 2005, Twumasi moved to Fridley, Minnesota to work for Cummins Inc..

Soon after the move to Minnesota, tragedy struck Twumasi's family. His brother-in-law and sister, who both lived in Ghana, became severely ill and his brother-in-law died. The AIDs epidemic had claimed another victim. Through this painful situation, Twumasi was moved to act.

"At a point I just said, 'ok if my sister is in this situation, what happens to her children?' In my area that I come from, Dormaa has about 20-22,000 people. There is no orphanage there. There is no place where children can be taken so that someone can take care of them. So I decided to do something about it."

From that point on, Twumasi's story became a parable—teaching the virtue of persistence. Little by little, he saved his own money to buy a plot of land for $3,000. He drew up a design for a building and asked a friend if he knew an architect who could create the blueprint.

"When I went to the land and registered it, I said I don’t have the money. I'm not rich. I'm just an ordinary engineer but I am determined to build gradually; each year I will do something. So the first year I did the foundation. The following year, we built the main structure. In 2013 we continued up to the roof point. In 2014 we roofed the whole building. Then we started plastering and putting windows in and electrical wiring and plumbing."

Word spread to Twumasi's friends and coworkers about his project. People began giving money to help him achieve the next stages of the construction. In Africa, a little money can go a long way. "Sometimes people ask me how [am I] going to take care of the children," Twumasi said. "I say that is the cheapest thing!" With the purchasing power of the American dollar in Africa, Twumasi estimates that it would take just $7,000 per year to pay a small staff and provide essentials for a group of 50 children.

Faith as the foundation

Building the orphanage has been a practice of walking in faith, step by step. "We come to a point that we have to roof, and we need to spend close to $10,000—wow! How do we get $10,000?" Twumasi said as he recalled the feeling of coming upon a seemingly insurmountable hurdle.

"It is not us who are doing it. It is God doing it through us."

"I just pray, sometimes I fast, and tell God this is what I want to do. Sometimes I write emails and letters to friends letting them know we are doing a financial campaign, letting them know this is where we are if anybody can help us with this. People give $20 or $10. Some people have given $500 or $1000 before. Then you put this together and you say 'Ok, let’s go roof this.' Before you realize, that chapter is done and you move on to another chapter. That is how it is. It is not us who are doing it. It is God doing it through us. If you think you are doing it, you’d be mistaken. ...You just have to make yourself like an instrument. Don’t be afraid that the dream is too big or that you won't get the money. Every time the thought has come to me, I say 'Satan, He who has started a good work, will complete it.' So I’m not afraid. The one who helped me start it, He will accomplish."

And God has been faithful in bringing the project to completion. In 2009, Twumasi established the Dormaa Children's Home as a non-profit organization. With God's grace, working through the generosity of friends and coworkers, Twumasi is planning to furnish the orphanage and purchase kitchen appliances this summer and open the doors in the fall. In less than 10 years, God has brought to fruition a dream that was planted in the heart of a servant who remained faithful to the calling.

What work does God want to complete in you? Perhaps it is time to revisit that dream that seemed too big. By God's grace, yesterday's improbable calling can become tomorrow's testimony, if only we live faithfully today.

The program prepares graduates to be engineering leaders who are able to coordinate a multidisciplinary team...