Faith, Family, and Basketball: Four Brothers and their Northwestern Legacy 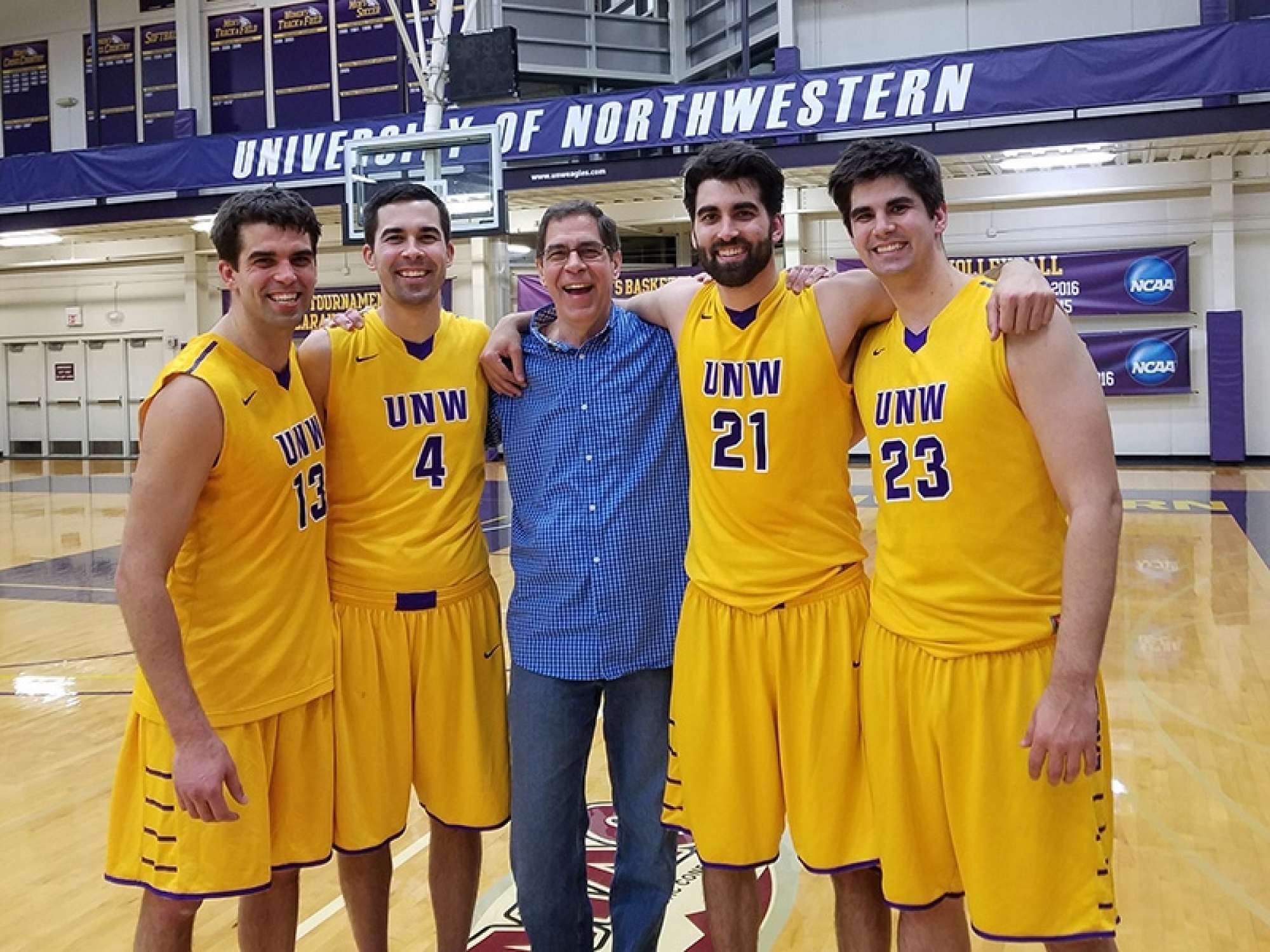 Jonathan (‘02) was the first of the Anderstrom brothers to attend Northwestern. He chose UNW to play basketball and to be challenged in his faith. The Eagles former basketball coach Joe Smith recruited Jon to play for Northwestern. Jon’s now wife Stacy (‘03 Roers) saw him play basketball when she was still in high school and came to visit Northwestern. “As a newly minted sophomore, I felt it was my duty to scout out the incoming freshman women's volleyball team. I caught a glimpse of the most beautiful woman in the world and quickly got to know her,” said Jon. Jon and Stacy now run a software development company based in St. Paul.

Tim (‘04) Anderstrom decided to come to UNW two years after his older brother. Tim valued the unique Christian environment of Northwestern and was impressed by the business department. He walked on, tried out and made it on the basketball team. Tim also met his wife Janice (Nelson ‘04) during his time at Northwestern. The first time they spoke was when she introduced herself after a basketball game their freshman year. Tim is currently a managing director at a public accounting firm.

Jon and Tim had two years at Northwestern together. While they didn’t play basketball together, they both enjoyed staying connected in each other’s lives. “It was nice knowing we had each other's back and were rooting for the success of one another. Tim was a lot smarter than me and could have gone to any school he wanted, so I was really happy to have him with me at Northwestern,” said Jon. The two years they shared at Northwestern helped to shape their faith and grow together in their relationships with each other and with the Lord.

Their brother Mike (‘08) didn’t originally want to come to Northwestern because he wanted to do something different than his older brothers, but God had a different idea. “I knew I needed to lay a solid foundation spiritually. I really needed that at that time,” said Mike. He, like his brothers, played basketball. Mike gives credit to his close friends and teammates for being strong Christian examples in his life, and he looks back at the Bible classes at UNW for helping him to grow his relationship with God. Mike met his wife Tana (Engskov ‘07) freshman year and they quickly became friends. They began dating and got married after they both graduated from Northwestern.

Robbie (‘13) Anderstrom is the youngest. He grew up coming to UNW basketball games and seeing Northwestern as home before even deciding where to go to college. Johnathan was playing basketball while Robbie was still in elementary school, so he grew up at Northwestern. “When it came time to decide, I never even looked at other schools,” said Robbie. “I wanted to be a ministry major, I wanted to be local, and I wanted to play basketball.” Robbie was the last of the four brothers to meet his wife at Northwestern, and he married Elaine (Kuriger ‘18).

Two siblings both playing the same college sport and meeting their spouses at the same school is unique, but four brothers all choosing to be Eagles and then all meeting their wives at Northwestern? What an incredible legacy to leave behind. The Anderstrom brothers look forward to the alumni basketball game every year. It is the only time all four brothers get to play together on a team. “The alumni game connects us in a way we could not otherwise be connected,” said Jon. “It feels like we are coming home.”

Coming back to Northwestern, being on campus, and seeing the current students reminds the Anderstroms that they are proud to be Eagles. Their time at Northwestern provided a solid foundation of faith and their Northwestern legacy will be carried throughout their family as time goes on.