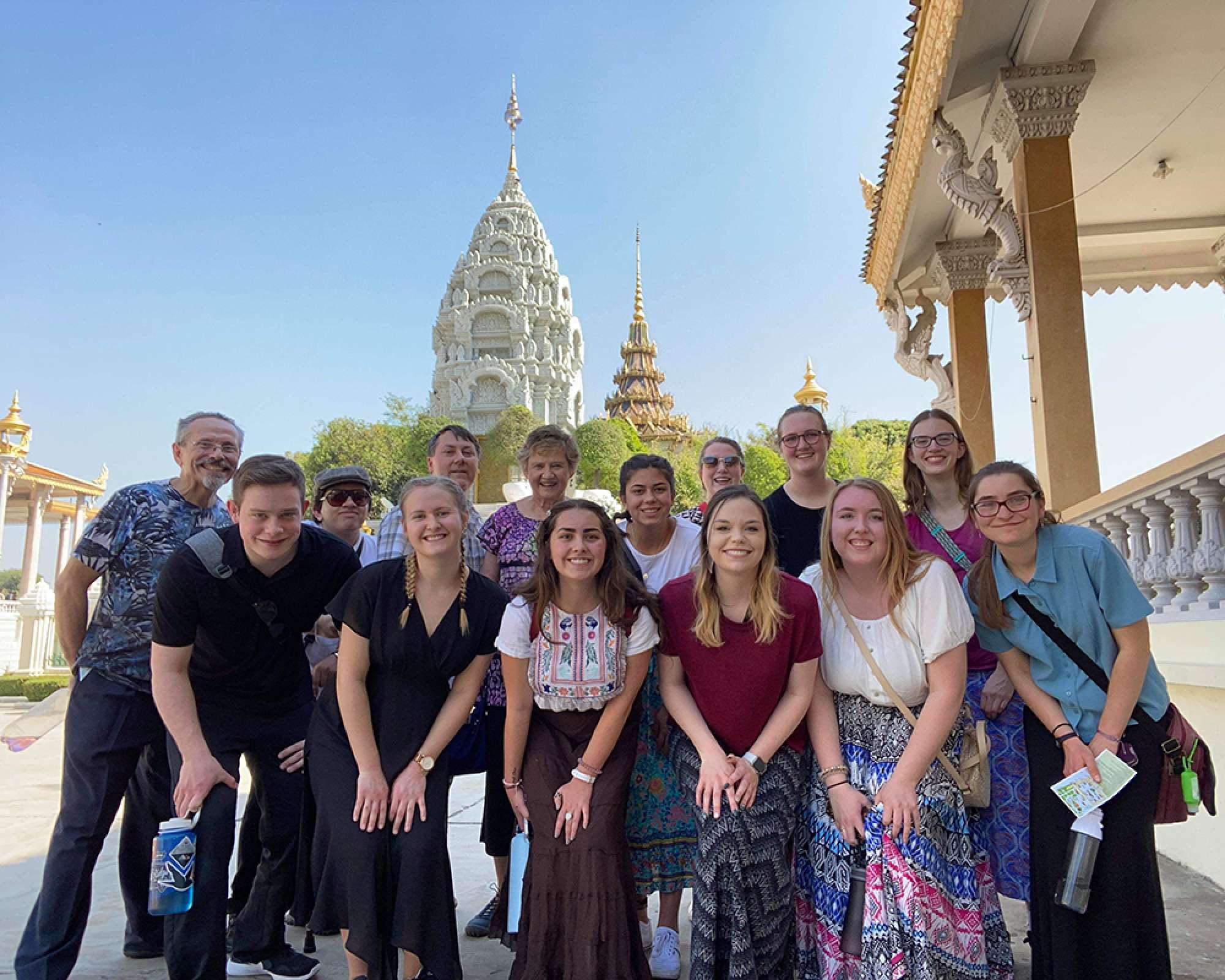 When Northwestern’s Intercultural Studies (ICS) Internship team left the country in January, they had no idea about the global events that would soon affect nearly every facet of life for everyday people. Thankfully, COVID-19 did not significantly affect the students’ experience in Asia, as the greatest impact and restrictions of the pandemic were established shortly after the team returned home.

Filled with new situations, new foods, and new friends, their time in Asia was defined by growth and learning.

The first stop on the team’s itinerary was the country of Cambodia. With a duration of only five days, this was the shortest stay at any of the team’s locations. It was also a new location for the trip’s experienced and tenured leader, Dr. Easterling. This five-day period was intended to be many things: a “vision trip” to see the power of God at work, a place to “get their feet wet” culturally, and a transitional setting where the students could work through jet lag and adjust to the 12-hour time difference.

Despite its relatively short length, it was not without impact. One of the students on the trip, Emily Fisher, described her observations about attending a Cambodian church on their first full day: “The way they worshiped God was amazing. I don’t even know how to explain it. They just worshipped with such awe and such fervency. They lived such worshipful lives.” Applying that experience to her own life, she continued, “No matter what’s going on, no matter the circumstances, worship doesn’t end when the music stops. That was a theme throughout the entire trip that started that first day.”

“The way they worshiped God was amazing. I don’t even know how to explain it.
They just worshipped with such awe and such fervency.” —Emily Fischer

The students’ next stop was Thailand. Their mission there was to partner with Santisuk English School to teach English to Thai students for one month-long session. Because Santiksuk has multiple branch locations scattered throughout the Bangkok area, the students were split into three groups and sent to different locations. Two groups of two students were sent to outlying campuses, while the remaining students remained at the main school campus.

This arrangement had many positives, though it came with struggles as well. Being split up gave each individual more personal responsibility, especially those who lived away from the main campus. It also provided an opportunity to more closely experience what long-term missions could look like. However, it was also a time of loneliness and isolation, particularly for those students at the outlying branches. While they enjoyed their freedom, they also often found it difficult to not have the support and community of the team around them. 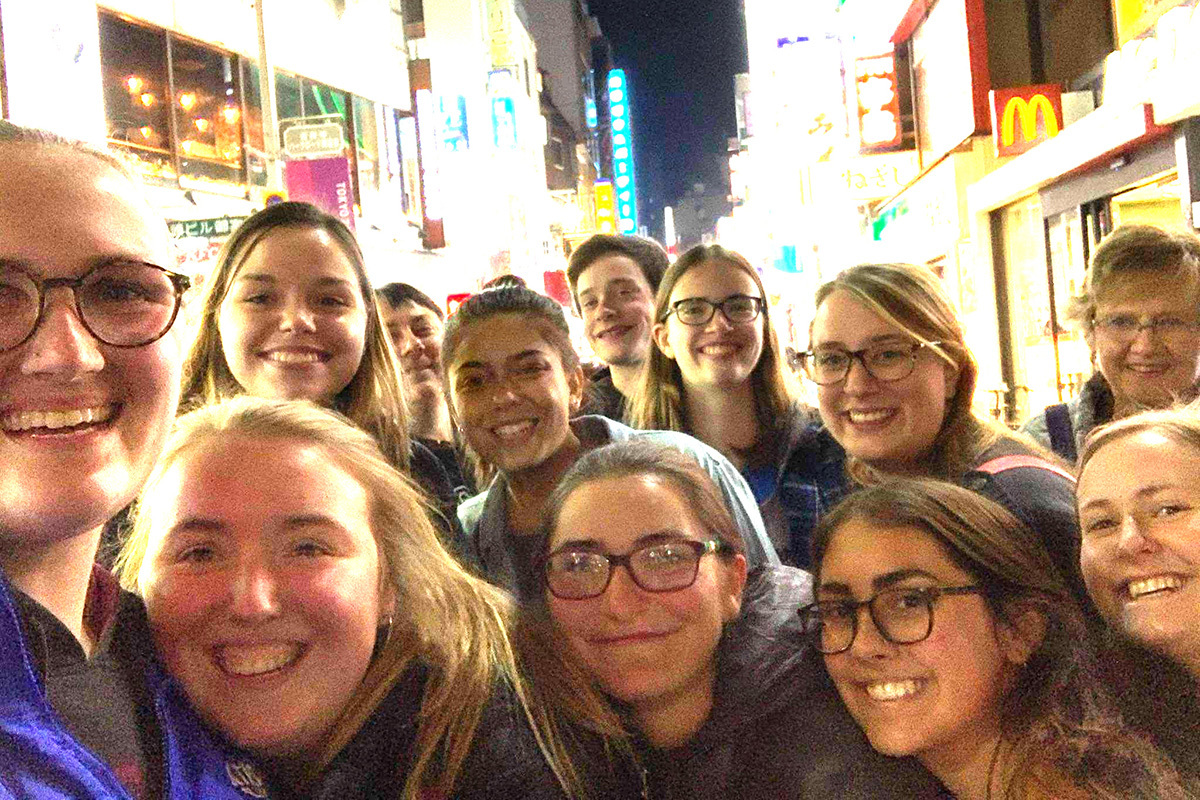 The team’s reactions to Thailand were the most varied out of all countries visited. Krista Hanson stated that Thailand was her favorite country: “I made so many good friends and was able to develop patterns of living during that one month that made Thailand feel more like home than the other [countries].” Cosette Gamache, also a junior, talked about the impact that Thailand had on her personally and her thoughts for the future: “I didn’t really expect to fall in love with Thailand. For the longest time I’ve had my heart set on teaching English in South Korea, but now I’m wondering if I’m called to Thailand. God really does work in mysterious ways!”

Other team members’ experiences in Thailand weren’t as positive, largely because teaching English was not their strong suit. While this was the case for Natalie Karl, she summarized her experience by stating, “the people and my students made the teaching so worth it.”

“The biggest theme I learned is that God works behind the scenes when you don’t realize it.
I got to see how people before me had planted seeds and how [those seeds] were blossoming right before me. It was a reminder of how faithful our God is.” —Celiena Davis.

The team came back together again to head to their next destination, the island of Cebu in the Philippines, where they were graciously welcomed by their hosts, a local pastor and his wife. The team learned that the couple prayed for the Northwestern students for months ahead of their arrival on the island and had developed a vision for the ICS team’s time in their country: to experience what “real life” looked like in a local, Filipino church. They intentionally did not plan big events for the team to host in their community in order to show the ins and outs of daily life for Filipino church leaders.

The church was connected to an elementary school, where the pastor’s wife was the principal, so part of the ICS team’s time was spent with students of the school. Each Northwestern student was given the opportunity to teach a Bible lesson to a class of Filipino children. The ICS team also hosted weekly children’s ministry events, attended youth group, and accompanied the pastor on prayer visits to members of the congregation. Of her time in the Philippines, Heather Jones stated that she “really enjoyed being able to work with just one church and [being able to see] what daily life was like.”

While in Japan, the team worked mostly with one specific missionary couple doing outreach through children’s ministry and participating in Gospel choirs. While comfortable leading different types of children’s activities, singing in Gospel choirs was outside of the comfort zone of many members of the team. It was a valuable learning opportunity nevertheless, proving to the students that God can use absolutely anything to draw people to Himself.

The team also relied heavily on the experiences of Northwestern professor and trip leader Dale Lemke, a former long-term missionary in Japan. Under his cultural guidance, the team experienced days filled with many new things, including the busiest intersection in the world, pig cafes, Japanese bathhouses, karaoke, Mt. Fuji, and a tour boat that resembled a pirate ship.

There was quite a bit of collective excitement from the students about going to Japan, and for Keegan Goldfarb in particular. His experience did not disappoint. Having “really enjoyed the culture and people there,” Japan soon became his favorite country visited during the trip.

He is totally in control. I had no idea what each day would bring,
so that meant that I had to learn how to be flexible and trust God.” —Laura Toppin

After their time in Japan, the team stopped in Hawaii to debrief and then headed home with hearts and minds filled with all that had transpired over the past two months. 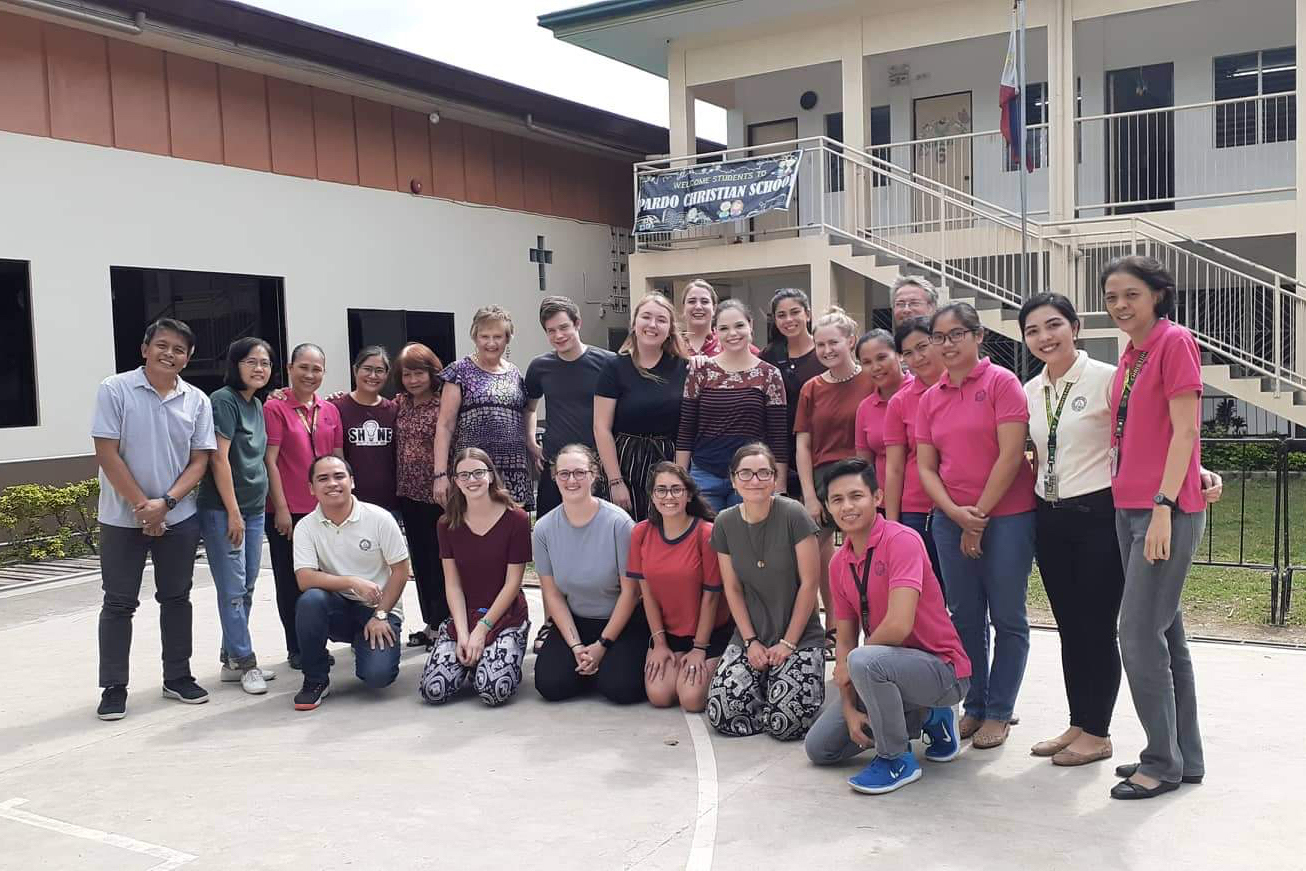 Perhaps there is no truly sufficient way to sum up a two-month cultural immersion trip like this in one word or sentence, though one theme Claira Bushway saw throughout was “to step into the person that God has called me to be. This includes being bold, trusting Him, building relationships, and living life in the pure joy that God gives.”

It was a very full time: full of diversity, new experiences, deep struggles, personal victories, spiritual growth, occasional conflicts, lots of laughs, unforgettable memories, and lasting friendships. It was a trip of many things, just as life is full of many things. And while it most certainly was a trip of a lifetime for most of the students, it was also a trip of life. Doubtless that God will continue to use this experience to impact, teach, and guide the ICS team in the months and years to come.