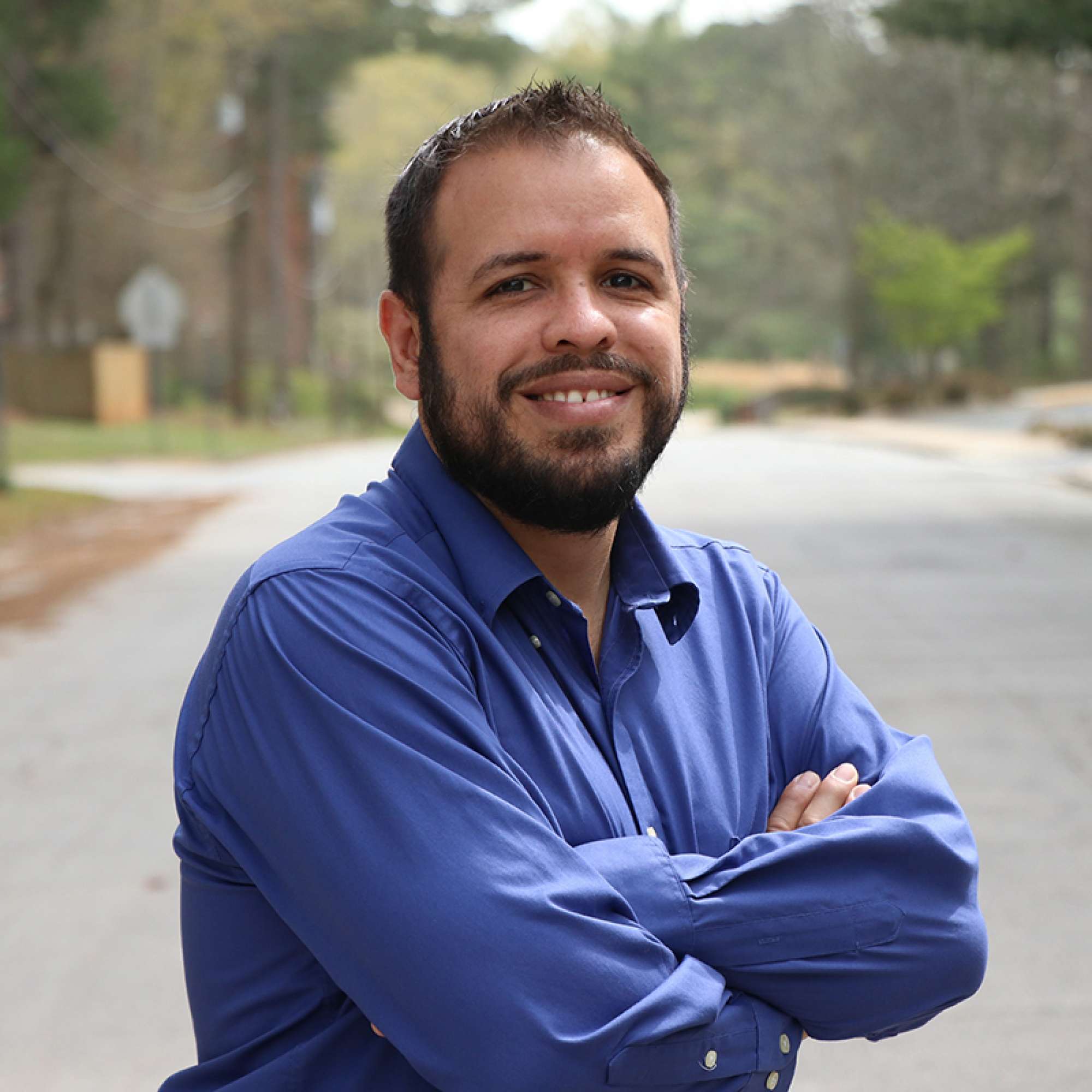 University of Northwestern – St. Paul welcomed four new full-time faculty for the 2021–22 academic year. Below is an excerpt of our interview with Dr. Juan Carlos Téllez, assistant professor of Intercultural Studies.

Carlos Téllez brings a wealth of pastoral, intercultural, and Christian higher ed experience to the Department of Christian Ministries. Prior to joining Northwestern, Dr. Téllez served at Grace College in Indiana and on the pastoral staff of churches in Indiana, Atlanta, Colombia, and Honduras.

When did you arrive on campus?

I started at Northwestern in August. We were living in Georgia and moved to east St. Paul in May. We live two minutes from Lake Phalen and are already getting into our East Side Pride.

What is your role at University of Northwestern?

Is there course material you are particularly excited to teach?

So much. I’m excited to teach the Cultural Anthropology class; I’m very much enjoying that. Intercultural Communications is also a field I really enjoy. And anything with Biblical theology of missions.

A core value of mine is crossing boundaries. I am passionate about helping people relate to, love, and reach those who are not like themselves—particularly racially and socially. Anything that relates to engaging people who are not like ourselves is a deep passion of mine.

No. I lived it, but I didn’t study it until I got to seminary.

That class brought to light so many things about the way I think and the way I’ve had to navigate and go between cultures. It was like a counseling class for me as a cross-cultural person and a marriage counseling class for me and my wife. My wife is of North American descent with North American parents. The class even changed my thinking about how the Gospel relates to people that are not like myself. It was very providential that I took that class.

What were you doing before joining the UNW faculty?

Church planting and youth ministry were the main themes of my work before coming to Northwestern.

While in seminary, I served as English ministry pastor and functioned as youth pastor for Michiana Korean Presbyterian Church. I worked there for four years.

I also worked in higher education at Grace College in Indiana. I was in charge of all the study abroad and international short-term trips for the university. Grace sent about 250 students around the world each year. I led students on short-term trips to over 10 countries while there. And then I served as chaplain for several years.

Why did you choose to work at Northwestern?

God was working behind the scenes in my family as well. When I was looking for a job, there were eight or nine options I was considering all over the country and world. With all those options on the table, my wife and four children starting saying, “We want to go to Minnesota.” When I asked, “Why Minnesota?!” they said, “Because of the snow.”

One night my eight-year-old prayed and said, “Jesus, please take us to a place where the snow is taller than me.” My family can’t agree on what to have for dinner, and yet God put something into their hearts about Minnesota.

For me, instead of a grand plan where I could see the end goal, following Jesus has been much more like a game of Marco Polo: I’m in the middle of a place, I call out His name, and I go to where He calls.

Did you aspire to teach in Christian higher education when you were in school?

Yes! When I was working at Grace College, I got to teach quite a bit and really enjoyed it. That’s why I started getting my Ph.D.

My wife and I were preparing to be overseas missionaries, and I thought I would teach after that—when I was in my 50s. But when I graduated from seminary, the mission agencies I called told me they had nothing available. It was so strange.

Around that time, I learned about a Ph.D. program at Trinity International University. So, while I didn’t have money to pay for it at the time, I decided to apply and got accepted. God providentially, miraculously provided for me to go through the program. And when I finished my Ph.D., God opened this door right away. I thought it would be later; He said, “Now!” We go when God calls.

I think some people are given a template for their life by God; they know from a young age exactly what the end goal is. That has never been the case for me. For me, following Jesus has been much more like a game of Marco Polo: I’m in the middle of a place, I call out His name, and I go to where He calls.

But when looking for a job after seminary, I started calling out to God to see where He’d lead me, and He clearly pointed here. So here I am: a professor at a university in Minnesota.

What is your favorite part about Christian higher education?

The amazing thing about higher education is you get to step into a moment in time when students are thinking about their future and dreaming about where God will lead them. You get to walk alongside them and say, “Can we say ‘Marco’ together and see where God is leading you?”

Christian higher education is not just about knowledge; it’s also about character. Character is foundational to what we do as followers of Jesus. We are in a unique context where we have the opportunity to confront students in love and address something that, if not corrected, could become a major life issue. What better time to address it in love and help shape character than now?

What is your favorite part about working with students?

I love that students always keep me on my toes. The students come from a different culture and generation than me, so they keep me on my toes culturally. These last few weeks I’ve learned about the Minnesota State Fair, about “hammocking,” about specific Tik Tok references. It helps me engage in their culture, and it keeps me on my toes in my own intercultural journey.

What area of expertise are you most excited to bring to Northwestern students?

If I see a circle and someone else sees a square, I can’t just sit there and say, “It’s a circle.” At some point I have to say, “We must be looking at this from a different angle. There has to be a reason why you, a person created in the image of God with dignity and the respect you deserve, are seeing something that I’m not seeing. I want to do my best to try to see it the way you are seeing it.”

Do you have a proudest accomplishment from college or seminary?

I’m one of a handful in my family to get a college degree, one of very few to get a master’s degree, and the only one to get a Ph.D. I am charting new waters for my family.

When I was in Colombia, the pastor of the church where I attended youth group took me under his wing. His son came the United States for twelfth grade and attended University of Northwestern – St. Paul. Never in my wildest dreams did I imagine being a professor at a university where the son of a missionary to Colombia attended. I’m still amazed that I am here!

Were you involved in athletics, arts, clubs in school?

I’ve played soccer (fútbol) since before I could walk. I also played guitar in bands in college.

What advice you would give to incoming freshmen?

Try lots of different things. And hold whatever you think right now with an open hand. You might change majors, that’s okay. Remember Marco Polo: God may surprise you and take you in a different direction than you thought, and that’s okay.

What would you say to outgoing seniors?

I would say the same thing. But also: the step out of college is one of the hardest steps you’ll take, so give yourself grace. You’ll go from a very structured community and context to a very ambiguous reality. It’s going to be a hard transition. Hold firmly to your friends and convictions—but give yourself a little bit of grace.

It might take a minute to settle down and find a career and get a good salary. It may not happen right away, but keep at it. Keep moving. You don’t have to accomplish everything right after college. Give yourself a little grace.

Do you have a favorite thing to do or place to go on campus?

I like getting coffee at the faculty and staff coffee station outside of Dr. Sommers’ office. I’m from Colombia; I love coffee! So every day around 1 p.m. I go and get some coffee. I’m so grateful to the person that makes coffee available!

What have you been reading or listening to recently that you’d recommend?

One book that has rattled me is Genghis Khan and the Making of the Modern World by Jack Weatherford. It’s about how Mongolian civilization shaped how we think about life in the western world. It is so well written. Another book is the novel Silence by Shūsaku Endō. It’s a story of how Franciscan priests took the Gospel to Japan and about the mix of cultures between the Portuguese and Japanese. It’s fascinating.

What do you like to do in your spare time?

I practice Brazilian Jiu Jitsu; that’s something I really enjoy.

I love to watch movies with my family. On Friday nights, we get pizza and Coke, and one person in the family chooses a movie—from youngest to oldest. (It sounds cute, but the truth is that we do that so we can decide; it’s impossible for us all to agree on a movie.)

I also love listening to music. I love music from around the world and always start class with music. If you’re in my Cultural Anthropology class, for example, you might listen to Italian rap, Bossa Nova from Brazil, K-pop, or salsa. I love music!

What would you say to prospective families and students about Northwestern?

Because Northwestern is a small university, you will have direct attention from and contact with your professors. You are going to be known by somebody. And you will have much closer contact and relationship with other students.

Here you will have professors who have walked in various paths of life shaping you in a Christ-centered way. It’s not only about book learning, but about character shaping. You will be encouraged in your faith without settling for easy answers. This is a safe environment for students to question their faith in a way that grows their faith.

You can rest assured there will be people at Northwestern praying for you, praying with you, answering your questions, and challenging your thinking—all with the end goal of Romans 8:29, to be shaped into the image of Jesus. 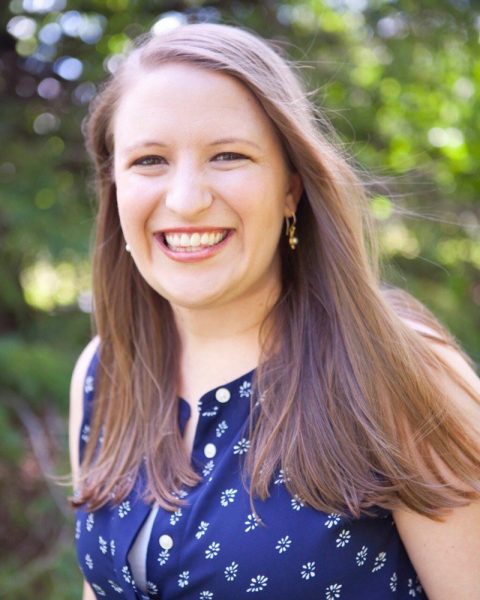 University of Northwestern – St. Paul welcomed four new full-time faculty in 2020—three of whom are... 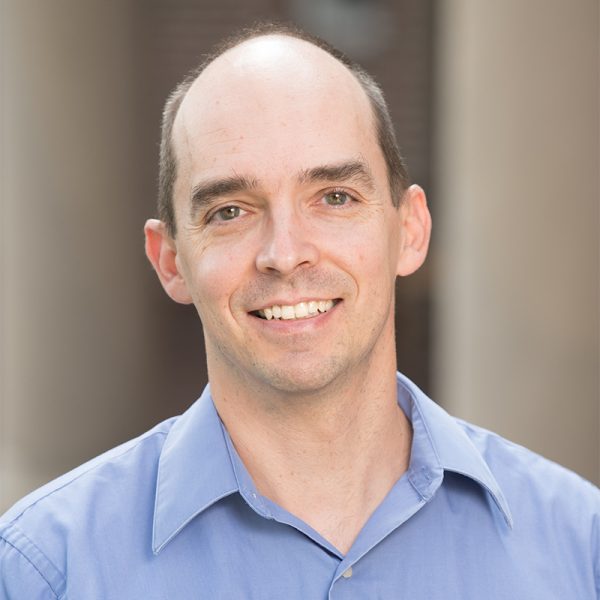 Jon Nykanen brings a wealth of data analytics experience to the Department of Computing, Data, and... 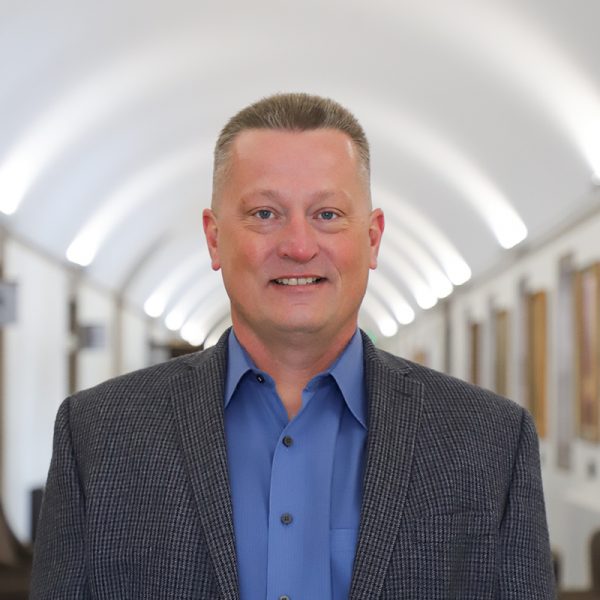 Brad Ruiter, a 1990 alumnus of Northwestern, brings a wealth of experience in sports management to UNW,... 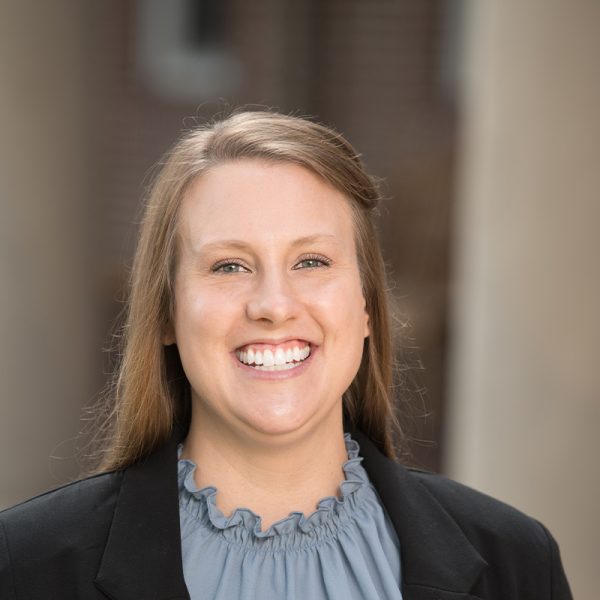 Krystal Seeling was an adult medical/surgical nurse, then a pediatric medical/surgery/cardiac nurse at the...