The Poet Knows What the… | University of Northwestern, St. Paul

The Poet Knows What the Copywriter Doesn’t. And Vice Versa. 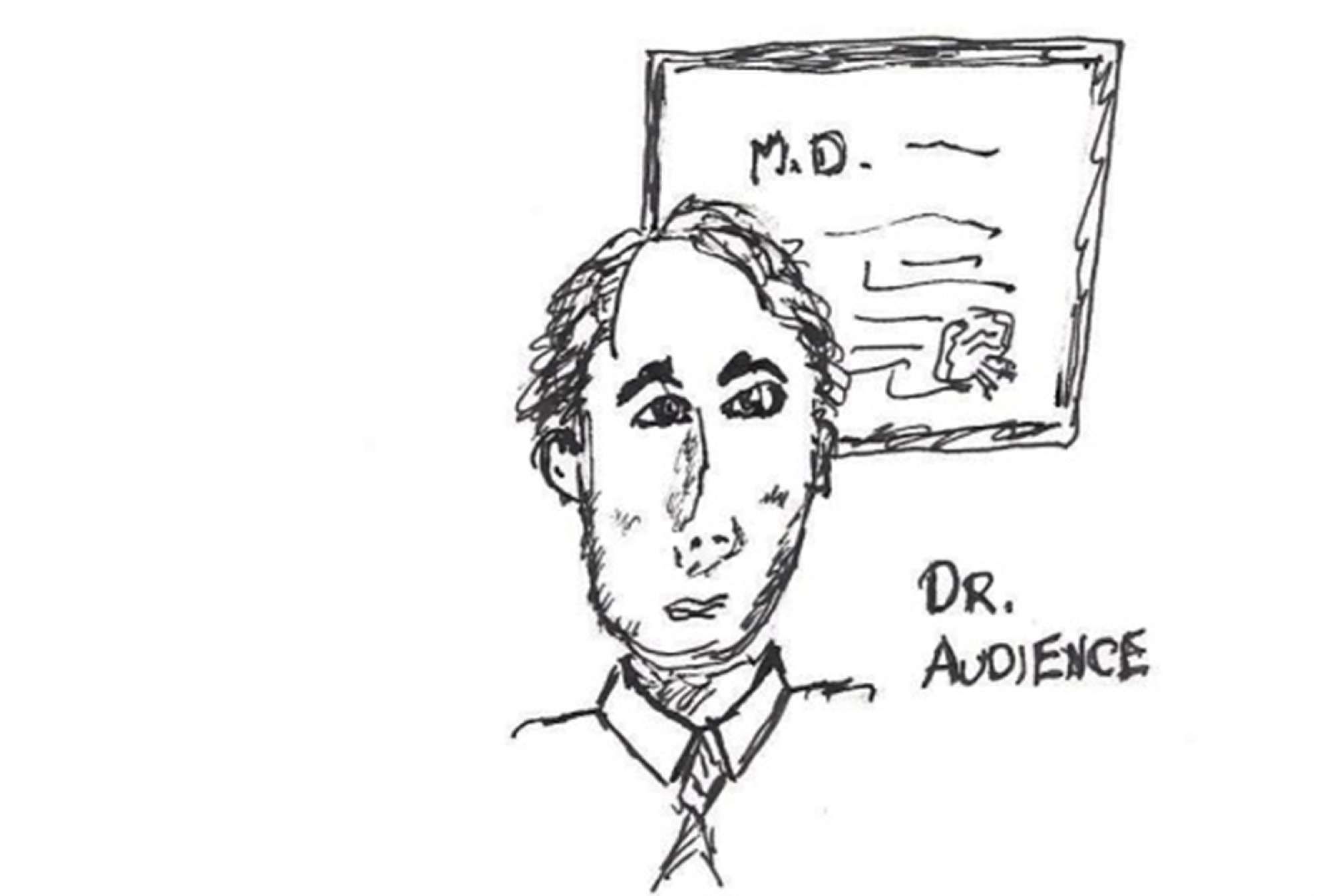 The first time I taught technical writing at University of Northwestern, a poet came to town to talk with the English department. I scheduled our class so we could hear from the poet. In explaining his writing process, the poet said: “I never think about the audience.”

This blew my mind.

As a copywriter, I never stop thinking about audience. I’ve sketched Dr. Audience and taped the sketch behind my screen. The sketch helped me remember audience detail as I wrote advertising copy for physicians. As a writing instructor, I imagine the rows of faces looking at me when I say this odd sentence or state that obscure fact—and I know immediately I need to rephrase the sentence or locate the source.

I think about audience constantly.

That’s because there is a bit of the poet in every writer, whether that person is a technical writer, a copywriter, a marketing writer, a novelist or a lyricist. Every writer pulls on that thread that shuts out everything to pursue an image. It is the dogged, solitary chase to capture the idea that is running full throttle away from you. The poet shuts out audience in pursuit of the idea. The audience may have pointed her toward the idea, but it is her solitary work to lasso it with words and bind it to paper.

Same with the capitalist writer: whether a copywriter, a marketing writer, a technical writer, a writer of greeting cards or the writer of radio scripts—at some point the strategy and audience/market research fade to gray as the writer pursues the big idea. It is a chase—always a chase—followed by wrangling and coaxing and sometimes beating the idea into submission and onto the page.

But there is also something of the capitalist in the poet. No one is entirely free of thinking about what their audience wants. At the very least, writers write to please themselves—an audience of one. Writers who are Christ-followers also write to serve the God of the Universe even as they seek to connect and encourage the humans around them.

There’s another point where the poet and the copywriter agree—both want their writing to accomplish something out in the world. The Oxford don J. L. Austin coined the term “speech-act” back in the 1960s and wrote a book called “How To Do Things With Words.” Because he was a philosopher of language, he felt free to make up words (a regrettable side-effect of being a philosopher). These words quickly took narrow, specific meanings. Austin’s notion of a “performative,” however captured many readers and writers. A performative was a word that went out to accomplish something in the world. Picture a pastor officiating a wedding: “I now pronounce you husband and wife.” Something changes in the world because of the words—the performative—the pastor spoke.

The poet and the copywriter seek to change the world. Maybe a lot. Maybe a little. Many of us are happy with a wee sliver of change. Both the copywriter and the poet conjure words they hope will perform acts out in the world. Those two writers may start at different relationships with their audience, but they hope their words will land squarely on someone and cause action.

For certain both the poet and the copywriter are themselves changed by the words they write.

The largest Christian writers conference in the country is your opportunity to learn from successful authors, acquisitions editors, and literary agents. I want to write. Am I doomed to be a barista?

As an instructor in the professional writing program at UNW, I see lots of talented students. But these... The Risk of Excellence: Embracing Writing...

Writer and professor, Judith Hougen talks about the risk and reward of critique.