To Tell the Truth | University of Northwestern, St. Paul

To Tell the Truth 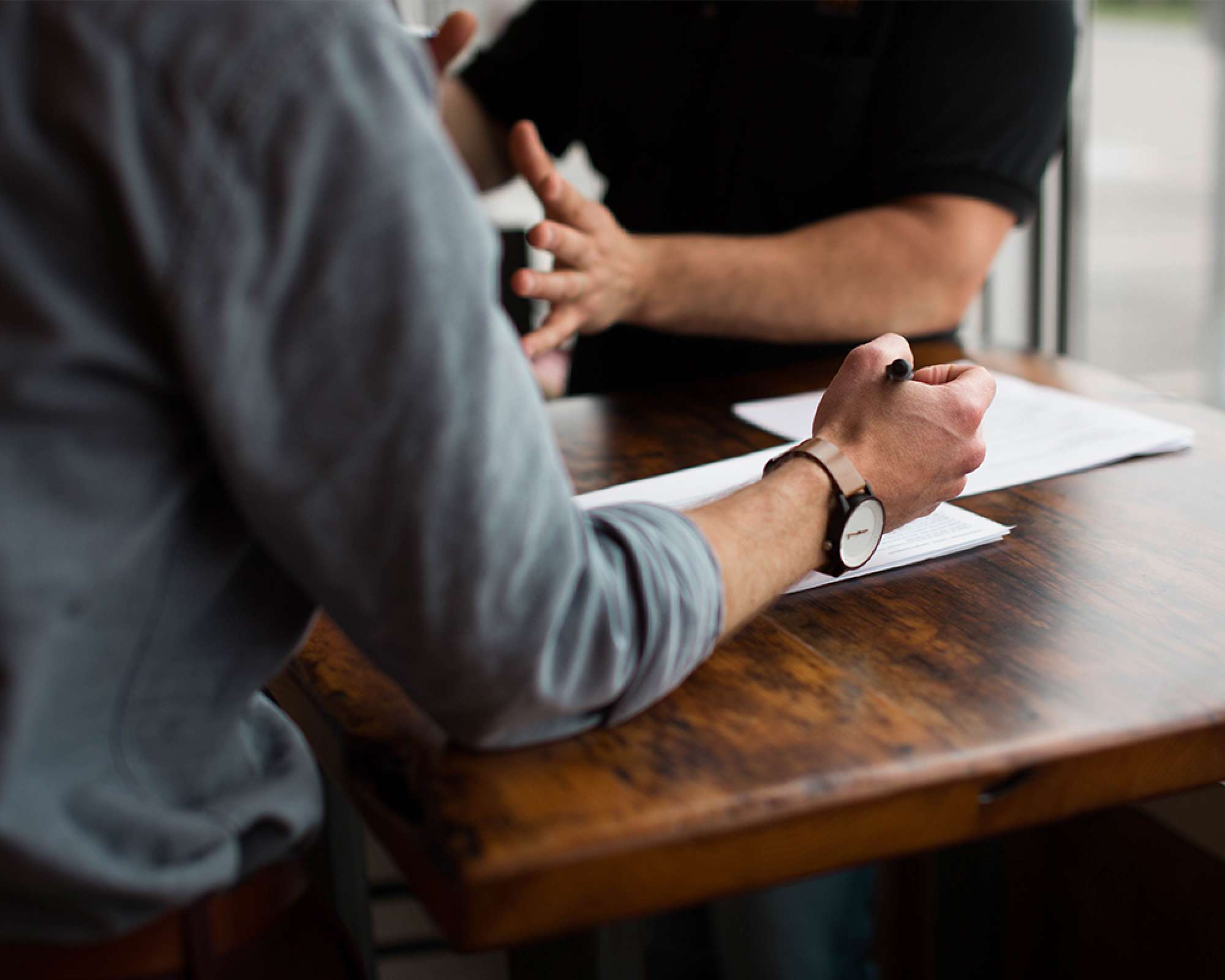 We are already settled into Quad 2 at Northwestern. Academically, that is the end of one chapter, the beginning of another, and the middle of the semester we were already in. It has been just enough time for our students to have experienced some measure of success—or some dismal distress. Since the Federal Educational Right to Privacy Act (FERPA) makes students’ records their own, many parents are left to ask for the evidence of tuition dollars well spent. That’s when, usually with good intentions, our students make choices that send our relationships into the zones of absolute truth, half-truth, or outright lies. To lie is to be human. Even if it is a “white lie” meant to protect, an exaggeration to make things look less dire, or a lie of omission to hold pain at bay, it is not the whole truth. The challenge is whether or not to tell the truth, the whole truth, and nothing but the truth. Without exception, every single one of us wrestles with those decisions—some more than others.

An image comes to mind of three contestants, each introducing themselves with the same identity on To Tell the Truth, one of network television’s early game shows. Celebrity panelists were presented with the central character and their unusual occupation or experience. The panel then questioned the three contestants to determine which one of them was telling the truth and which two were imposters who had been given permission to lie. The answers were all quite convincing, requiring careful observation and intuition for panelists to separate truth from fiction. Of course, there were always inherent benefits for successfully misleading the judges. Protecting the truth came with immediate and enticing rewards. The fact that the show ran continuously from 1956 to 1978 and has been both syndicated and reincarnated multiple times since, is a good indication that we all relate well to the common conundrum of pinning down the absolute truth.

Some of our students come alive in the classroom. They thrive in academia. They are natural “academic athletes” who perform well in the collegiate arena. The distractions of life in residence halls or the stress of balancing long commutes and part-time jobs doesn’t deter them from keeping their studies top priority. They’ve worked up to the rigor of the college classroom. Challenges spur them on. They’ve had enough bumps in life that they can tell the difference between tough circumstances and a defeat. They have nothing to hide.

However, some of our students, who took on the collegiate challenge with our encouragement but aren’t as prepared, will struggle with self-discipline, are less resourceful, and are more uncomfortable asking for help. With all good intentions, we may have contributed by rewarding them for performance to the point that they question their own value if their outcomes are less than they expect from themselves or less than they think we expect of them. Is it possible we haven’t role modeled transparency when we’re in trouble? Could sheltering them from our own struggles with performance, financial stress, or threats to our jobs contribute to their reluctance to share? In some cases, our self-protection also teaches them that facing defeat is something we need to do on our own. If our students aren’t sharing their poor grades, their social mistakes, and their crises of confidence with us, it is entirely possible that telling a lie—or at least not offering the truth—is born out of a genuine fear of disappointing the people that love them the most. Unfortunately, hiding an uncomfortable truth brings on a host of new challenges.

Ann Landers said, “The naked truth is always better than the best-dressed lie.” It is tough to achieve, but ultimately necessary to share our struggles in order to get help but let’s be honest with ourselves. Encouraging our students to tell the whole truth may be inviting greater relational struggle before we can establish healthier patterns. Is it worth it? YES. Integrity may be the most critical lesson our students ever learn and whether they are wrestling with plagiarism and cheating, attendance issues, alcohol violations, or running up credit debt, it is better for them to grow in integrity now than later.

You may have experienced To Tell the Truth in your own home. It might look like playing a sleuthing game to unearth what you really want to know without your student shutting down or shutting you out. It could look like you avoiding asking because you don’t want to discover that there is an F on the transcript, a history of late and missing assignments, or a disciplinary action. If you experience approach/avoidance in conversation with your less-than-transparent student, may I offer some thoughts on discerning lies and loving your student into the whole truth?

BE AWARE OF SILENCE. Likely, there was a point in time that your kids were so excited about an accomplishment that they couldn’t wait to tell you. They wanted their very best supporter to celebrate their victories with them. That was then. This is now. What have you heard about how first quarter wrapped up or how their current classes are going? Have you seen an unexplained fine on your student’s bill? Do you get vague answers to your “How’s it going” questions?

I’m not saying our students need to relay every detail or rely on us exclusively. Growing more independent is its own achievement. However, according to Robert Louis Stevenson, “The cruelest of lies are often told in silence.” I have a student who has struggled. He has many incredible gifts but being an academic athlete is not one of them. His academic defeats are often shrouded in avoidance. Conversations dodge the very things we should be talking about together. As uncomfortable as it is, I often need to initiate the conversation. It might go something like this, “I am looking to have a conversation, not a confrontation, about your progress. I have some questions that I need honest answers to and I’d rather wrestle the truth together than live too comfortably in the not knowing.”

BE AWARE OF CLUES. I read an article that suggested that when people want to escape a situation, they involuntarily point their feet toward the door. That could be true. In conversation, I listen and look for the involuntary clues that tend to escalate as we get closer to the sore spot. In my role as an Assistant Dean, I have had many meetings with students that present problems like, “I’ve been turning things in but they aren’t registering on Moodle. There must be something wrong with your system.” Parents of great students can be quick to come to their student’s defense because the track record, until now, has been strong. If, however, shame, guilt, or embarrassment is driving the student to a modern-day version of the-dog-ate-my-homework-excuse, and if momma bear is unintentionally supporting the lie, it is doubly hard for the student to admit their self-protecting story. For any one of us, the more we defend an untruth, the more the pressure and anxiety grows. You likely know what your student looks like when they are growing uncomfortable. The escalated pitch in your student’s voice, the inability to make eye contact, the fidgets, the flushed face, the outburst, or the rapid-fire interrupting in conversation…probably mean you are getting closer to the truth.

Of course, I always want to believe a student first. We make a point of telling them that our job is to help them succeed, not to question their character. There are times that multiple staff members will spend many hours researching the digital trail, stepping into conversations with faculty, or documenting email strings, to try to understand what went awry—or if what went wrong was that the student was trapped in their own lie. When a student who is used to getting A’s is facing their first C or getting behind becomes paralyzing procrastination, natural consequences will speak louder than a lecture. The best way to remove the mushroom cloud over their head is more likely to be finding a way for them to share the truth so we can put a recovery plan in place. As Beth Moore says in her book, So Long, Insecurity, “We're going to have to let truth scream louder to our souls than the lies that have infected us.” Demonstrating that we want to help, not accuse, is critical is we are trying to create a safe zone for transparency.

BE AWARE OF YOUR OWN DEFENSES. The people we love the most have the power to hurt us the most, too. They know that. They love us, too. That’s why the people we love the most are often the ones that lie to us the most. Knowing that doesn’t protect us from our reaction when we discover the truth. Jean-Paul Sarte said, “The worst part about being lied to is knowing you weren’t worth the truth.” There is real pain in thinking that we weren’t seen as trustworthy. To think of ourselves as a primary support and know that our student, or for that matter, our colleague, our spouse, or our own parent, did not trust us with the truth, opens the wound that is the very thing the liar was trying to avoid. To not be trusted breaks trust. So, take care when entering a conversation about mistakes and missteps.

Be careful with your words but set the stage for honest conversation with transparency in your approach. I’ve had a lot of opportunities to think about how I hope it will go the next time I’m faced with that gnawing feeling that there’s more to the story. In my mind, I’m practicing, “I expect I might hear something that hurts me, or hurts us, but the truth is, we can’t face it together unless it is out in the open. I will do my best to receive the truth as a gift despite the hurdles that may be ahead of us. In return for your transparency, I will be careful with my words in response but I promise to be honest about what needs to happen next.” Ultimately, I am working toward being as honest as I can be, even when others are not. I am working to build relationships that don’t require me to sleuth out the imposter. To love my student, my spouse, and my support team like Jesus, looks less like the gameshow To Tell the Truth and more like I’m really open and ready To Face the Truth with grace.