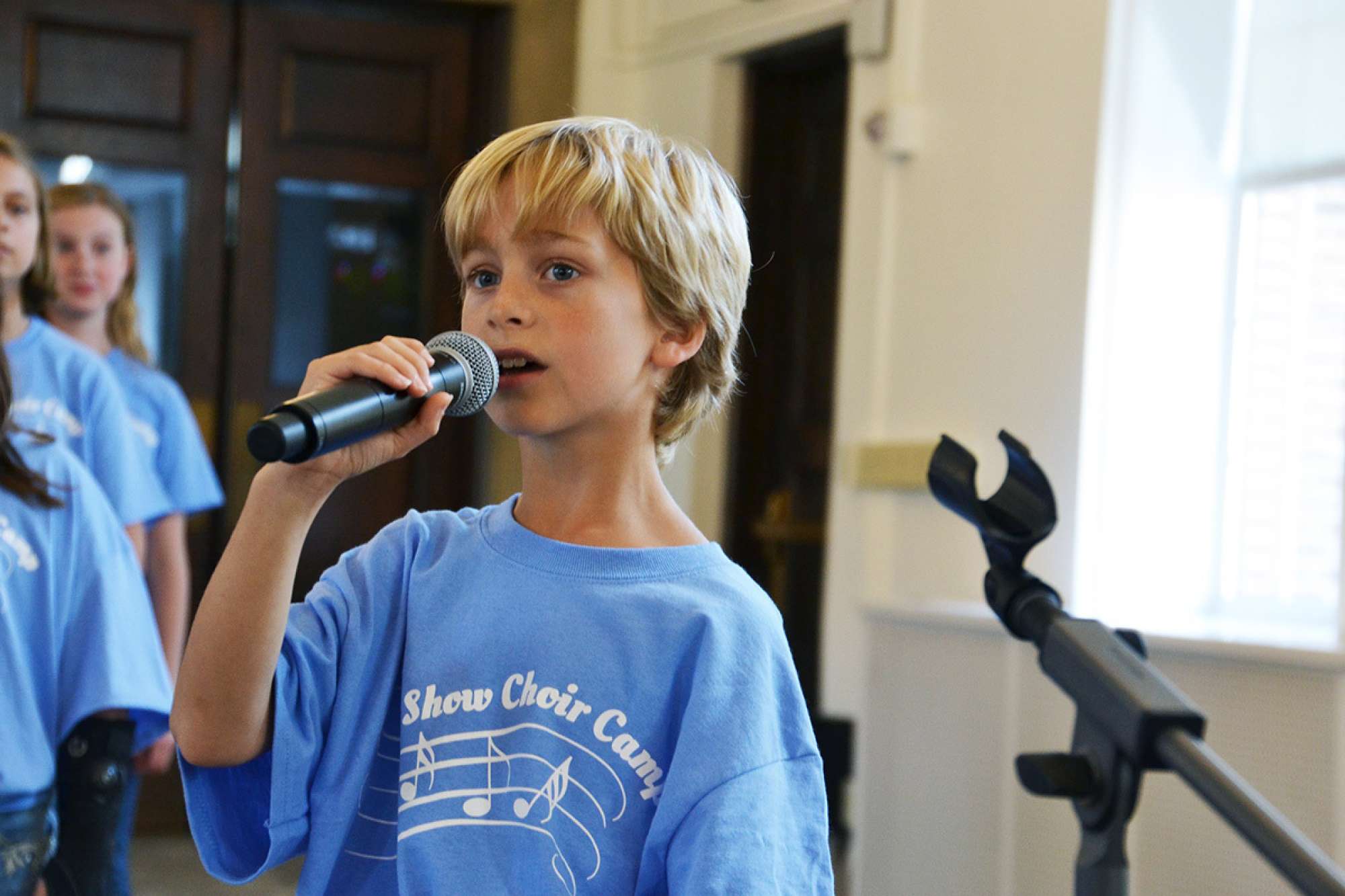 Calling all 9–16 year olds that love to sing, dance, and act to join the Show Choir Camp! This camp will consist of musical rehearsals, private voice lessons, private dance lessons and master classes combined to prepare for a final exciting show choir performance.

The Show Choir will put on a performance at the end of the camp week to showcase their music and choreography.

Masks are encouraged but not required when inside Northwestern buildings.

1. Returning students: register at our online site or by contacting the Academy of Music office at 651-631-5108 to register over the phone. Evan R. Jones is a choir director at Waconia High School and Middle School in Waconia, MN. After school, he is a show choir director in the Power Company family of show choirs working with the groups Shockwave and Pulse and is also the middle school musical director. While in Waconia, he has also worked as director/choreographer for Illuminations and assistant director for The Current show choirs.

His curricular choirs can be seen performing for festivals and honor choirs for organizations such as ACDA and MMEA. Recently, one of his choirs performed at the ACDA Choral Festival in November 2021.

In the summer, he enjoys directing the Power Company junior show choir camps in Waconia and is the cofounder/director of the Show Choir Camp at the University of Northwestern in Saint Paul, MN.

Mr. Jones has a degree in Vocal and Classroom Music Education (K-12) from the University of Northwestern - St. Paul. He, his wife Christy, and their son reside in the Minneapolis area and are thankful to share the blessings of Christian faith and music in their home together. Hannah taught K-8 music and directed choirs at Avail Academy, Minnehaha Academy, and in the Waconia School district. Hannah also has enjoyed singing soprano in Magnum Chorum, one of the top auditioned choirs in the Twin Cities area, since 2015.

Hannah has a degree in Vocal Music Education from University of Northwestern- St. Paul. She and her husband live in the Twin Cities with their children who keep their life full of excitement and joy!