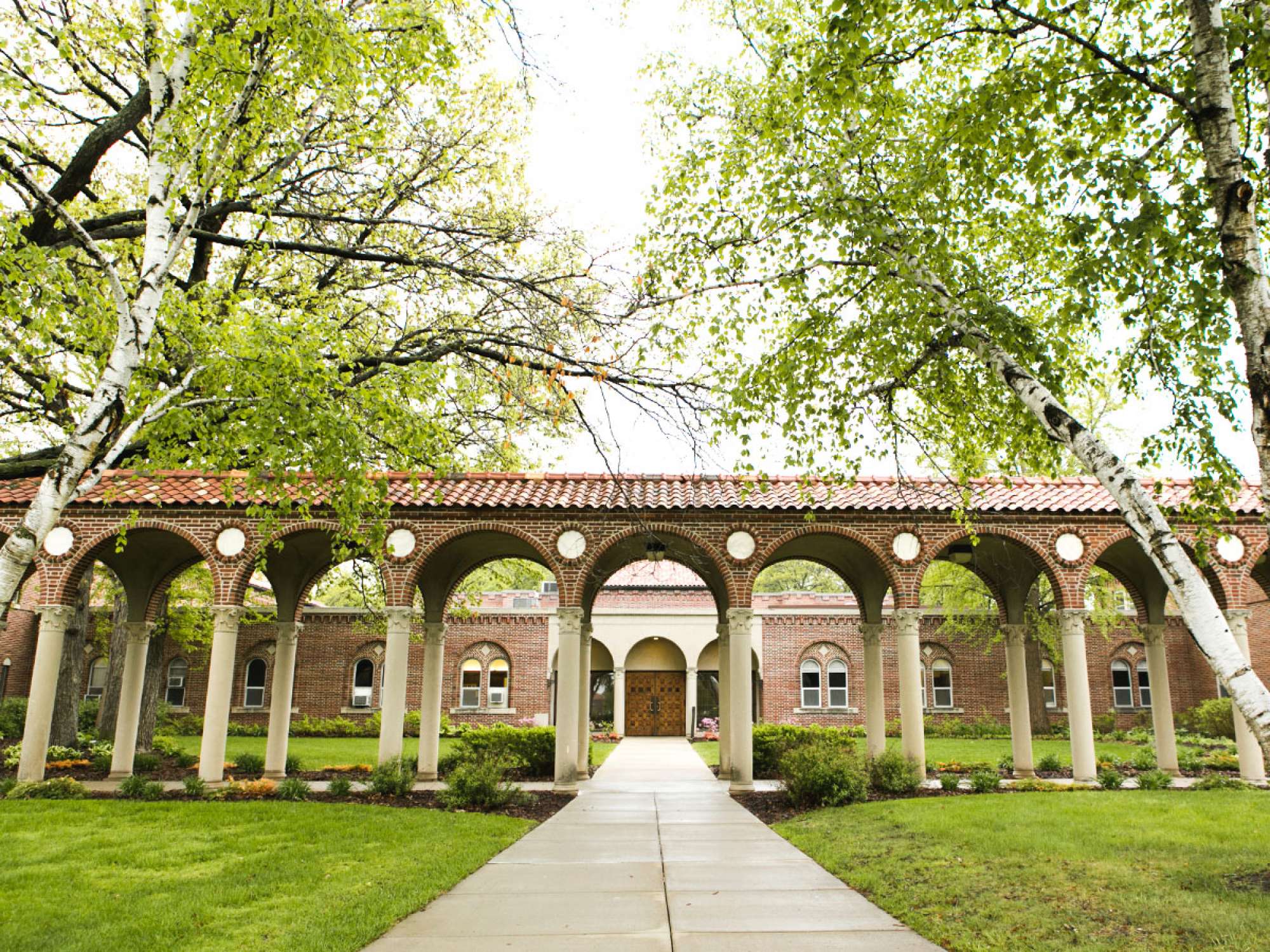 Riley Hall serves as the primary administrative building, also housing the Office of the President in addition to numerous classrooms and two computer labs.

Saint Austin's House (now Riley Hall) was built in 1961 for Nazareth Hall Preparatory Seminary in response to its expanding student population. It is located south of the original Nazareth Hall building.

The Archdiocese of St. Paul commissioned the design from the St. Paul architectural firm of Voigt and Fourre. The architects prepared detailed plans, dated between July and October 1960. Ground clearing began in June 1960, and the cornerstone was laid in October of the same year. Completed in time for the fall 1961 term, Saint Austin's House was dedicated by Archbishop William O. Brady on October 11, 1961.

In many ways, Saint Austin's House both echoes and complements the original. It uses similar construction methods and materials, reinforced concrete faced with tapestry brick and carved limestone details. Like the main building, Saint Austin's House has a complex plan that encompassed a variety of uses and functions.

When Northwestern took over the campus, the building was renamed Riley Hall in honor of the institution's first president, Dr. William Bell Riley. As Northwestern's enrollment has continued to increase, further changes have been made to Riley Hall in the last 20 years to adapt existing spaces for current use.

From the airport by car:
Follow I-494 west to I-35W north to Hwy 36 east. Exit on Snelling Ave north. Turn left at the third stoplight, Lydia Ave.

This location is accessible to wheelchairs, and has a handicap door button. A Reluctant Leader Leaves A Legacy

Visit Us On Campus