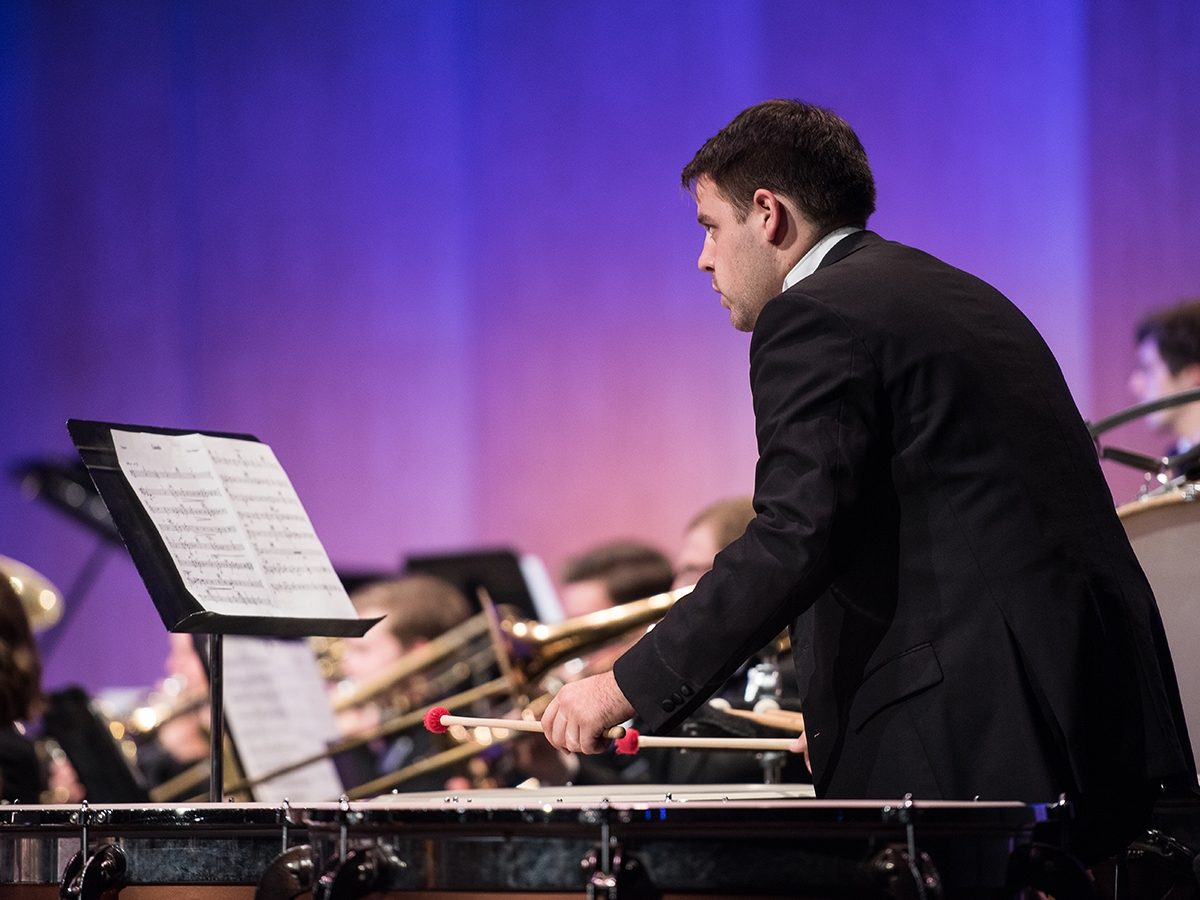 Cassandra Bechard, Director of Bands, Named to Yamaha 40 Under 40 List

BUENA PARK, Calif. — Dr. Cassandra Bechard, Director of Bands at the University of Northwestern – St. Paul (UNW), was recently named to the Yamaha 40 Under 40 music educators list. The 40 Under 40 music education advocacy program, now in its second year, was established to honor music educators at all grade levels. Dr. Bechard has been identified as one of the exceptional music educators in this age group who possess action, courage, creativity, and growth characteristics while going above and beyond when instructing music programs.

Bechard, who also serves as an assistant professor of music in addition to her role as Director of Bands at Northwestern, joined the music faculty prior to the 2021-2022 academic year. At Northwestern, she directs the symphonic band and jazz band. She also teaches conducting lessons, a methods course, and contributes to the Creative Ideas course that includes all of the arts and discusses how justice is shown through them. Off-campus, Dr. Bechard supervises the Minneapolis-based Seward Concert Band.

Upon her recognition from Yamaha, Bechard noted, “I was completely shocked and humbled by this incredibly honor. I cannot do my job effectively without the student musicians who play in my ensembles, so they deserve a huge thank you and round of applause.”

Bechard’s name was one of hundreds submitted for the Yamaha list of honorees. "Despite another year of challenges, educators are undertaking the most innovative, creative, and impactful programs to make a difference in strengthening and encouraging music education nationwide truly," said Heather Mansell, segment marketing manager, education at Yamaha. More information about the 40 Under 40 group of educators and what they are doing in their local communities is available on Yamaha’s website. University of Northwestern – St. Paul (UNW) is a nondenominational Christian university in St. Paul, Minn. With a biblical worldview integrated into all programs, UNW provides a unique educational experience for students who want to combine faith and education. Northwestern offers 75+ areas of undergraduate study, seven master's degrees, and online and early college programs. Northwestern Media, a ministry of the university, owns and operates 23 Christian radio stations throughout the Midwest with a total listenership of more than 1.35 million listeners.