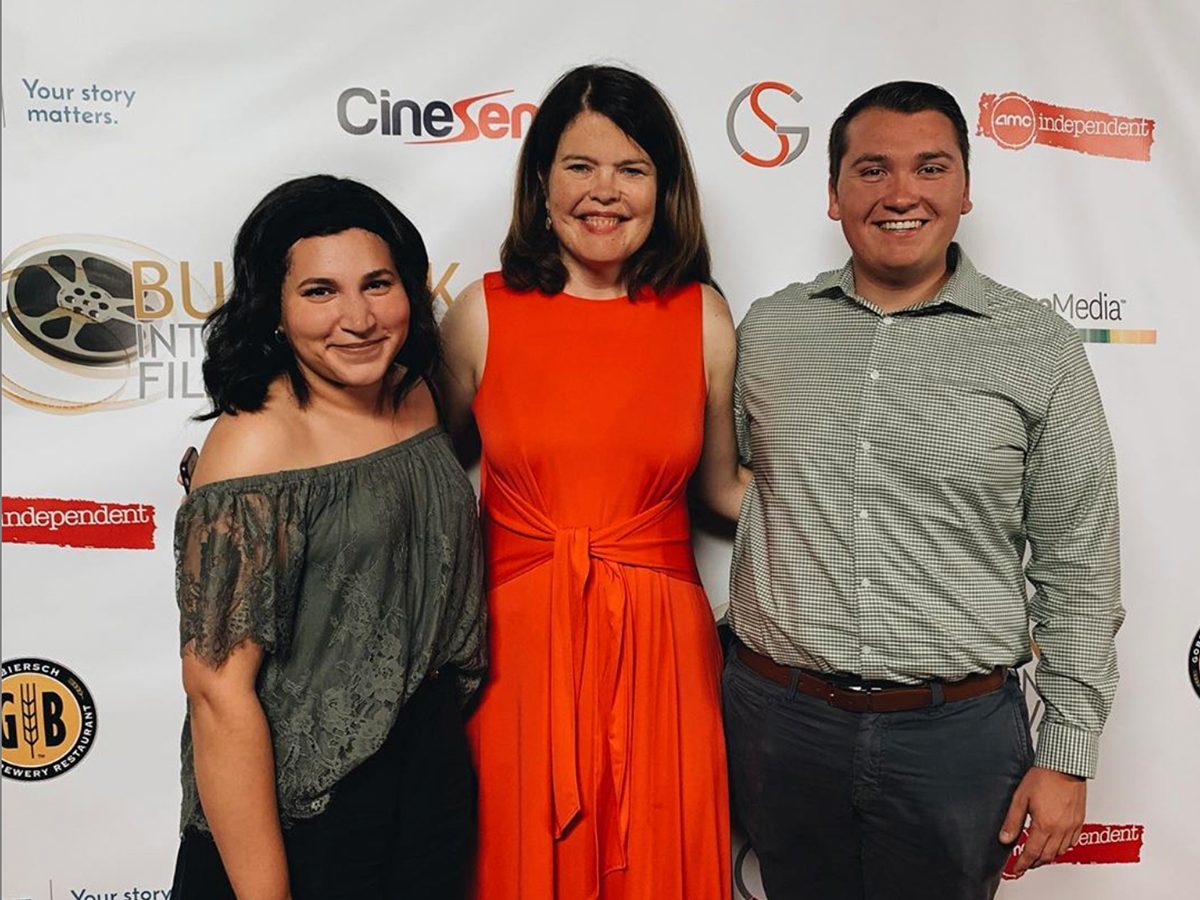 By Linda LaFrombois on Tuesday, September 17, 2019

The red carpet in AMC Burbank theater, only miles from the heart of Hollywood. It's the Opening Gala at the 2019 Burbank International Film Festival. The sounds and flashes of cameras fill the room.

UNW students spend months creating an original short film under the direction of Professor Sorenson. Surpassing all expectation, the film is selected for screening in festivals across the country. This scene opens with Sorenson and student producers pausing for photos before entering the screening room. My First Funeral will make its West Coast debut as a festival semifinalist in mere minutes. All that led to this moment—and what happens next—is nothing short of extraordinary. 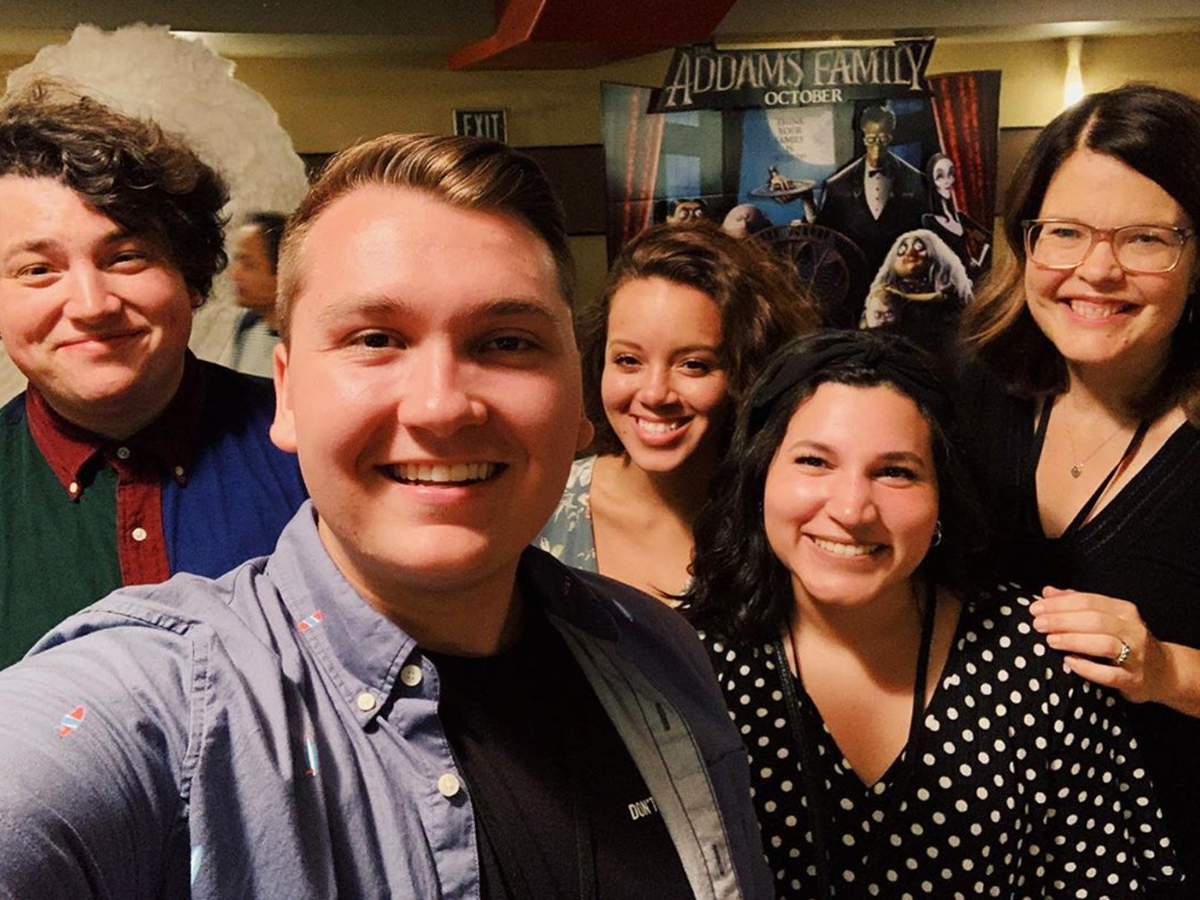 It’s not where you’d expect to find Northwestern students and faculty posing for cameras just days after fall classes began. But that’s exactly where they were on Thursday, September 5.

Ann Sorenson and her film students walked the red carpet at AMC Burbank theater during the Opening Gala at the AMC Burbank theater. They were on their way to the screening of their original short film at the eleventh annual Burbank International Film Festival.

“Fresh from seminary, Pastor Paul has diligently prepared for his first funeral. He soon realizes that no amount of prep can ready him for this funeral.”

Auditions for My First Funeral were held on Northwestern’s campus early last fall. The cast was selected, and Sorenson, director of the film, led the actors through their first reading of the script on the evening of October 10, 2018.

After the standard sequence of rehearsals, set coordination, equipment prep, hair and makeup sessions, filming, photography, social media sneak peeks, and film editing, a small audience gathered in rows of black chairs for the premiere of My First Funeral. That was in late March.

Fast forward five months, and this “quirky midwestern film” made its way all the way to the West Coast to debut as a semifinalist in the 11th Annual Burbank International Film Festival.

This past summer, My First Funeral screened at the University Film and Video Association annual conference. The 14-minute film also screened at the Iowa independent Film Festival, made its international debut as a Best Short Film nominee at the Canadian International Faith and Family Festival, and premiered at the Salty Earth Film Festival in Wisconsin last weekend—where it won Best Comedy Short! 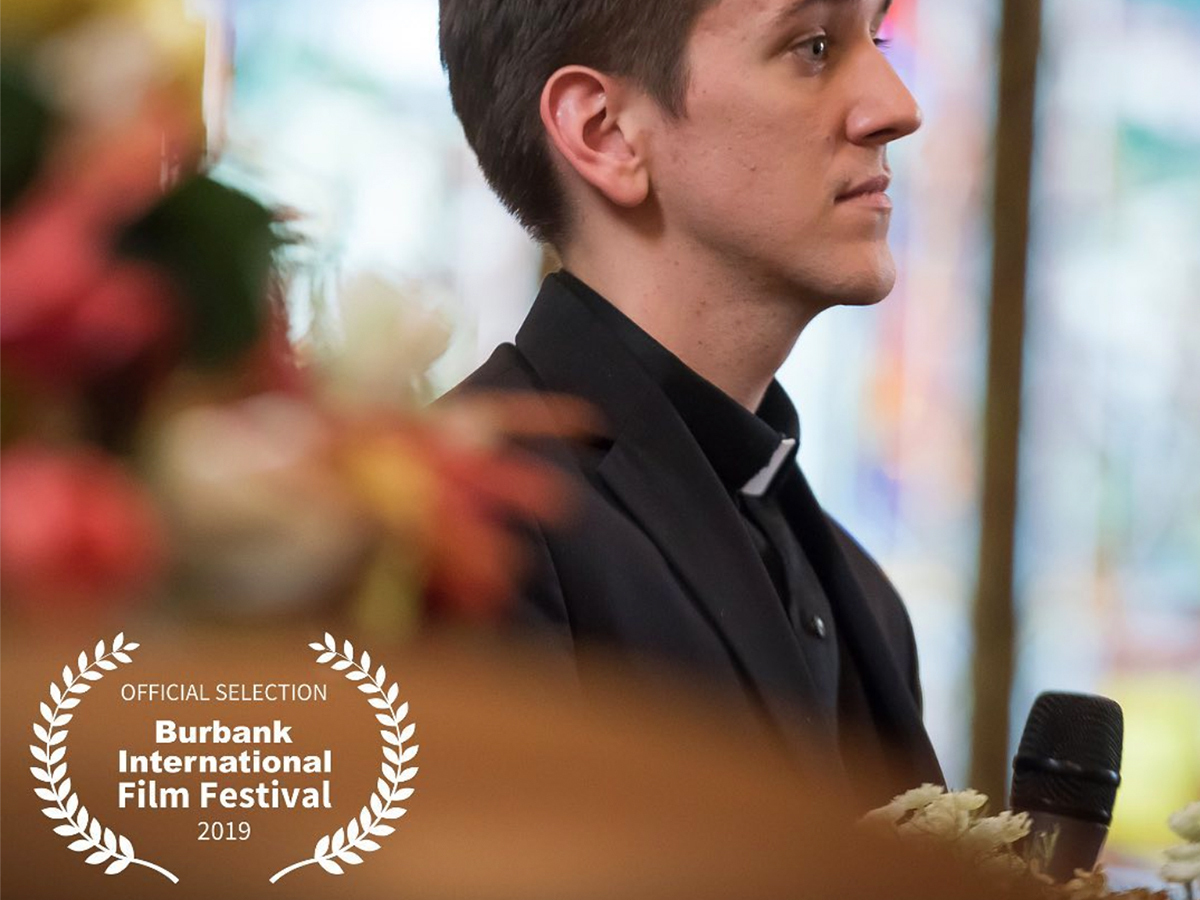 Written by Twin Cities-based photographer Sarah Morreim, My First Funeral is a “warm-hearted comedy” about a small-town pastor’s experience officiating his first funeral. The story is based on Morreim’s father, a retired Lutheran pastor who officiated numerous funerals in his 30-year career.

A pastor's wife, director Sorenson also has a wealth real-life experience in observing and comforting the grieving through funerals.

I was thrilled to invite students into the film’s production process and witness the mentoring that took place between the students and professionals on set. The students grew tremendously. When production was done, they said, 'We need to do that again next year!'

Made possible by a collaborative faculty/student grant and support from Slate and Main, My First Funeral was filmed largely in St. Peter Lutheran Church in Afton, Minnesota. Filming at the church exposed the students to the unique demands of filming on location and provided a hands-on environment for collaboration and mentorship with Andrew Hatling, UNW adjunct professor, and professional cinematographer Gregory Winter.

Her areas of specialty at Northwestern include film production, script writing, and visual narrative. She is also a founding member of Minnesota Women in Film and Television. 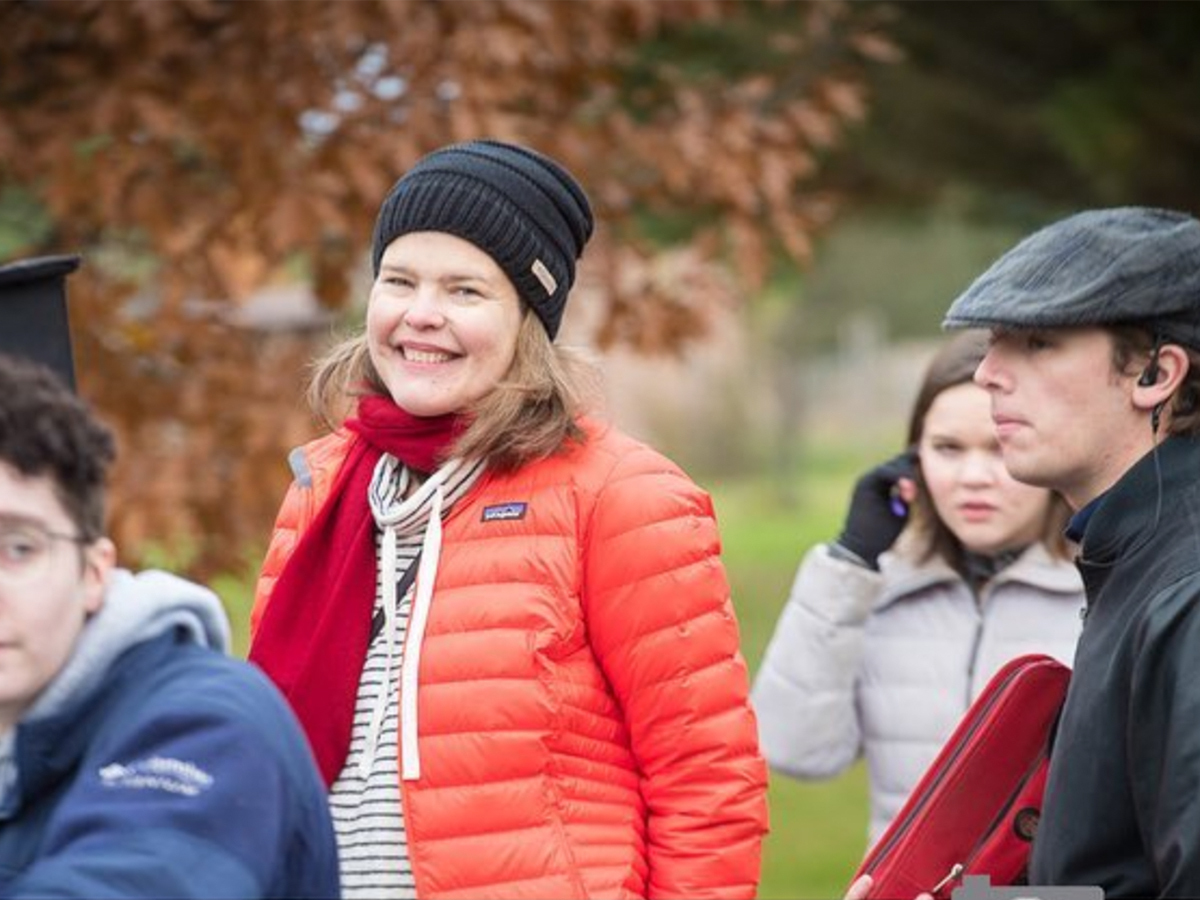 This film is an excellent example of how UNW faculty include students in their professional work. These experiences build on classroom learning and prepare students to transition from college to career.
—Jeremy Kolwinska, AVP for Academic Affairs and Dean of the College of Arts and Humanities

Sorenson credits a summer at UCLA for igniting her passion for film. In addition to opportunities to create film through Northwestern Productions and the Five16 Film Festival, students who study film at UNW also have an opportunity to be immersed in the California film industry through a semester at the Los Angeles Film Center (LAFSC).

Founded in 1991, LAFSC trains students to serve in various aspects of the film industry with professional skill and Christ-centered integrity. While there, students live, study, and work in one of the primary film and television production centers in Los Angeles. Internships in various segments of the film industry through LAFSC provide students invaluable hands-on experience.

When My First Funeral was still in production, Sorenson was hopeful the film would be introduced to local film festivals and receive recognition in the Twin Cities film arena. Her aim was to open networking opportunities for her students.

Instead, her student-produced, made-in-Minnesota movie hit the big stage as an international film festival semifinalist north of the border and travelled all the way on the West Coast, and received a festival award in between.

Want to Study Film in L.A.?

The communication studies degree prepares you to work with a broad range of channels. Including film,...