Learn about the deep consideration and incredible intentionality that went into the creation of the Annunciation Chapel, now known as Nazareth Chapel. 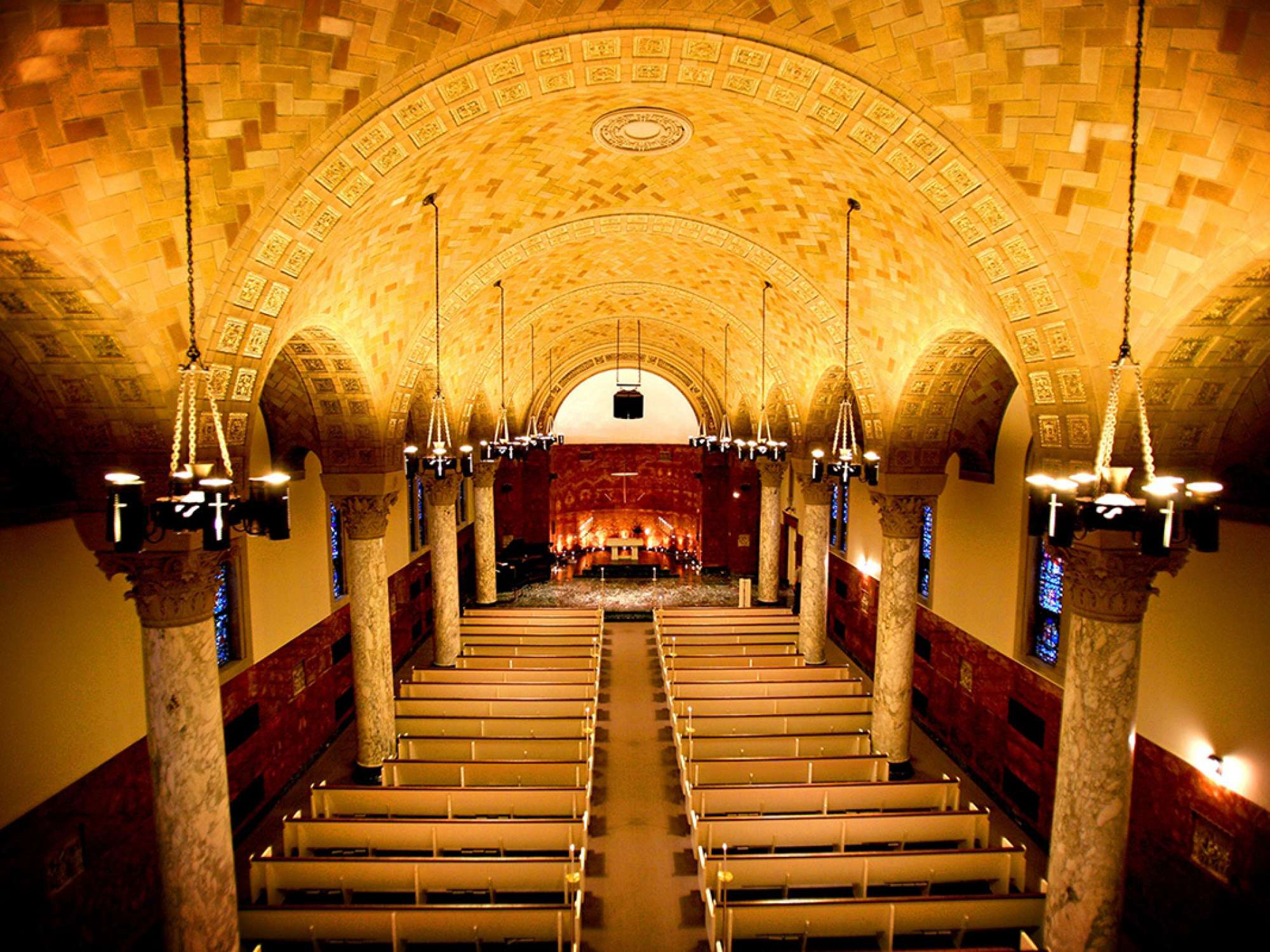 The Annunciation Chapel, now known as Nazareth Chapel, is an architectural gem. Red Numidian marble from Africa adorns the lower portion of the aisle walls and the walls of the semicircular apse. Stations of the Cross, created in bas relief, are placed in the walls around the perimeter of the chapel. The upper walls are plaster, a simple backdrop for the arched stained-glass windows created by the Charles J. Connick Studios.

Polished and veined gray marble columns with foliate capitals support arches opening to the side aisles and the Guastavino tile ceiling vaulting. The cream-colored tile is set in a herringbone pattern. The spanning arches are adorned with ornamental panels. The semi-dome of the apse, originally covered with gold leaf, has been painted white. Green marble steps lead up to the altar area. The original chapel furnishings, including the wall sconces, chandeliers, pews and wall colors, were provided by the John S. Bradstreet and Company studios.

When the archdiocese closed Nazareth Hall, the baldachin and the altar were removed. In December 2005 both were installed in St. Michael's church in St. Michael, Minnesota. University of Northwestern also installed the existing pews, carpeted the stone floor, and added the existing chandeliers to Nazareth Chapel. The paneled wood doors leading into the chapel were recently restored to their original brown color.

The sacristy is located off the altar area of the chapel and was intended for the preparation of the materials of the mass and the storage of vestments. The space still retains many of its original architectural features, including the plaster walls and stained wood cupboards supplied by Villaume Box and Lumber Company.

College is an investment, and we invite you to come visit to see what our students love Northwestern! You can...