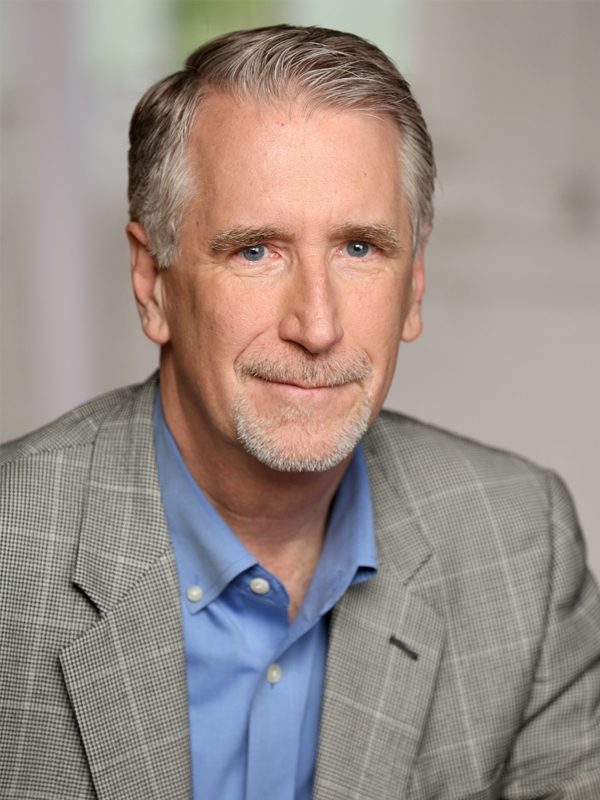 Dennis Babcock is President/CEO of The Daniel Group, which produces Triple Espresso, To Begin With and That Wonder Boy. He began his professional career in 1973 as an actor at The Guthrie Theater, Minneapolis, under the direction of Michael Langham. In 1978, as the Guthrie’s Special Events Producer, he created the Live at the Guthrie series to bring a variety of theatrical and musical artists to the Twin Cities. These included such celebrities as Princess Grace of Monaco, Henry Fonda, James Whitmore, Joel Grey, Robin Williams, Julie Harris, Hume Cronyn, Jessica Tandy, Neil Sedaka, Melissa Manchester and Sir Cliff Richard.

Dennis was the Managing Director of the Pittsburgh Public Theater from 1982–84 and returned to the Guthrie to serve as General Manager from 1984–86. In 1986 he formed PalmTree Productions, Inc. which produced such acclaimed shows as Vincent, with Leonard Nimoy, Grandma Moses—An American Primitive, with Cloris Leachman, and he collaborated with John Astin in the creation and original production of Once Upon A Midnight.

Since 1996, Dennis has produced Triple Espresso in 50-plus cities in the United States and six foreign countries and has overseen the translation and production of the show into German and Flemish. For five years, Dennis served as President/CEO of Christmas Carol, Inc., which produced Charles Dickens’ A Christmas Carol in theaters across America, with stars such as Wilford Brimley and John Astin in the role of Ebenezer Scrooge.

In 2012, as part of the Dickens Bicentenary Celebration in London, Dennis was privileged to receive an invitation to Buckingham Palace, where he met Her Majesty the Queen of England and the Duke of Edinburgh.

Dennis is an avid runner, has completed 28 marathons, and belongs to the “Seven Continents Club.” He served for six years on the Board of Directors of the Medtronic Twin Cities Marathon. For seven years he served as Chairman of the Board of Media Fellowship International, Inc., a Christian ministry that serves professionals in the media and entertainment industries. He lives in Minneapolis.