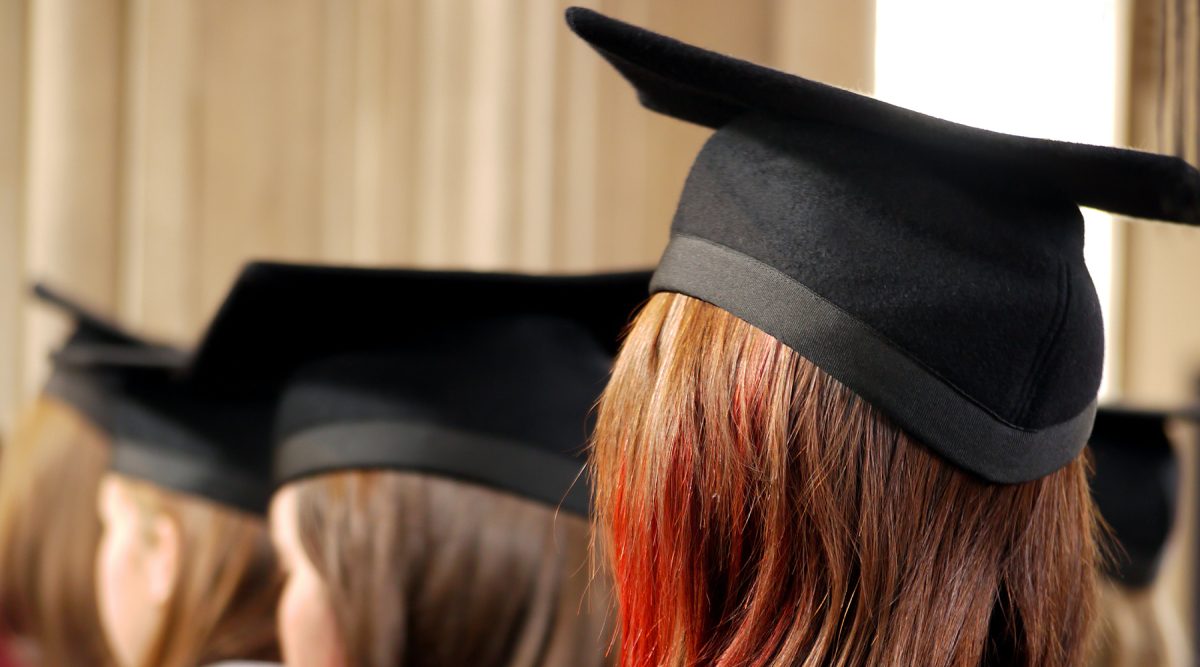 ST. PAUL, Minn., May 11, 2022 – The University of Northwestern – St. Paul (UNW) is scheduled to confer 347 degrees on Saturday, May 14, as both undergraduate and graduate students walk across the John Lord and Beverly Knight Performance Hall stage to receive a diploma in recognition of their countless hours of study, research, collaboration, and application.

Of the 347 anticipated graduates, Saturday’s two ceremonies—one at 10 a.m., the other at 2 p.m.—will honor 299 students with bachelor’s degrees, along with 25 individuals who have completed the necessary coursework and requirements for a master’s degree. 23 students are slated to receive associate of arts diplomas. Of the bachelor’s degrees scheduled to be awarded, a majority will be distributed to those students who are concluding their studies in the fields of nursing (40), business (39), and education (35).

The identical ceremonies will include remarks from President Dr. Alan Cureton, Provost Dr. Janet Sommers, and multiple faculty members, as well as a musical performance by the Northwestern Choir under the direction of Timothy Sawyer. Shirley Hoogstra, J.D., who serves as President of the Washington, D.C.-based Council for Christian Colleges and Universities (CCCU), is the featured commencement speaker. After a distinguished career as a lawyer, Ms. Hoogstra was Vice President of Student Development at Calvin University (formerly Calvin College)—her alma mater—in Grand Rapids, Mich. before being nominated to lead the 185-member CCCU in 2014. As the organization’s chief executive and a respected voice in the national higher education conversation, Mrs. Hoogstra spends her days with both leaders of Christian institutions and elected officials on Capitol Hill, advocating for expanded diversity efforts and making education available, accessible, and affordable to all students.

Saturday’s commencement ceremonies are ticketed events. A live stream option is provided for friends and family members who are unable to physically attend. The live-stream links, along with other event details, can be accessed on the Northwestern commencement webpage.

University of Northwestern – St. Paul (UNW) is a nondenominational Christian university in St. Paul, Minn. With a biblical worldview integrated into all programs, UNW provides a unique educational experience for students who want to combine faith and education. Northwestern offers 75+ areas of undergraduate study, seven master's degrees, and online and early college programs. Northwestern Media, a ministry of the university, owns and operates 23 Christian radio stations throughout the Midwest with a total listenership of more than 1.5 million listeners. Visit unwsp.edu for more information.